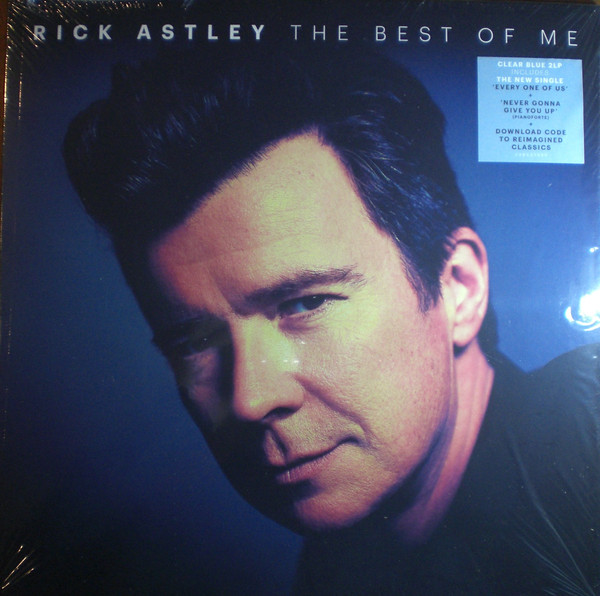 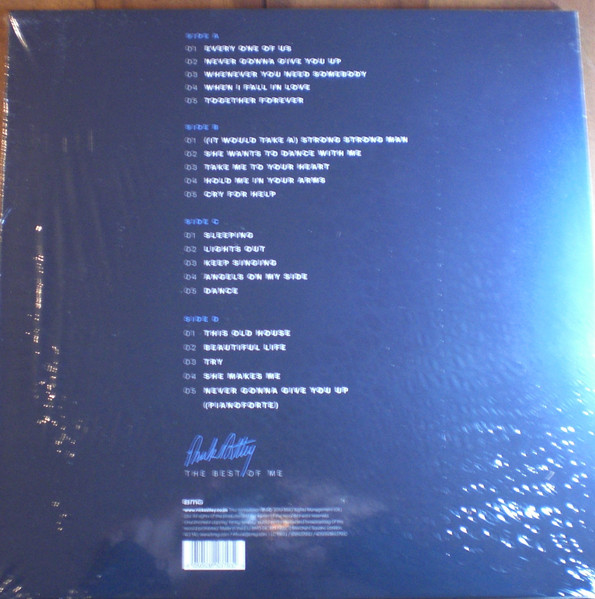 The Best Of Me (Blue Vinyl)

The Best of Me is a greatest hits album by English singer-songwriter Rick Astley. It was released on 25 October 2019 by BMG.[1][2][3] The album includes the single "Every One of Us", which was released in September 2019.

The album has two discs, a disc of old recordings, and a second disc that consists of new recordings of "reimagined" old songs with new interpretation. It includes a stripped-back, slowed-down version of "Never Gonna Give You Up" accompanied by pianoforte.[4] It also includes a new song, "Every One of Us",[5] which was released on 12 September 2019 as the first single from the album with a post on Twitter from Astley, who also confirmed the title of the album and its release date.[6][7]

The Best of Me reached number 4 on the UK Albums Chart and number 1 on the UK Independent Albums chart.