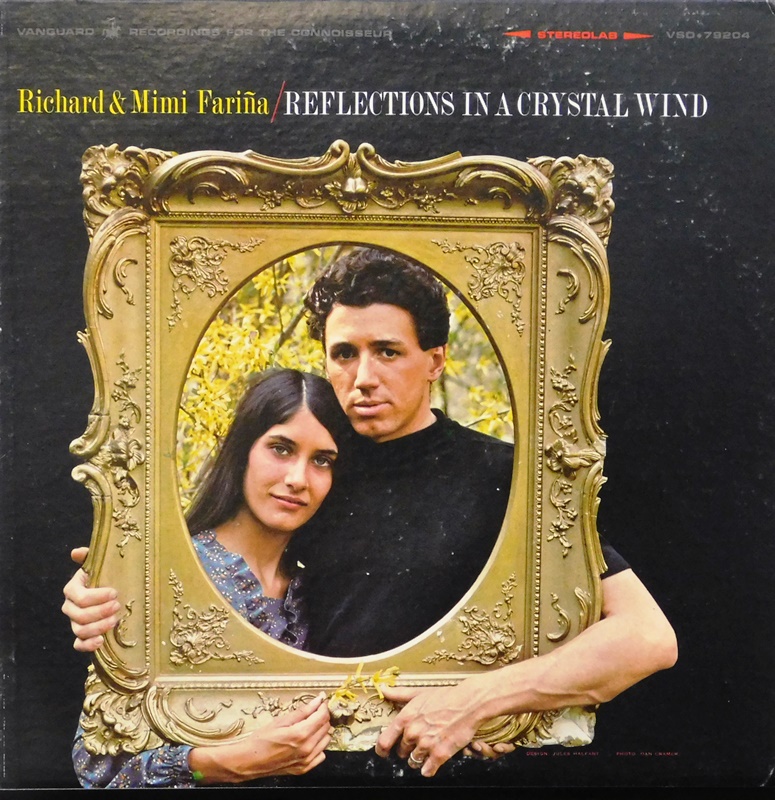 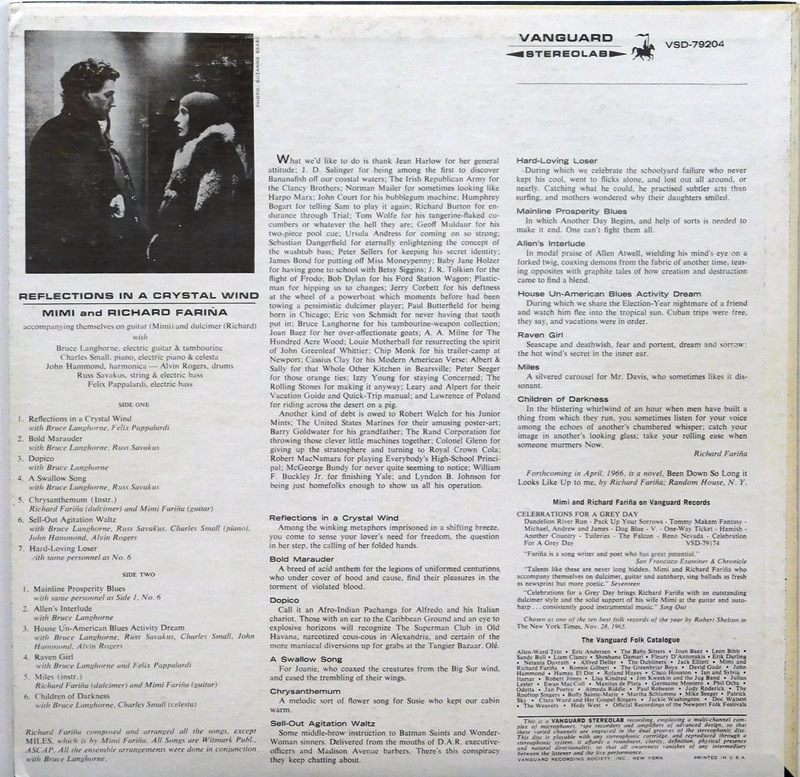 Reflections In A Crystal Wind

Mimi and Richard Farina was a remarkably diverse, though short-lived act.  I would give the early recordings three stars for what they accomplished and five stars for what they attempted.  These two were really, really early in presenting singer-songwiter folk with 1960s-style electric accompaniment.  If I could have only one of their albums, it would be "Celebrations for a Grey Day;" but it seems to me many listeners could find a great deal to like on this album.  A lot of popular music lovers would do well to familiarize themselves with the work of Mimi and Richard Farina.

Basically a continuation of the first album with a slightly more electric feel, finding Richard developing deeper insight and a subtler touch.