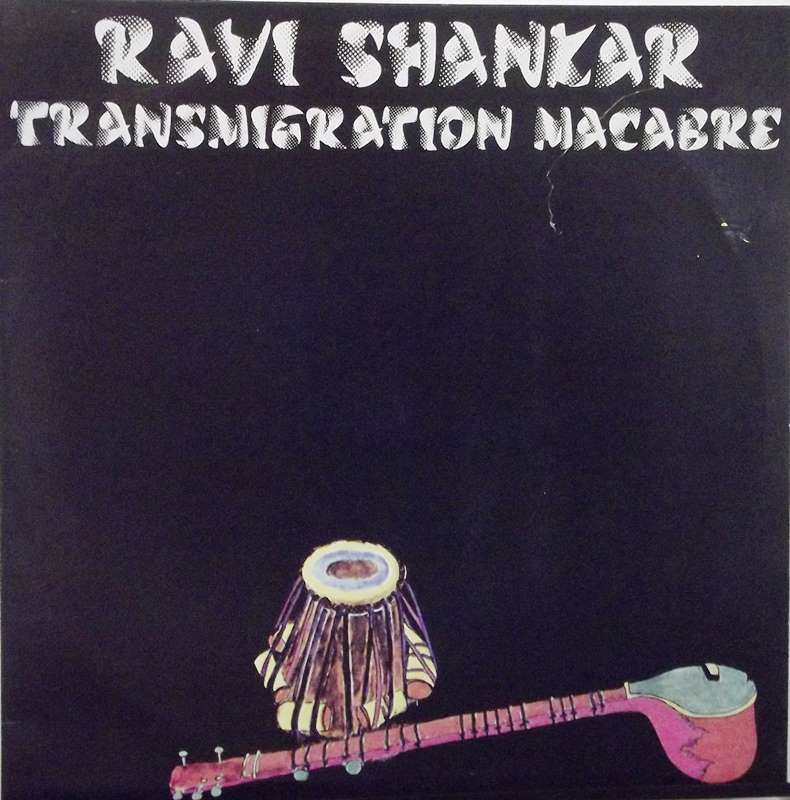 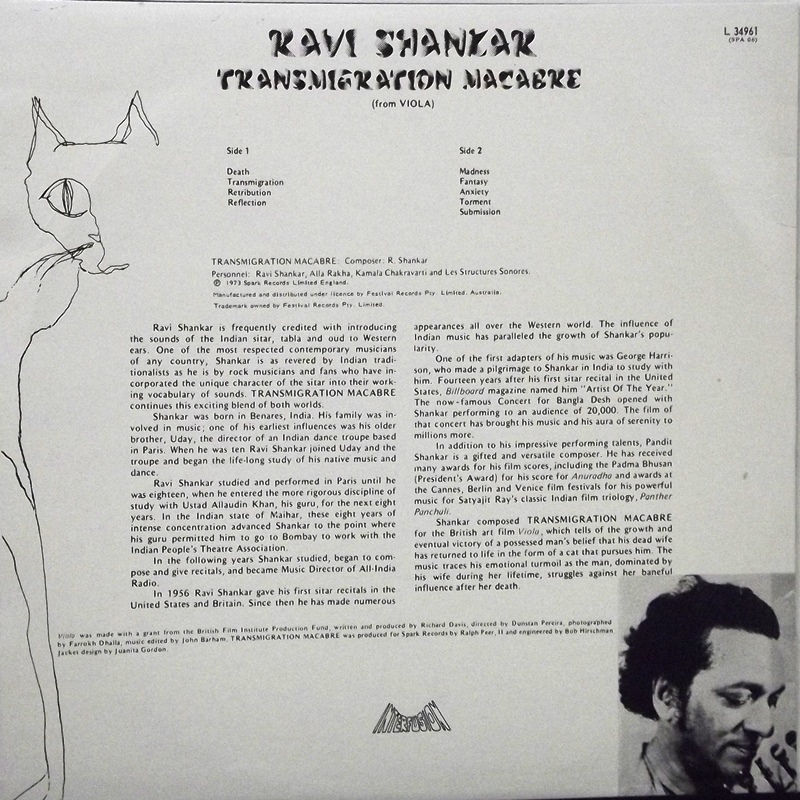 Transmigration Macabre was composed by Ravi Shankar, according to the liner notes, "for the British art film Viola which tells of the growth and eventual victory of a possessed man's belief that his dead wife has returned to life in the form of a cat that pursues him. The music traces his emotional turmoil as the man, dominated by his wife during her lifetime, struggles against her baneful influence after her death." It's hard to tell how successful the score functioned without access to this obscure film, but on its own terms, it's decently haunting Indian music. Perhaps it's more subdued and, at times, more disquieting than Shankar's usual approach, reflecting song titles such as Anxiety, Madness, and Torment. The percussion and rhythm in those numbers get rapid and tense, though they are not at odds with how passages in Indian classical sometimes accelerate and build in tempo. This is balanced by gentler numbers, again complementing the mood of the work titles (Submission, Reflection, Fantasy), though ominous undercurrents remain even in some of the quieter moments.