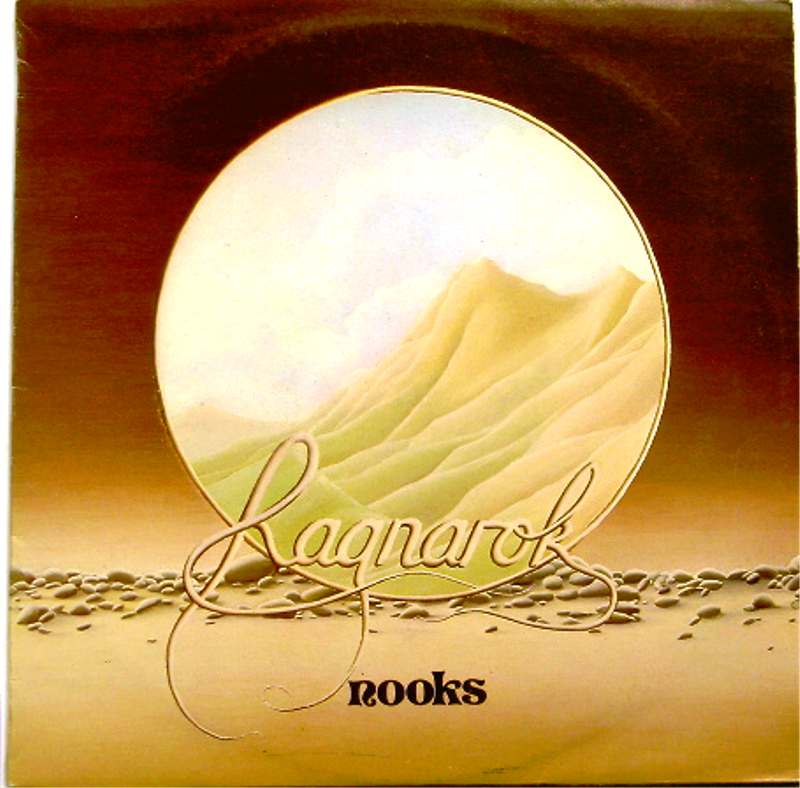 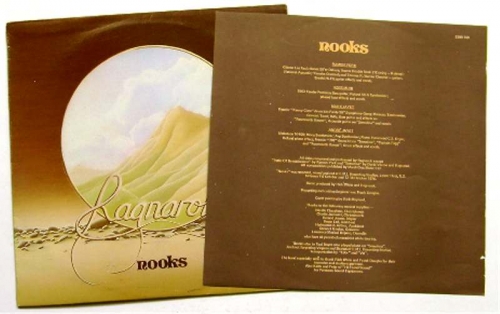 Formed in 1974, the group’s short story consists of two marvellous albums – their self-titled debut Ragnarok (1975) and follow-up Nooks (1976) – together with a lot of touring and pub residencies. They were gone by 1978, having barely scratched the public consciousnessIt wasn’t that we never fell under the spell of the genre. In the early 1970s, albums by progressive rock titans like Emerson, Lake & Palmer and Yes sold like hotcakes, and Jethro Tull performed here to wide acclaim. Classical music critic William Dart could even be found extolling the virtues of the 1972 Yes album Close To The Edge in the pages of The NZ Listener, promoting it as a brave new music that finally legitimised rock as something for serious contemplation.Running a progressive rock ensemble was seriously expensive, with the necessity to purchase and maintain cutting edge technology.

No, we loved the impossible time signatures, 20 minute epics, sword and sorcery lyrics and massed banks of squealing synthesisers as much as any nation on earth, and remember, that’s heaps: in 1971, Jethro Tull was the second most popular touring act in America, trounced only by The Rolling Stones, and for a brief period in 1973, EL&P were judged the most popular rock band on earth.

It’s just that homegrown examples were almost as rare as hens’ teeth. And it wasn’t that we had the good taste to avoid the more extravagant pomp and excess of progressive rock, it just came down to sheer economics. Running a progressive rock ensemble was seriously expensive, with the necessity to purchase and maintain cutting edge technology (banks of synthesisers) and tour with massive PA systems. That was never going to work in NZ, and there was the small but prescient fact that electronic gear would be taxed heavily at customs.

Unlike England, few of our underground rock groups had evolved from psychedelia through to prog: mere hints of the genre are to be found on the first two Dragon albums, and in the jazz-rock fusion of Living Force. Then there’s the still awe-inspiring Split Enz debut, Mental Notes, which draws from early Genesis and the dystopian Mellotrontopia of King Crimson’s In The Court Of The Crimson King as much as it vibes off the art end of glam via Roxy Music. Others like Schtung and Think would have their moments too, but none matched Ragnarok in the prog stakes.

Still undervalued in the 2000s, Ragnarok have never seen their records properly reissued, and there’s no sign of any imminent revival. But listening to those two albums today, they’re phenomenal examples of their genre, a kind of space-rock hybrid with a bit of Hawkwind’s groove mantra, loads of mind-expanding psychedelics, surging Mellotrons, and mystical Norse mythology peppering their lyrics.

The debut album, released through Revolution, an independent label distributed by Pye, featured brothers Mark and Andre Jayet (drums and keyboards respectively), Ross Muir (bass), Ramon York (vocals, guitar) with the addition of singer-songwriter Lea Maalfrid. She brought a striking, impassioned and almost operatic flavour to the group that was a great contrast to the heaving Mellotrons, buzzing synthesisers and echoing psychedelia of the instruments. It’s one of the most unique albums released in NZ in the 1970s, and the hypnotic and very physical, almost funky at times, bass and drum work still sounds riveting.

By the time of Nooks, released through Polydor, Maalfrid had taken off to England, where she ended up writing hit songs for the likes of Sheena Easton and Bonnie Raitt, so it was down to a four-piece, now based in Napier. Though not as pummelling, psychedelic or consistent as its predecessor, Nooks has its own charm, with more space given to the textures of instruments which, let’s face it, were seldom heard on NZ stages: it’s buzzing with a variety of synthesisers, guitar synthesisers, the aforesaid Mellotron and a variety of percussion effects.

The group started out so promisingly, with a popular residency at Tommy Adderley’s Granny’s club.

The group, who launched a financially disastrous national tour of theatres around Nooks, was a wonder to witness live, especially in the last years with their huge, exceptionally good (for the era) PA that had been assembled by Peter Perreaux of highly regarded hi-fi company Perreaux. But it was that combo of hi-tech instrumentation and gear that Andre Jayet blames on the group’s early demise. As he writes on the liner notes of a limited edition CD-R of live material: “And no thanks to ‘Piggy’ Muldoon who deemed that band equipment was not tax deductible. Our investment became a millstone which facilitated in the demise, not only of Ragnarok, but many businesses in the music industry.”

The group started out so promisingly, with a popular residency at Tommy Adderley’s Granny’s club, and they were just as popular a drawcard at the “Buck-a-Head” concerts as Dragon and Split Enz. Touring extensively from 1975, they proved a top earner, perhaps giving them the misguided determination to invest in the expensive technology that ended up killing them off.