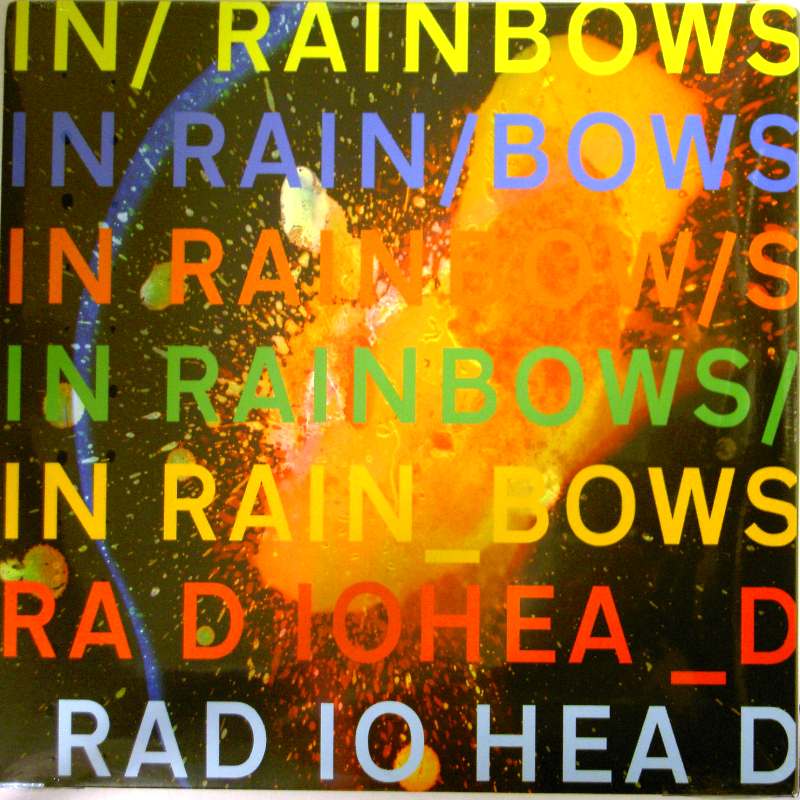 In Rainbows is the seventh studio album by the English alternative rock band Radiohead. It was self-released on 10 October 2007 as a pay-what-you-want download, followed by a retail CD release in most countries in the last week of 2007. The album was released in the United States on 1 January 2008 on TBD Records. In Rainbows was Radiohead's first release after the end of their contract with EMI.

Recording with producer Nigel Godrich, Radiohead worked on In Rainbows for more than two years, beginning in early 2005. Between recording, the band toured Europe and North America for three months in mid-2006, performing many new songs. The songwriting on In Rainbows was more personal than other Radiohead albums, with singer Thom Yorke describing most tracks as his versions of "seduction songs".[3] Radiohead incorporated a variety of musical styles and instruments, using electronic music, string arrangements, pianos, celestes, and the ondes Martenot.

The pay-what-you-want release, the first for a major act, made headline news across the world and sparked debate about the implications for the music industry. Upon its retail release, In Rainbows entered the UK Albums Chart and the US Billboard 200 at number one; by October 2008, it had sold more than three million copies worldwide in both digital and physical formats. The album earned critical acclaim and was ranked one of the best of 2007 and the decade by several publications. In 2009, it won two Grammy Awards for Best Alternative Music Album and Best Special Limited Edition Package. In 2012, Rolling Stone magazine ranked the album number 336 on their updated version of The 500 Greatest Albums of All Time.