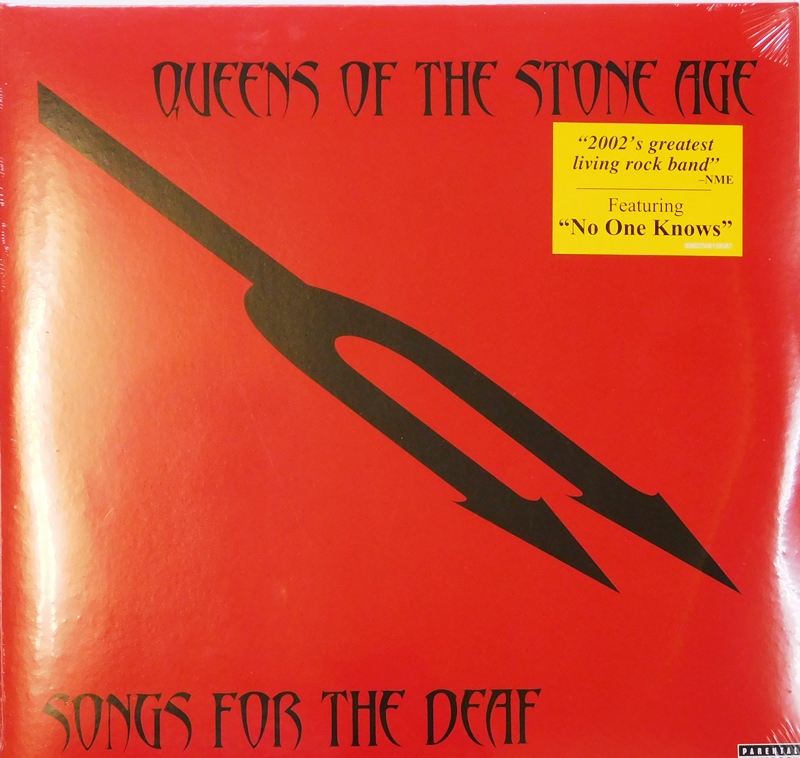 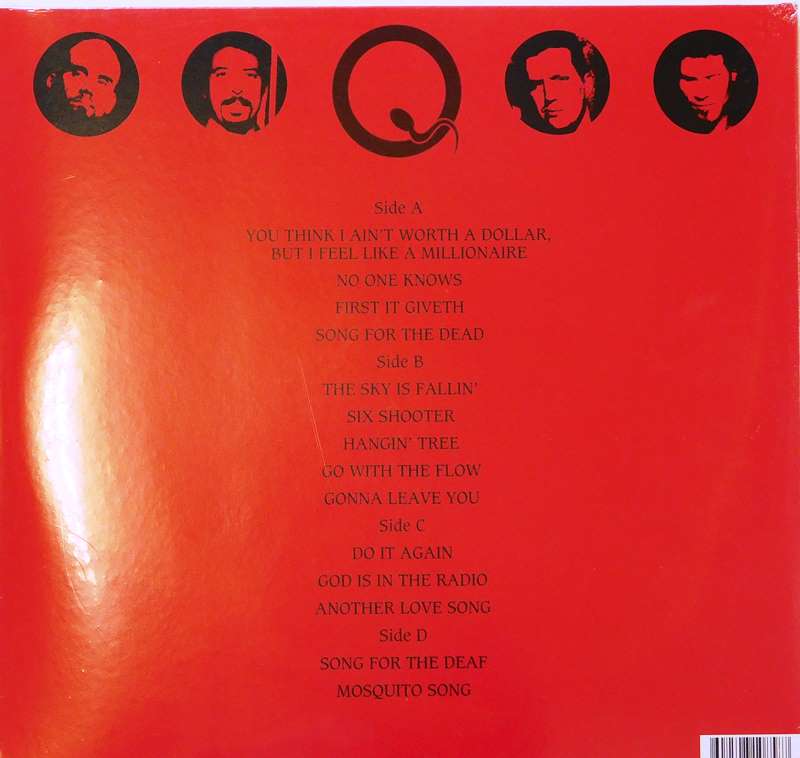 Songs For The Deaf

Songs for the Deaf is the third studio album by American rock band Queens of the Stone Age, released on August 27, 2002 by Interscope Records. It features Dave Grohl of Nirvana and Foo Fighters on drums,[5] alongside other guest musicians, and was the last Queens album to feature Nick Oliveri on bass. Songs for the Deaf is a loose concept album, taking the listener on a drive through the California desert from Los Angeles to Joshua Tree, tuning into radio stations from towns along the way such as Banning and Chino Hills.[6]

Songs for the Deaf received critical acclaim, and earned the band their first gold certification in the United States. One million copies were sold in Europe, earning a platinum certification from the International Federation of the Phonographic Industry in 2008.[7][8] Three singles were released from the album: "No One Knows", "Go with the Flow", and "First It Giveth".