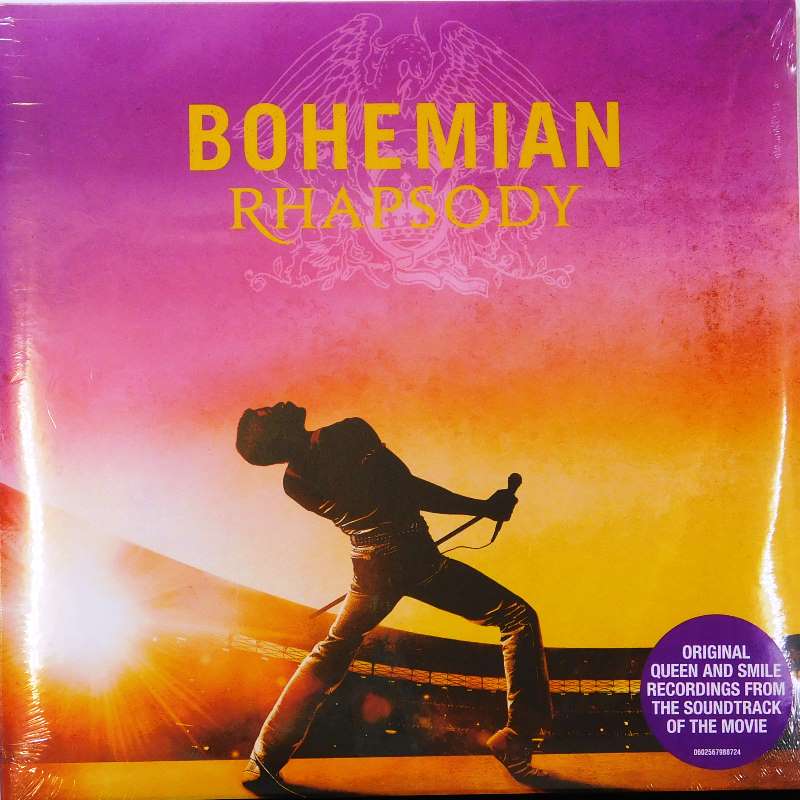 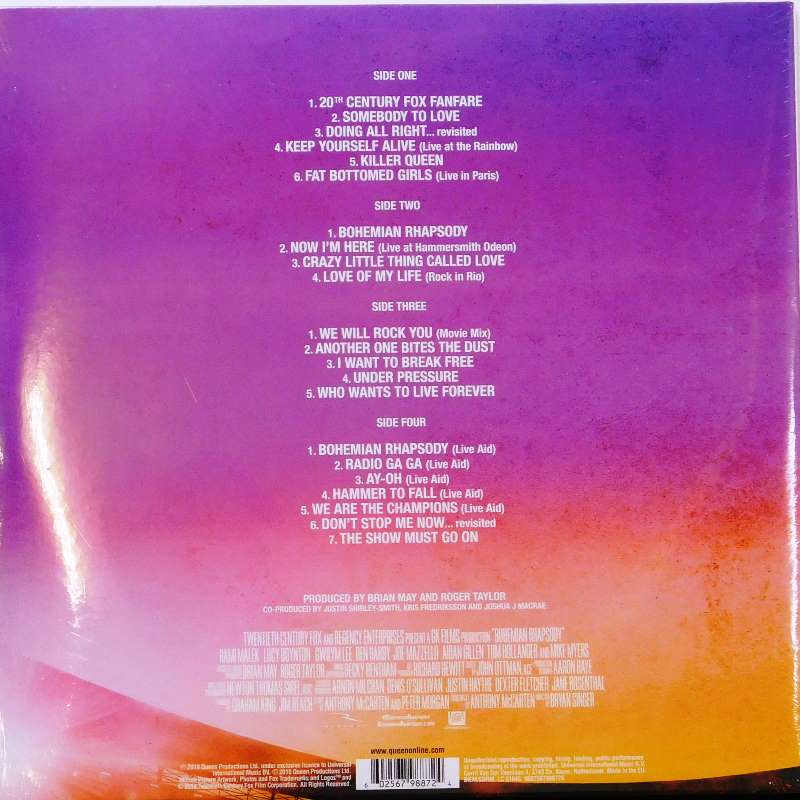 Bohemian Rhapsody: The Original Soundtrack is the soundtrack album to the 2018 biographical film of the same name. The soundtrack features several Queen songs and unreleased recordings including several tracks from their legendary performance at Live Aid in 1985.[6] The soundtrack was released by Hollywood Records and Virgin EMI Records on 19 October 2018, on CD, cassette and digital formats.[7][8] The soundtrack was later released on 8 February 2019, as a vinyl double album specially cut at Abbey Road Studios. A rare double picture disc edition of the album, as well as a 7" coloured single featuring the original "Bohemian Rhapsody"/"I'm in Love with My Car" pairing, was also released on Record Store Day, 13 April 2019.[9] In November 2019 the soundtrack received an American Music Award for Top Soundtrack.[10]