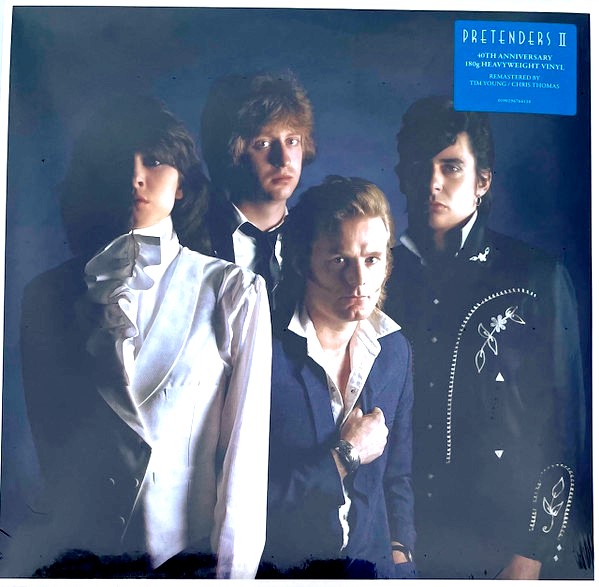 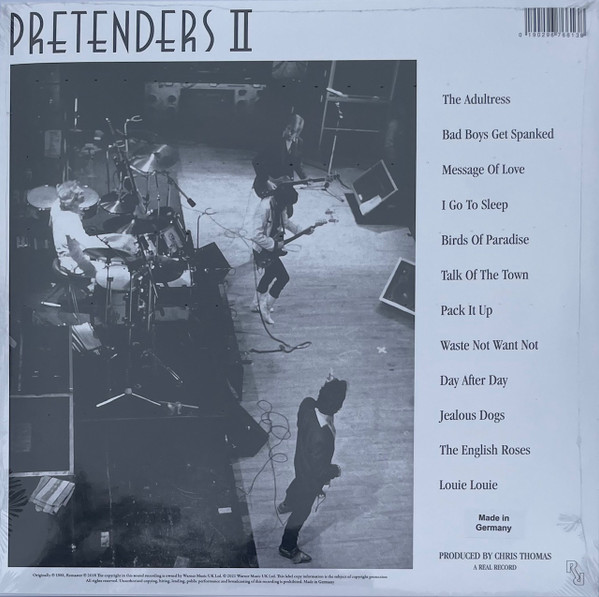 Pretenders II is the second studio album by British rock band the Pretenders, issued on Sire Records in August 1981. It incorporates four songs that had been released as singles in the UK and placed on an EP in the US. It peaked at #7 on the UK Albums Chart and #10 on the Billboard 200, and has been certified a gold record for sales by the RIAA. It is the final album by the original line-up, as the following year bassist Pete Farndon was dismissed and guitarist James Honeyman-Scott died in the same week. Farndon died in 1983, and a new line-up would make the band's next album, Learning to Crawl.

The success of their 1979 debut album created a great demand for more material from the fledgling band; however, a lack of songs precluded the quick release of a follow-up album. In the UK, the band released two hit singles in 1980 and early 1981, "Talk of the Town" followed by "Message of Love". In the US, where standalone singles had become rare, these tracks were combined with three others for a stopgap extended play release in March 1981 simply titled Extended Play. Pretenders II was released two months later to mixed critical reception arguably because many of the songs were viewed as too similar to (though not quite as groundbreaking as) the band's debut.[citation needed] Nevertheless, several of the album's songs became hits and the album has increased in critical stature with time.[citation needed]

As on their previous album, the band includes a song by Ray Davies of The Kinks, although in this case "I Go to Sleep", written by Davies in 1967, was not recorded by the group. Band leader Chrissie Hynde and Davies were in a relationship at the time of the album's recording, and would eventually have a daughter, Natalie Rae Hynde, in 1983. "Talk of the Town", though rumoured to be about her relationship with Davies,[13] was inspired by a fan Hynde had encountered on the band's first tour and whom she regretted not speaking to at the time.[14]

The album also includes the sexually-forward tunes "Bad Boys Get Spanked" and "The Adultress", with perhaps the album's most ambitious track, "Day After Day" spinning a common second-album narrative of unaccustomed celebrity, with the band rushing from gig to gig, hotel to hotel, head-spun from the swiftness of it all.[citation needed] The single version of the song ends with a guitar solo that gradually fades out; the album edit ends suddenly, mid-solo, with the sound of a crashing fighter plane. The album's final track, "Louie, Louie", is an original composition and not a version of the identically titled and often covered song by Richard Berry.