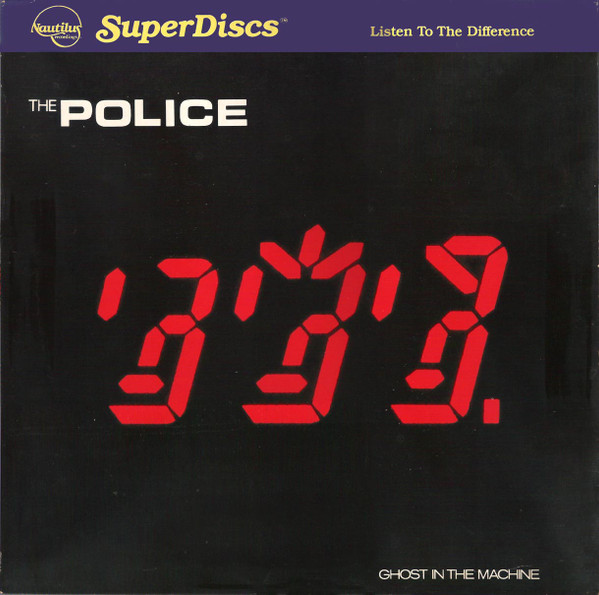 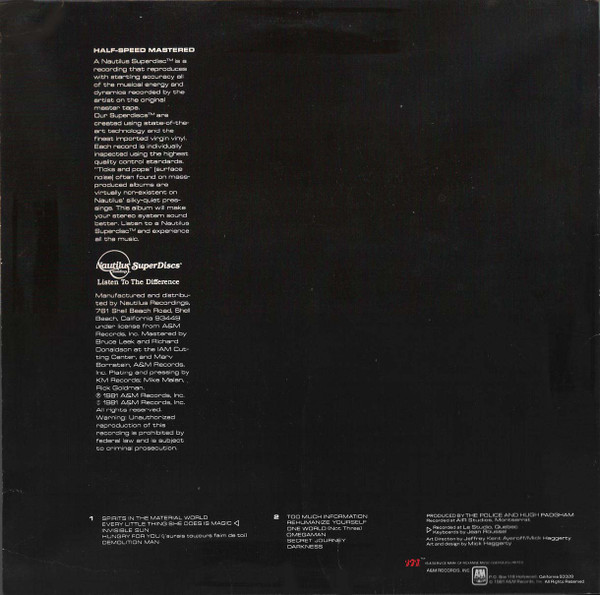 Ghost in the Machine (Audiophile Half Speed Mastered LP)

Nautilus 1/2 Speed Audiophile LPs were the early 80s main competitor to MFSL and pressed some of the most valuable and best sounding vinyl ever. These masterpieces were pressed at half-speed, which was a very expensive technology that doubled the amount of time to produce each piece of vinyl. No current audiophile company is placing this detailed expense into their pressings.

Ghost in the Machine is the fourth studio album by English rock band the Police. The album was released on 2 October 1981 by A&M Records. The songs were recorded between January and September 1981 during sessions that took place at AIR Studios in Montserrat and Le Studio in Quebec, assisted by record producer Hugh Padgham.

Ghost in the Machine topped the UK Albums Chart and peaked at number two on the US Billboard 200. The album produced the highly successful singles "Every Little Thing She Does Is Magic", "Invisible Sun", and "Spirits in the Material World", with a fourth single, "Secret Journey", also being released in the US. Ghost in the Machine was listed at number 322 on Rolling Stone's list of the 500 greatest albums of all time.