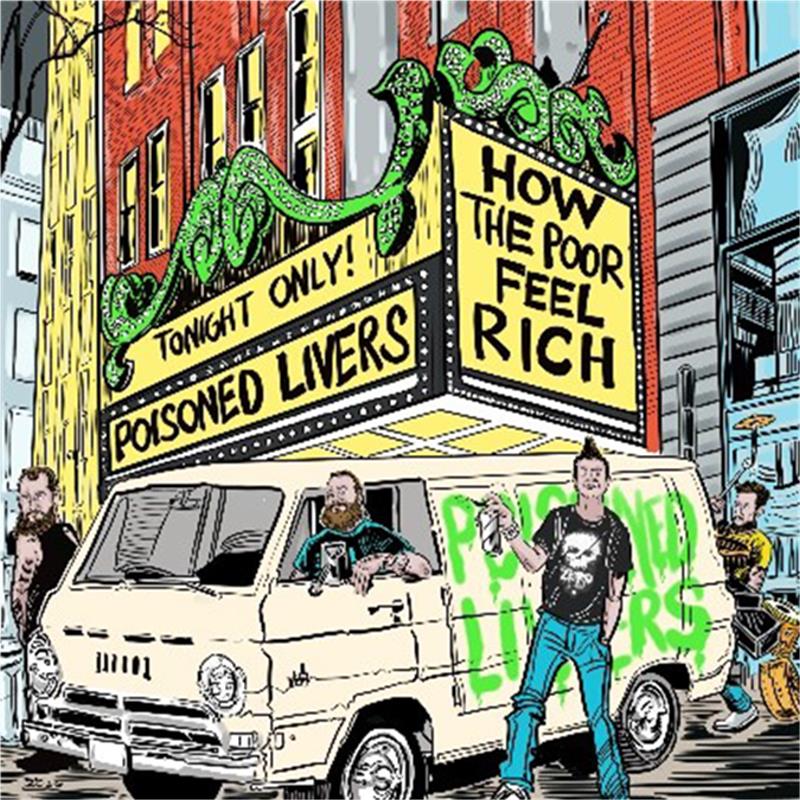 How the Poor Feel Rich

How the Poor Feel Rich – the debut EP from Auckland’s Poisoned Livers catch the incredible energy of their live performances. Formed in 2015, Poisoned Livers fast became an institution on the New Zealand punk scene. They’ve shared the stage with Queens of the Stone Age, played Stevo's Cannon Bash and Wastefest, but still enjoy playing the odd house party, which is great for cutting loose, but bad for breaking gear.

The band describe their music as Stoner Punk. The music tastes and influences are quite varied with each band member, so it’s a bit different from a mainstream genre, and is a heavy driven hard rock sound with a few quirks and a bit of pace every now and then.  Influences come from the early American punk of Black Flag, Dead Kennedys and Fugazi, and later in the genre Cancer Bats, Gallows and The Bronx.