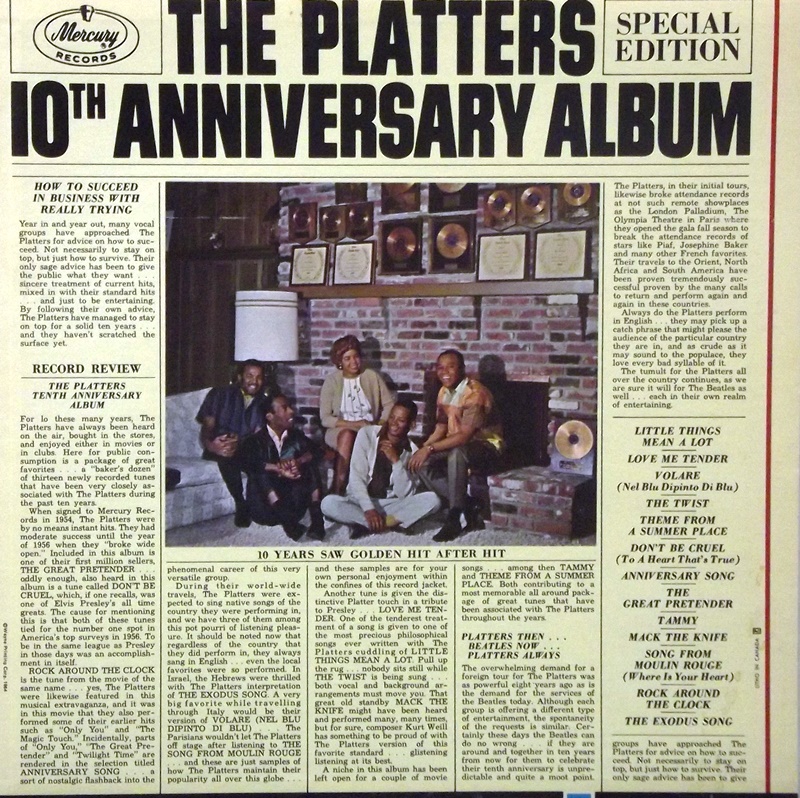 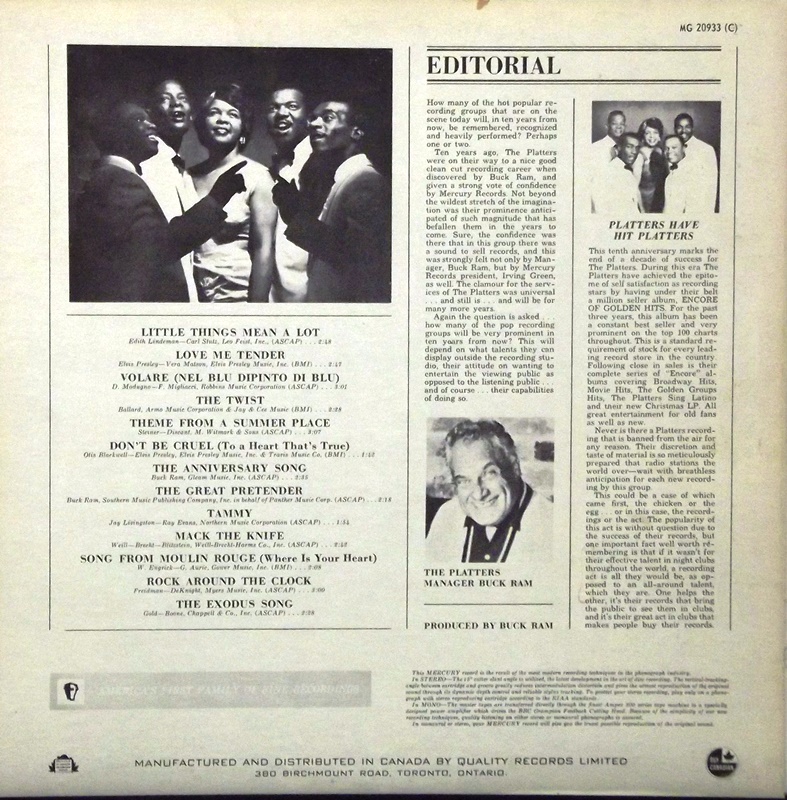 Good vinyl with minor marks housed in a smart cover.

The Platters is an American vocal group formed in 1952. They were one of the most successful vocal groups of the early rock and roll era. Their distinctive sound was a bridge between the pre-rock Tin Pan Alley tradition and the burgeoning new genre. The act went through several personnel changes, with the most successful incarnation comprising lead tenor Tony Williams, David Lynch, Paul Robi, Herb Reed, and Zola Taylor. The group had 40 charting singles on the Billboard Hot 100 chart between 1955 and 1967, including four number-one hits. The Platters were one of the first African-American groups to be accepted as a major chart group and were, for a period of time, the most successful vocal group in the world.[1]