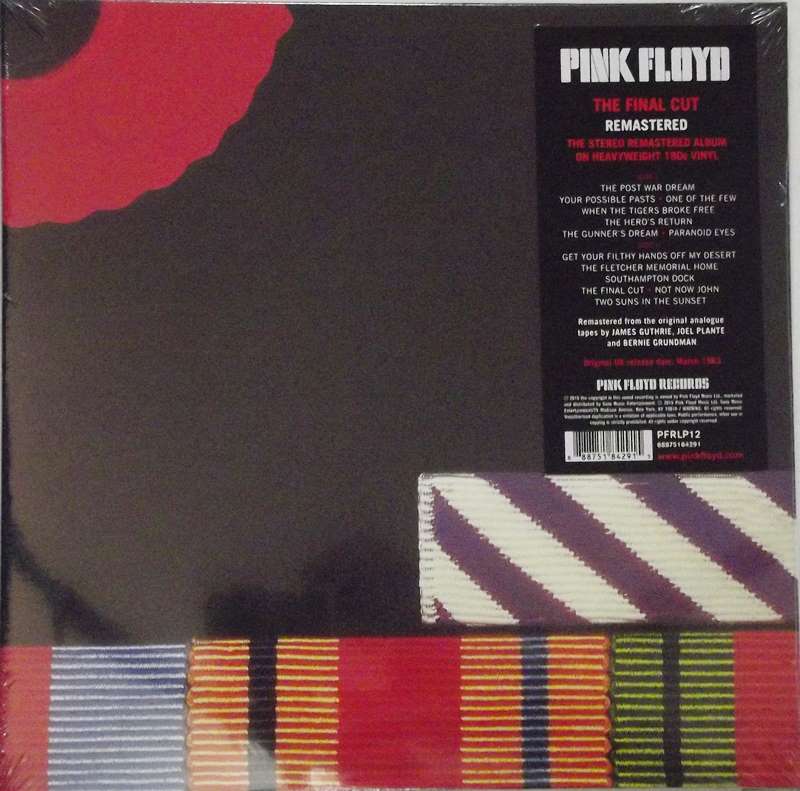 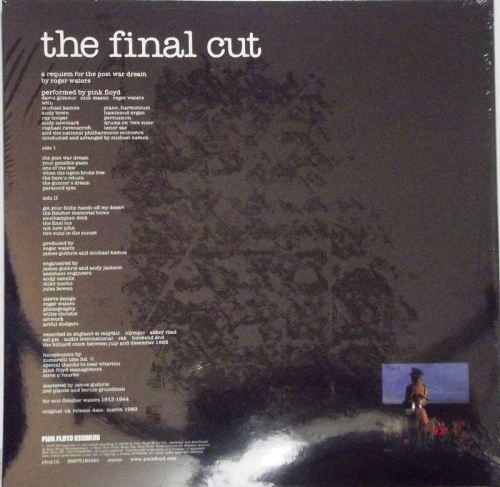 Brand new sealed 180 gram remastered album housed in a gatefold cover, made in the EU.

The Final Cut is the twelfth studio album by the English progressive rock band Pink Floyd, released on 21 March 1983 by Harvest Records in the United Kingdom and internationally and on 2 April 1983 in the United States by Columbia Records. It is Pink Floyd's last studio album to include founding member, bass guitarist and songwriter Roger Waters, and their only album on which he alone is credited for writing and composition. It is also the only Pink Floyd album that does not feature keyboardist Richard Wright.

Waters originally planned The Final Cut as a soundtrack album for the 1982 film Pink Floyd – The Wall. With the onset of the Falklands War, he rewrote it as a concept album, exploring what he considered the betrayal of his father, who died serving in the Second World War. Waters sings most of the lyrics; lead guitarist David Gilmour provides lead vocals on only one track. The packaging, also designed by Waters, reflects the album's war theme. Although it reached the top of the UK Albums Chart, the album received mixed reviews.

Recorded in eight British studios from July to December 1982, with an accompanying short film released in the same year, production of The Final Cut was dominated by interpersonal conflict. Waters left the band in 1985 and The Final Cut remains the last Pink Floyd studio album he worked on.