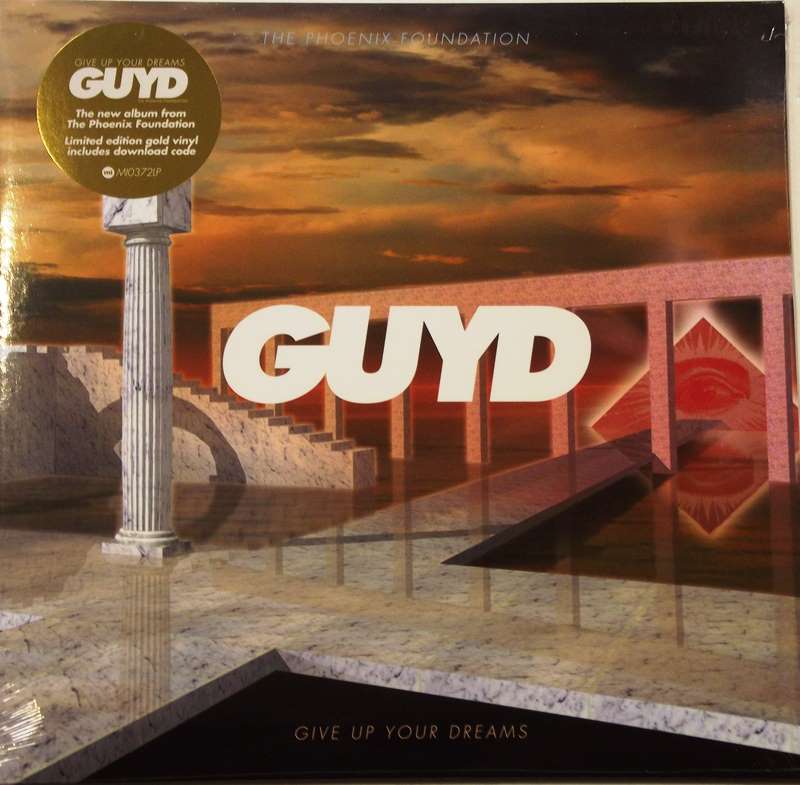 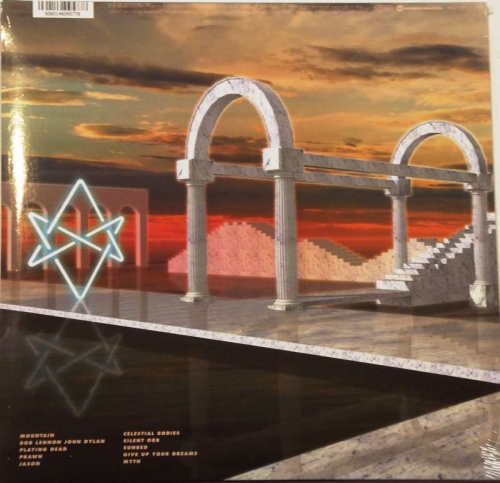 Give up your Dreams (Gold Vinyl)

New Zealand based The Phoenix Foundation are all set to return with their new and sixth studio album Give Up Your Dreams. It’s a shrewd and vibrant reminder that in The Phoenix Foundation’s gloriously absurd world of Technicolour pop, it’s the challenges you set yourself that reap the greatest rewards. “Give Up Your Dreams could sound like a defeat but it represents something quite defiant, joyous and celebratory” exclaims co-frontman Samuel Scott of the record’s infectious rhythmic driven sound and optimistic feel.

After huge success, sales and awards in their homelands it was 2011’s breakthrough album Buffalo and 2013's colossal double album Fandango that saw the band reach a more global audience - 5 star reviews, ‘Later... with Jools Holland’ and Glastonbury followed. Which brings us to Give Up Your Dreams, the sound of a band with the pressure-off, embracing a freedom to explore and hone their sound at their own pace.

Channelling Fandango’s beauteous side, but this time fuelled by a spit ball of irrepressible energy, Give Up Your Dreams feels like the band’s most contemporary offering yet. With the new addition of drummer Chris O’Connor, the album was written taking its lead from the rhythm section for the very first time; paving the way for an all new creative process. “I was convinced we had to have a different sounding record,” explains Scott’s counterpart singer/guitarist Lukasz Buda. “So we completely removed any trace of acoustic guitar. It was important to leave room for the band to take it somewhere else and make way for a new vitality.”

Recorded within the pow-wow setting of the band’s Car Club HQ in Wellington, it's the first time the band felt totally comfortable and confident in taking on production duties entirely themselves. “The mood when we were recording was so easy, so cordial,” recalls Scott. Taking a free form approach from Chris and bass guitarist/vocalist Tom Callwood’s experiences in the city’s improv and experimental scene, the album’s cosmic vibes are an upshot of utilising gadgets to shapeshift each sound. Whilst synths were always built into the Foundation’s musical make-up, this time around they’re placed centre stage; “we spent a great deal of time messing with an old Eventide H3000. There would be very few sounds we didn’t try to mess with,” says Scott. “We turned all the cool and interesting sounds up loud so nothing was competing in the mix and you can actually hear the trippy shit.”

Thematically and lyrically the group typically took inspiration from various of sources. The dazzling title-track is a frank deglamourisation of life on the road spurred on by a conversation with dear friend, collaborator, and fellow New Zealander Lawrence Arabia. The energetic ‘Mountain’ is the ultimate counterpoint; an afro-kraut groove with layers of Television-inspired guitars and dreamscapes about the 'money men' controlling the world. ‘Playing Dead’ nearly didn’t make it further than the cutting room floor but was revived thanks to the photographs in a 1950s Time Life essay on the Ona people of Tierra Del Fuego in southern Chile and their ghost rituals. Elsewhere in 'Jason' Luke sings about both the mother of his children and his ‘band wife’ (Samuel Scott) being struck down with sciatica and being reliant on string painkillers to function, touching on the fear of ageing in the process. Album closer 'Myth' was inspired by the writings of St. Isidore of Seville who in the 19th Century attempted to compile all human knowledge.

“After 15 years together, this album feels like a total rebirth to us" reveals Buda "it's uplifting feel comes as an act of defiance against all our fears in life.” Take The Phoenix Foundation’s advice then: give up your dreams and good things will happen to you too. Scott concludes “It’s a mantra about letting go, worrying less, and enjoying your reality instead of always wanting more.”