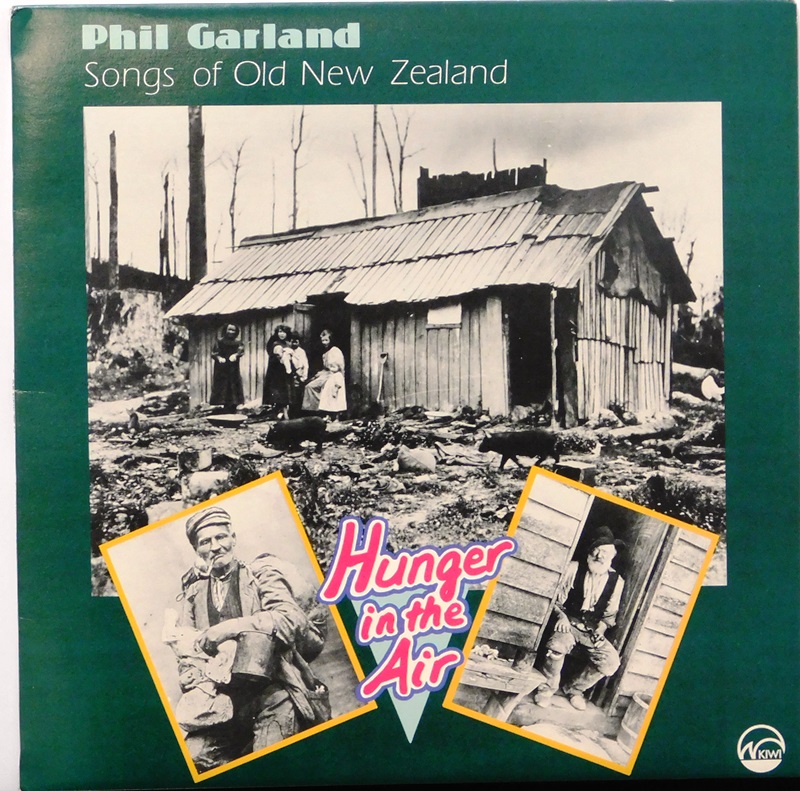 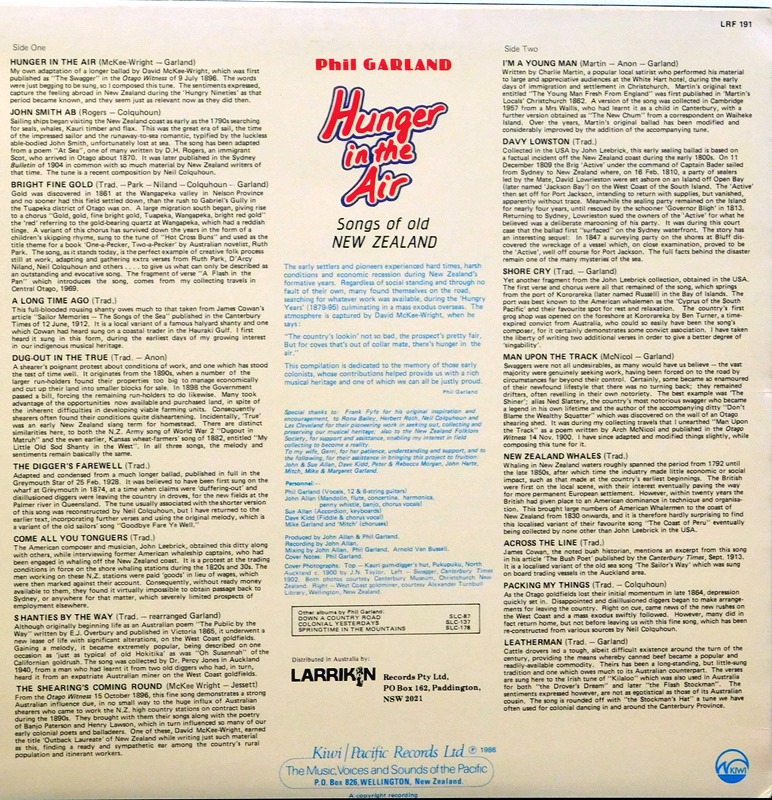 Hunger In The Air: Songs Of Old New Zealand

The early settlers and pioneers experienced hard times, harsh conditions and economic recession during New Zealand's formative years. Regardless of social standing and through no fault of their own, many found themselves on the road, searching for whatever work was available, during the 'Hungry Years' (1879-95) culminating in a mass exodus overseas.

The atmosphere is captured by David McKee-Wright, when he says:
"The country's lookin' not so bad, the prospect's pretty fair, but for coves that's out of collar mate, there's hunger in the air."

This compilation is dedicated to the memory of those early colonists, whose contributions helped provide us with a rich musical heritage and one of which we can all be justly proud.
Phil Garland

Hunger in the Air;