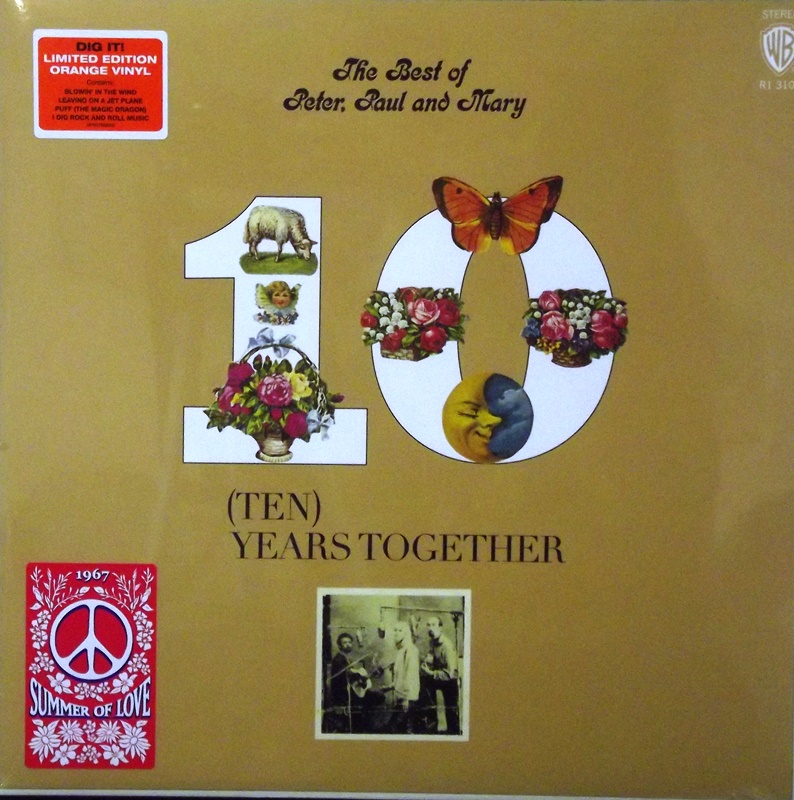 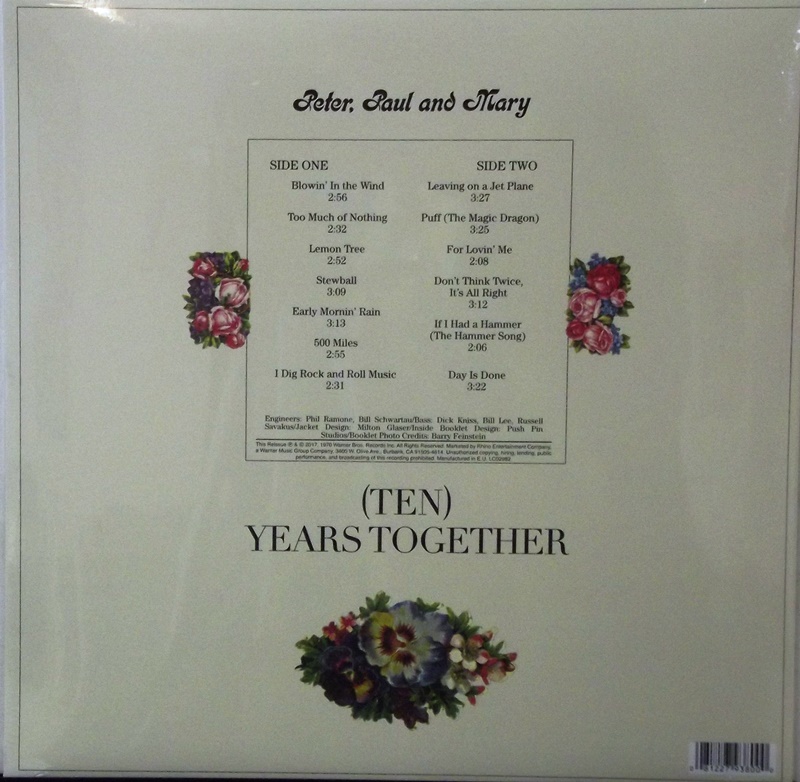 The Best of Peter, Paul And Mary (Ten) Years Together (Orange Vinyl)

Ten Years Together was released on Warner Brothers Label 2552 in 1970, with cover art by Milton Glaser. Due to the trio's 1970 breakup, this would be their last album together until 1978's Reunion album. AllMusic's Bruce Eder praises this compilation as a close cross-section of PP&M's eclectic sound, nicely highlighting the group's evolution during the prior decade [1] from the acoustic folk sound that helped popularize several early Dylan compositions, to their later use of electric guitar and drums on hits like Too Much of Nothin' — another Dylan contribution, but from his later sound, composed in 1967, but not released by Dylan himself until 1975.