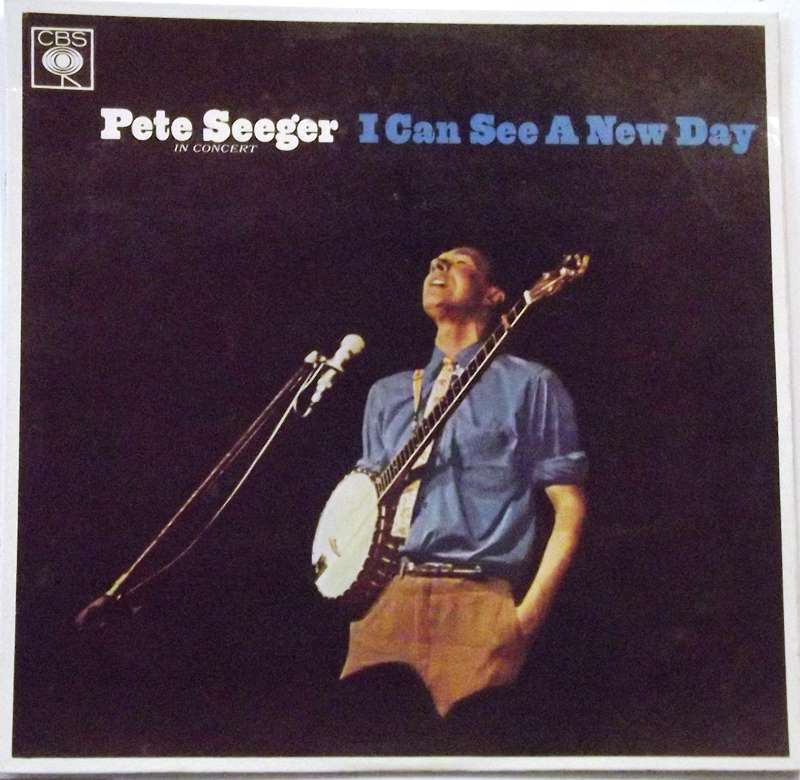 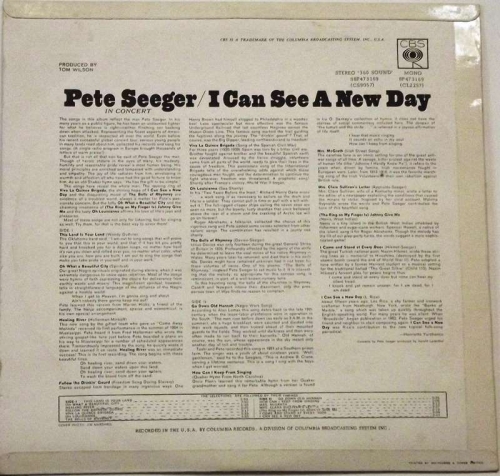 I Can See A New Day

I Can See a New Day is Pete Seeger's fifth album for Columbia Records and, like its four predecessors, was recorded live in concert. But where his previous four Columbia LPs were pegged to specific venues, all in New York City -- Story Songs at the Village Gate, The Bitter and the Sweet at the Bitter End, Children's Concert at Town Hall, and We Shall Overcome at Carnegie Hall -- no place of performance is indicated here. The inference is that I Can See a New Day has been assembled from various live tapes, and probably from unused songs recorded at the shows that provided the other albums. In fact, the characteristic echo of Carnegie Hall, clearly audible on many tracks, suggests that a good half of the disc is excerpted from the same June 8, 1963, show that led to We Shall Overcome. But if these are performances that were overlooked the first time around, that is not to say they are unworthy. Rather, this is a typical Seeger show, mixing folk standards like the opener, Woody Guthrie's "This Land Is Your Land," with spirituals ("Oh What a Beautiful City," "Follow the Drinkin' Gourd"), and politically oriented material ranging from "Viva la Quince Brigada" (Long Live the 15th Brigade), which recalls the Spanish Civil War and gets a howlingly positive response from what sounds like an audience full of Old Lefties, to the mineworkers' laments "The Bells of Rhymney" (clearly not from the Carnegie show) and "Mrs. Clara Sullivan's Letter," both of which come from poems Seeger set to music. Of course, war is also decried, notably in the old folk song "Mrs. McGrath" (whose son comes back from war without his legs) and "I Come and Stand at Every Door," the cry of a Hiroshima victim. As all this suggests, the overall tone of the disc is serious and somewhat downcast, with only the title song, "How Can I Keep from Singing," and the new "Healing River" (co-written by Seeger's old Weavers bandmate Fred Hellerman) providing some consolation and hope. Nevertheless, the audiences sing along in solidarity, and Seeger is as earnest as ever.