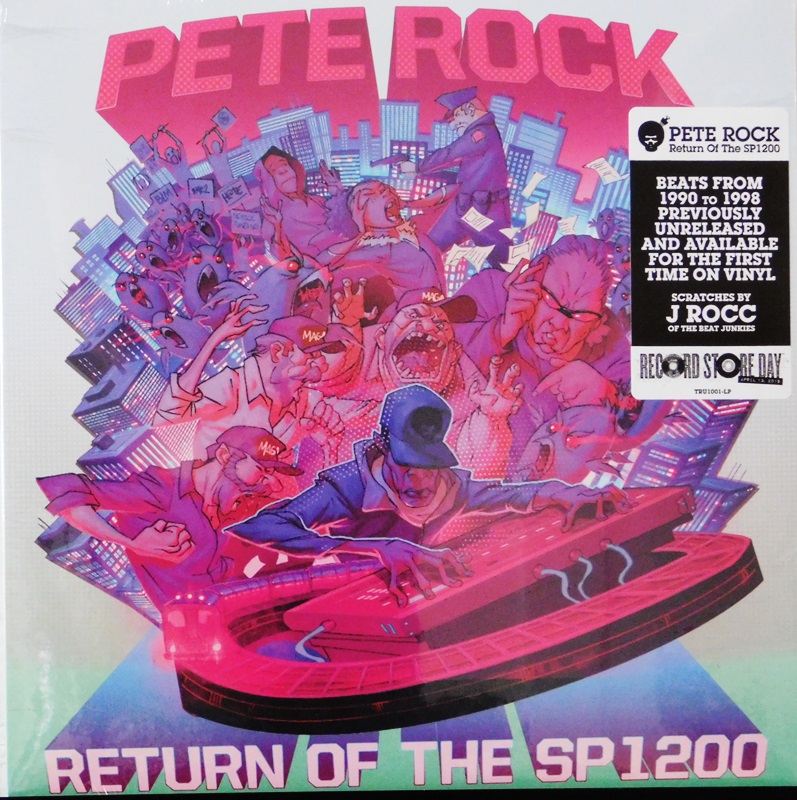 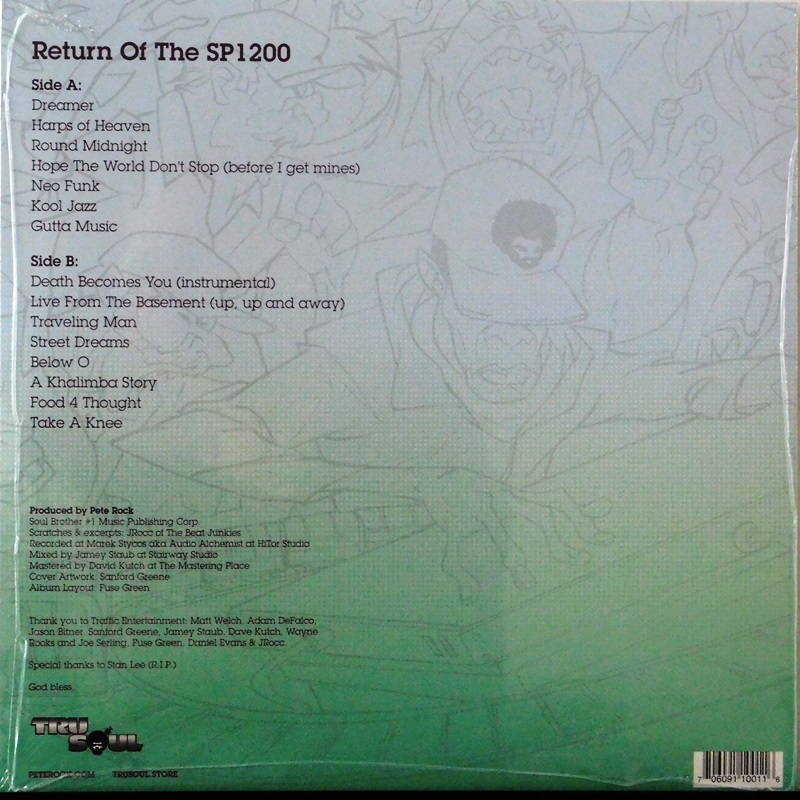 Return of the SP1200 is the fourth instrumental hip hop album by hip hop producer Pete Rock. The album was released on April 13 (Record Store Day) exclusively on vinyl on Rock's own imprint Tru Soul Records. The physical release of the album will be available on April 26.[2] The album contains fifteen tracks that are instrumentals that were produced between the years 1990-98. It includes additional scratches by J. Rocc of the Beat Junkies.