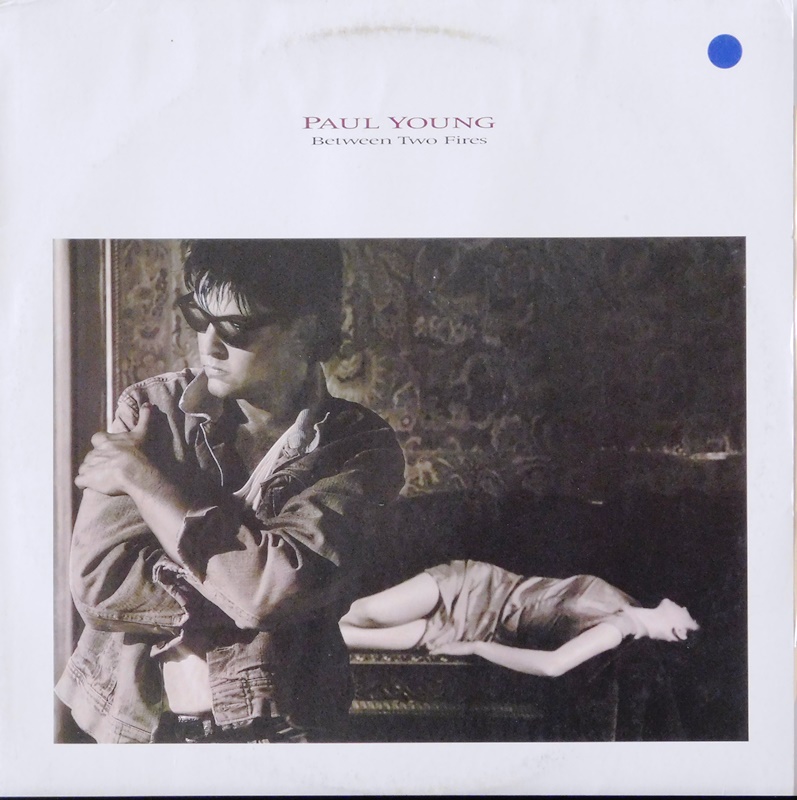 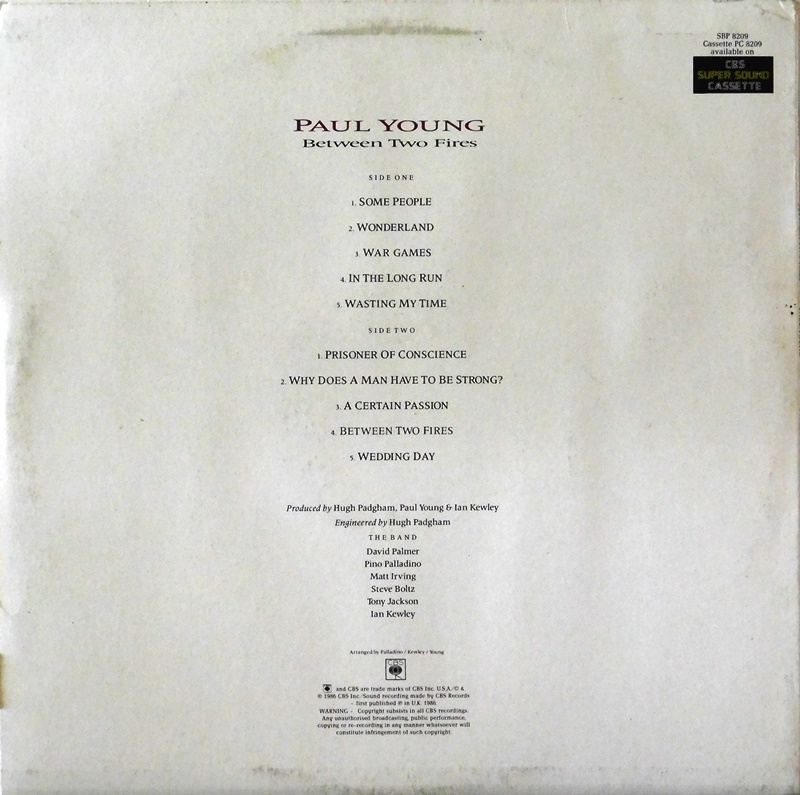 Between Two Fires is the third solo album by the English singer Paul Young. Released in October 1986, it reached #4 on the UK Album Chart, and #77 on the U.S. Billboard Hot 200 album chart. The album has been certified Platinum (300,000 copies) by the British Phonographic Industry.[7]

Three singles were taken from the album; "Wonderland", "Some People", and "Why Does a Man Have to Be Strong", though none of these made the UK Top 20 unlike Young's previous singles. "Wonderland", written by Betsy Cook who also provided backing vocals on the album, reached #24 in the UK (Cook would later release her own version of the song on her 1992 album The Girl Who Ate Herself). "Some People" reached #56 in the UK and #65 in the U.S., while "Why Does a Man have to be Strong" reached #63 in the UK. After the numerous covers contained in the previous two works, Between Two Fires contained many more self-penned compositions, and Young actually co-produced, co-wrote and co-arranged most of the tracks.