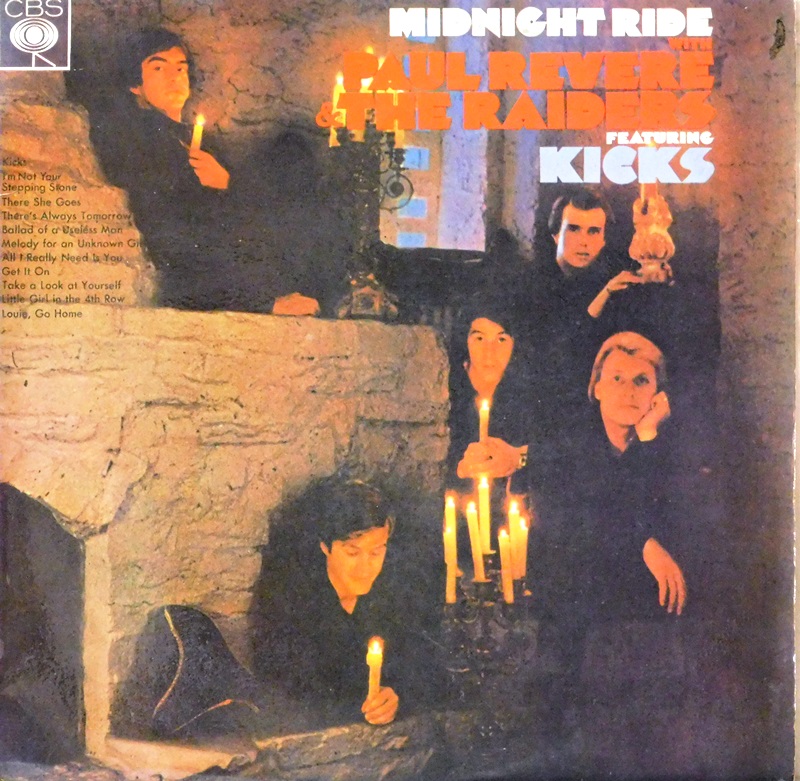 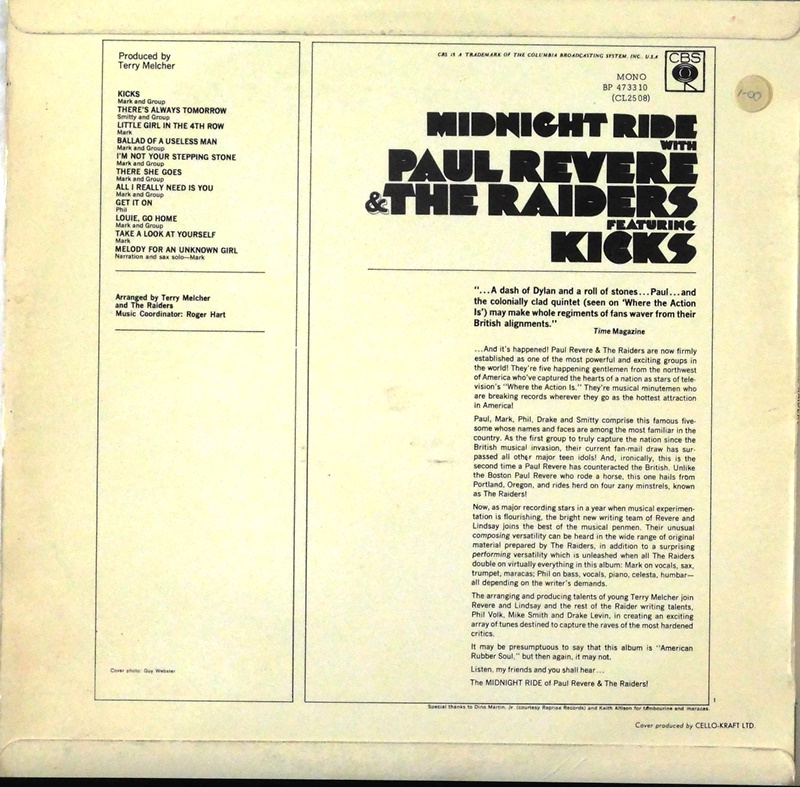 Midnight Ride is the fifth studio album by American pop rock group Paul Revere & the Raiders; released by Columbia Records (CS 9308). Produced by Terry Melcher and released in May 1966, the album featured the U.S. top five single "Kicks."[2] The album also includes "(I'm Not Your) Steppin' Stone", a song The Monkees covered and became a U.S. top 20 hit in 1967.[3]

The album is unique in the band's discography in that it contains songwriting credits by all five bandmembers.[4] Stylistic changes, combined with arguments over which group members were to get their songs included on the band's albums, resulted in lead guitarist Drake Levin quitting the group following the release of Midnight Ride.[4] The album also marked the end of the band's relationship with the Brill Building music publishing house, where "Kicks" and "(I'm Not Your) Steppin' Stone" were written.[5]