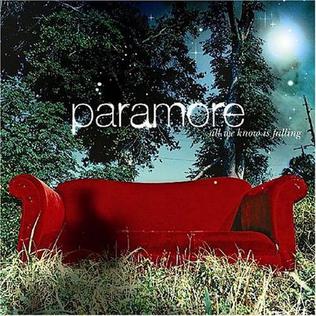 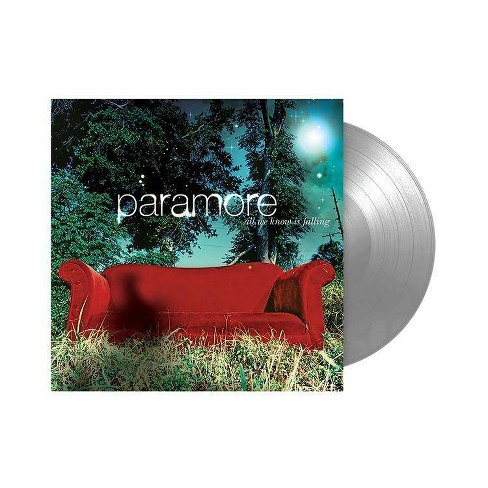 all we know is falling (Silver Vinyl)

All We Know Is Falling is Paramore's debut album released July 6, 2005. The album reached #8 on the UK Rock Chart. In the USA, it reached #30 on the Billboard's Heatseekers Chart but failed to chart on the Billboard 200. As of April 2009, the album managed to sell 405,010 copies in the United States, though prior to Riot! being released the album had only sold 50,000 copies. In September 2005, a special Japanese release containing the previously unreleased "Oh, Star" was made available for purchase. On May 26, 2009, a deluxe edition of the album was released exclusively on iTunes with 2 live tracks and 3 music videos. On October 20, 2009, the album went gold. The album spawned three singles in total: "Pressure," "Emergency" & "All We Know".

All We Know is Falling came to be when Atlantic Records signed on 15-year-old Hayley Williams to be a solo pop artist. However, Hayley claimed she didn't want to be "the next Madonna" so she formed Paramore with Josh Farro, Zac Farro, and Jeremy Davis. They would record some demos (Most of which are included on the bootleg album The B-Sides) but the label was not impressed until they showcased two songs "Here We Go Again" and "Hallelujah" which saved them from being fired and allowed Paramore to continue and create their first studio album.

The main theme of All We Know is Falling is about the departure of Jeremy Davis as well as the divorce of Hayley's parents.

Hayley claimed while making All We Know is Falling that she was influenced by Underoath, Failure and The Academy Is...

According to Jeremy Davis, the band was inspired by Slipknot.

As stated by singer Hayley Williams, the shadow on the sofa on the album art is meant to represent Jeremy Davis leaving the band. Davis temporarily left the band shortly after arriving in Orlando, Florida to record the album. Davis stated that he immediately regretted leaving and was overjoyed when the band asked him back shortly after the album's release. His departure had a large impact on the band, inspiring the song "All We Know", and thus the title of the album, All We Know Is Falling. During this departure of Davis, John Hembree took over as bass guitarist while Jason Bynum was the rhythm guitarist.