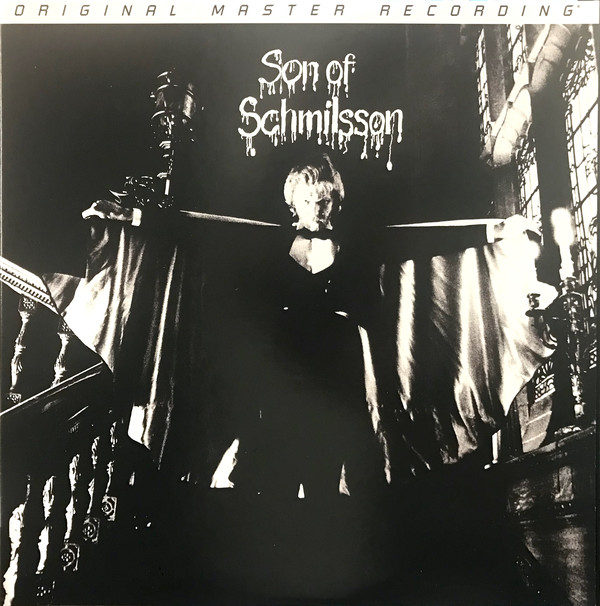 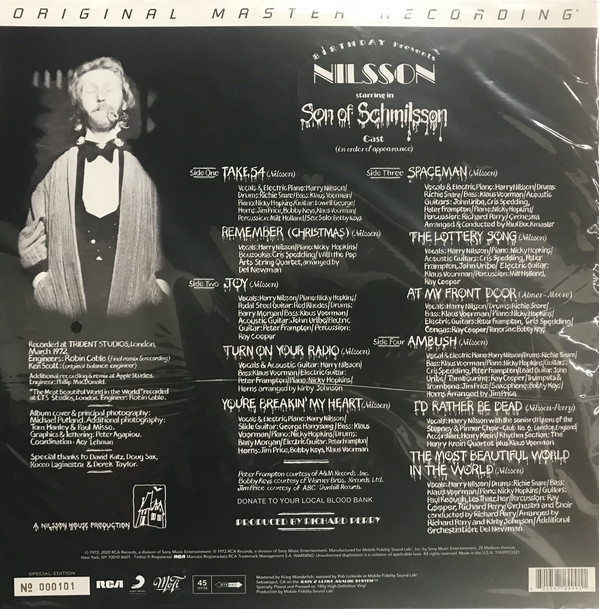 Son of Schmilsson is the eighth album by American singer Harry Nilsson.

Nilsson was being pressured to produce a follow-up album similar to his 1971 breakthrough, Nilsson Schmilsson, but instead, he created a more eccentric work. The album was produced by Richard Perry and features musical contributions from former Beatles Ringo Starr and George Harrison. Other musicians on the recording include Nicky Hopkins, Klaus Voormann, Bobby Keys and Peter Frampton.[7] Among the album's tracks are "You're Breakin' My Heart" and the US hit "Spaceman".

Most of the sessions were extensively filmed, at the request of Nilsson. The footage was to be used for a planned documentary, titled Did Somebody Drop His Mouse?, but the film was never released.

The album cover features a photograph of Nilsson (dressed as a Dracula-like vampire) taken by Michael Putland at George Harrison’s home, in Friar Park.[2] The album was remastered and released on CD with two bonus tracks in 2000 and with five bonus tracks in 2006.