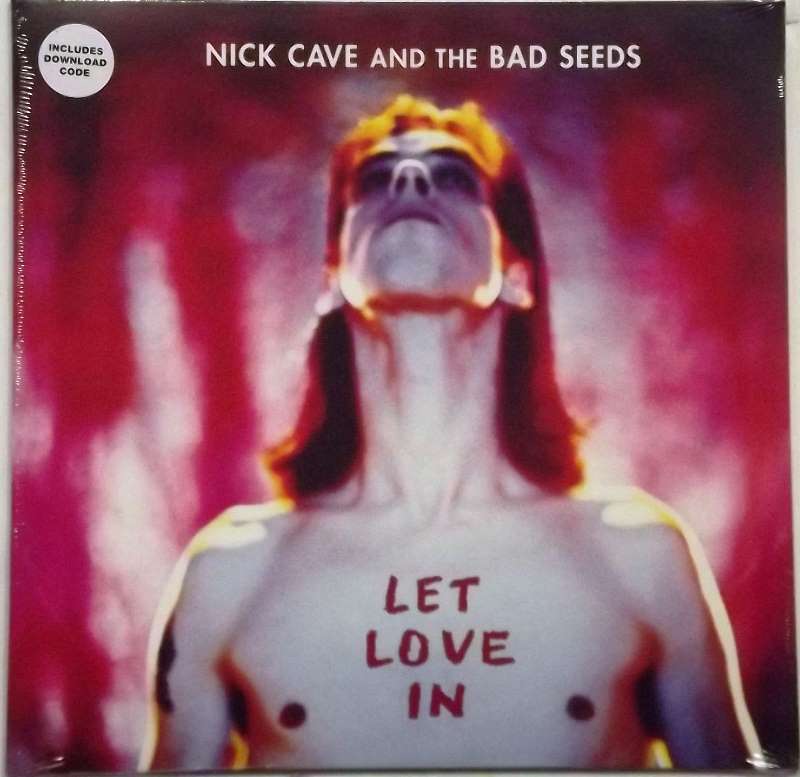 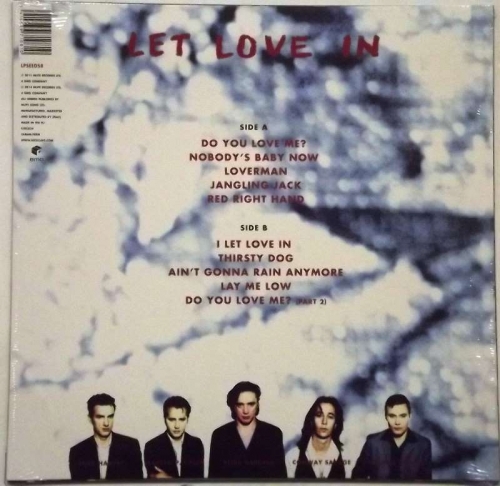 Sealed brand new 180 gram vinyl with a free download. Made in the EU.

Let Love In is the eighth studio album by Nick Cave and the Bad Seeds, released on 18 April 1994 on Mute Records.

Keeping the same line-up from Henry's Dream, Nick Cave and company turn in yet another winner with Let Love In. Compared to Henry's Dream, Let Love In is something of a more produced effort -- longtime Cave boardsman Tony Cohen oversees things, and from the first track, one can hear the subtle arrangements and carefully constructed performances. Love, unsurprisingly, takes center stage of the album. Besides concluding with a second part to "Do You Love Me?," two of its stronger cuts are the (almost) title track "I Let Love In," and "Loverman," an even creepier depiction of lust's throttling power so gripping that Metallica ended up covering it. On the full-on explosive front, "Jangling Jack" sounds like it wants to do nothing but destroy sound systems, strange noises and overmodulations ripping throughout the song. The Seeds can always turn in almost deceptively peaceful performances as well, of course -- standouts here are "Nobody's Baby Now," with a particularly lovely guitar/piano line, and the brooding drama of "Ain't Gonna Rain Anymore." The highlight of the album, though, has little to do with love and everything to do with the group's abilities at music noir. "Red Right Hand" depicts a nightmarish figure emerging on "the edge of town," maybe a criminal and maybe something more demonic. Cave's vicious lyric combines fear and black humor perfectly, while the Seeds' performance redefines "cinematic," a disturbing organ figure leading the subtle but crisp arrangement and Harvey's addition of a sharp bell ratcheting up the feeling of doom and judgment.