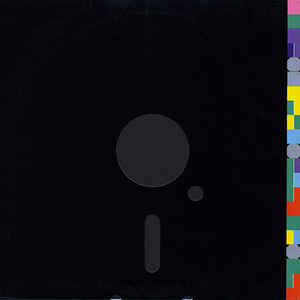 "Blue Monday" is a song performed by English rock band New Order. It was released as a 12-inch single on 7 March 1983 through Factory Records and later as a 7-inch single through Tonpress in Poland in 1985. It appeared on certain cassette and CD versions of the band's second studio album, Power, Corruption & Lies (1983).[1] The track was written and produced by Gillian Gilbert, Peter Hook, Stephen Morris, and Bernard Sumner, the members of New Order at the time.

"Blue Monday" is a synth-pop and alternative dance song that drew inspirations from many works of other artists. The 12" single was backed with a primarily instrumental version of the song entitled "The Beach" on the B-side. The single's unique packaging was designed by Peter Saville and Brett Wickens. It features a die-cut sleeve designed to resemble a 5¼" floppy disk. The front cover features no words, but instead has code in the form of coloured blocks that reads out the artist, song, and label information, once deciphered.

The original single was a commercial hit, making the top 10 in many countries. In New Zealand, it peaked at number 2 and spent 74 weeks (spread across three calendar years) in the top 50. The 1988 remix reached number 3 on the British chart, number 4 on the Australian chart, and topped the dance chart in the United States.

It is the best-selling 12" single of all time.[2][3] In the United Kingdom, it has sold 1.16 million copies in all formats, including the 1988 and 1995 re-releases. Sales of the original 1983 12" release account for the bulk of the total, at over 700,000 copies.[4] The song has been widely acclaimed, and is ranked by Acclaimed Music as the 38th most acclaimed song of all time.[5] It was remixed by the band twice, in 1988 and 1995. The 1988 remix went reached number 1 in New Zealand and the top 10 in other countries. The song has been covered by bands including Orgy, Flunk and 808 State; its beats are invariably mixed at raves into dance/psytrance sets.[6]