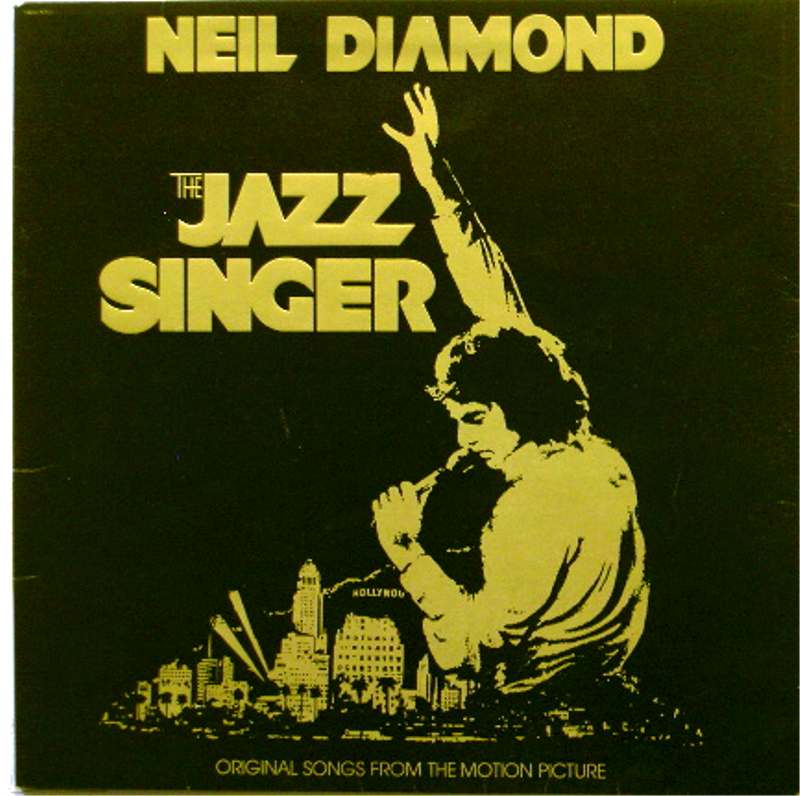 The Jazz Singer (Original Songs From the Motion Picture)

The film's reviews were negative, earning Diamond the first Razzie for Worst Actor at the 1st Golden Raspberry Awards, but made a modest profit at the box office, grossing almost double its budget. However, its soundtrack was a huge success and became Neil Diamond's biggest selling album in the United States, selling over 5 million copies there and reaching #3 on the pop albums chart. This would mark the second time a Neil Diamond soundtrack outperformed the movie it came from (after Jonathan Livingston Seagull). Three of the songs from the album became Top 10 pop singles, with "Love on the Rocks", "Hello Again" and "America" reaching #2, #6, and #8 respectively.