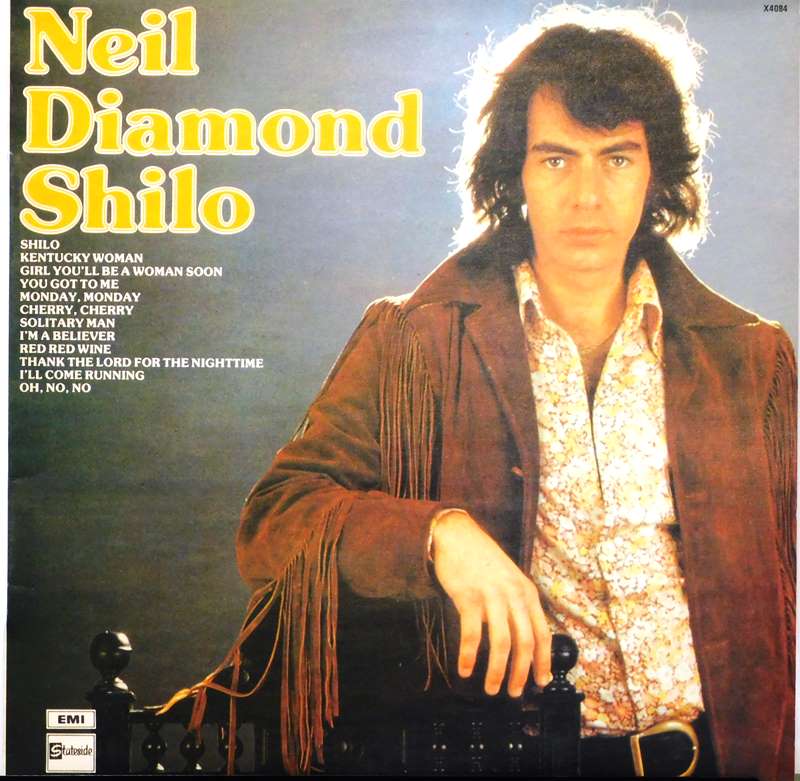 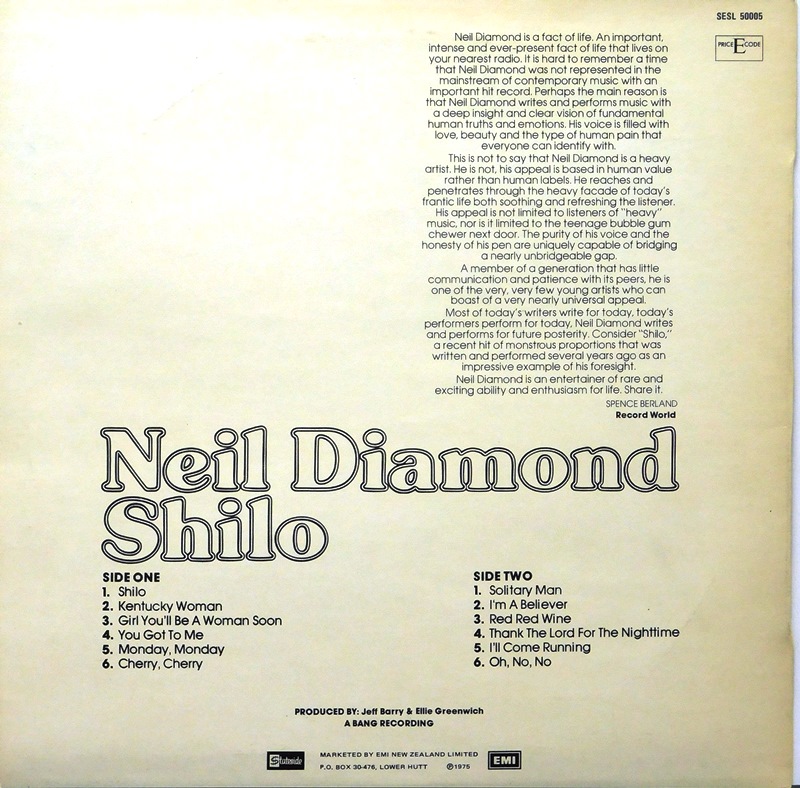 Shilo is a compilation album of songs recorded by Neil Diamond, which was released on September 12, 1970 by Bang Records.[2] Bang released a remixed version of "Shilo" in 1970 which became a hit and inspired this compilation of songs Diamond recorded for Bang in 1966 and 1967 before moving to Uni Records.  It reached number 52 on the U.S. pop albums chart, and was the best-selling of his Bang albums.[3]