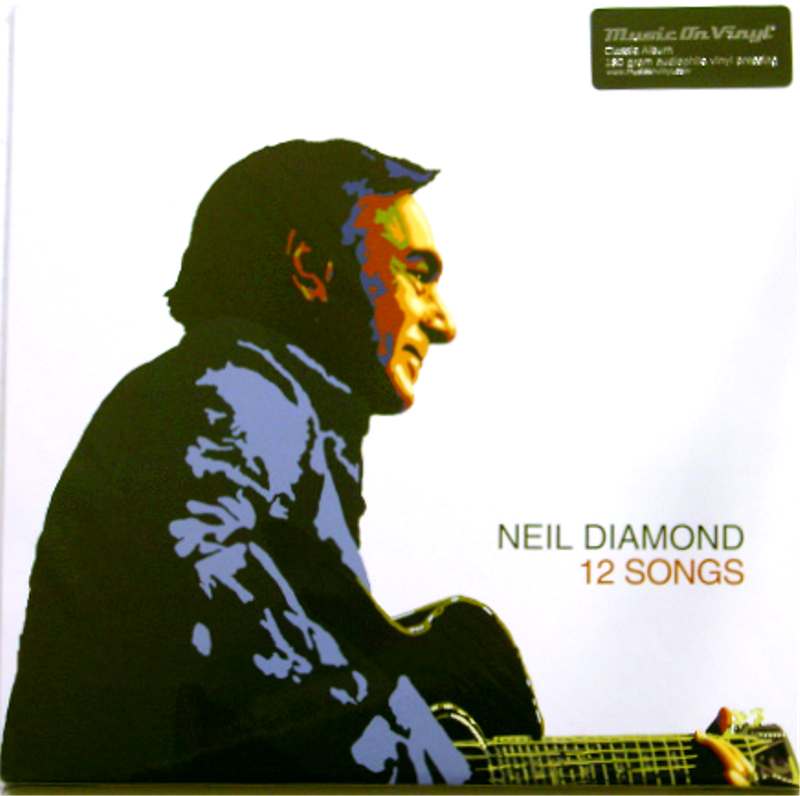 "Neil Diamond and producer Rick Rubin -- the man responsible for Johnny Cash's acclaimed '90s comeback, American Recordings -- combined for the project that turned out to be 12 Songs.

Rubin was the first producer to push Diamond since Robbie Robertson, but where Robertson indulged the singer/songwriter, Rubin drove Neil to strip his music down to his essence. As Diamond's candid liner notes reveal, Rubin wasn't a co-writer, he was a precise and exacting editor, encouraging Neil to rework songs, abandon some tunes, and to keep writing. The process worked, as Diamond wound up with a set of 12 songs (actually, 13 on the special edition that contains two bonus tracks, including an alternate version of "Delirious Love" featuring a delirious Brian Wilson contribution) that result in his most consistent set of songs ever. This is entirely Rubin's doing, since he's the first producer to exercise such tight control over one of Diamond's albums. Where Tom Catalano, the producer of Neil's '60s and early-'70s work, let Diamond indulge in flights of fancy and sheer weirdness, Rubin keeps him on a tight leash, only allowing a couple of light, cheerful songs into the finished product. Instead of encouraging Neil to write these rollicking, effortlessly hooky pop songs, Rubin brings the moody undercurrents of "Girl, You'll Be a Woman Soon" and "Solitary Man" to the forefront, pushing Diamond toward somber, introspective territory that his music suggested but never truly explored in the past. To highlight this mood, Rubin keeps the arrangements spare, even skeletal, reminiscent of the monochromatic nature of his Cash collaborations. 12 Songs also shares with American Recordings a creeping sense of mortality, but where that sounded natural coming from Johnny Cash, it's slightly affected here, since even when Diamond attempts to reach inward it's offset by his natural inclination toward hamminess. And that flair for the theatrical almost begs out for arrangements that are a little bit more fleshed out than what's here -- not something as slickly cold as what he did in the late '70s, but something similar to the rich yet fruity orchestrations Catalano brought to Diamond's best songs.

But if 12 Songs does occasionally come across as slightly affected in its intent and presentation, it also is inarguably Neil Diamond's best set of songs in a long, long time. Diamond's writing is not only more ambitious than it has been in years, but it's also more fully realized; the songs are tightly written, with the melodies bringing out the emotions in the lyrics. Similarly, Diamond also sounds engaged as a performer, singing with passion and unexpected understatement; it's his most controlled, varied vocal performance ever, and even if Rubin's production is a bit too stark, it does force listeners to concentrate on the songs, which makes this a better case for Diamond's talents as a songwriter than most of his other albums. And that's why 12 Songs is, in a way, even more welcome than American Recordings. Where Cash's comeback confirmed what everybody already knew about him, this presents a side of Neil Diamond that's never been heard on record and, in the process, it offers a new way of looking at the rest of his catalog -- which is a pretty remarkable achievement, but the best thing about 12 Songs is that it's simply one of the most entertaining, satisfying albums Diamond has ever released." - All Music