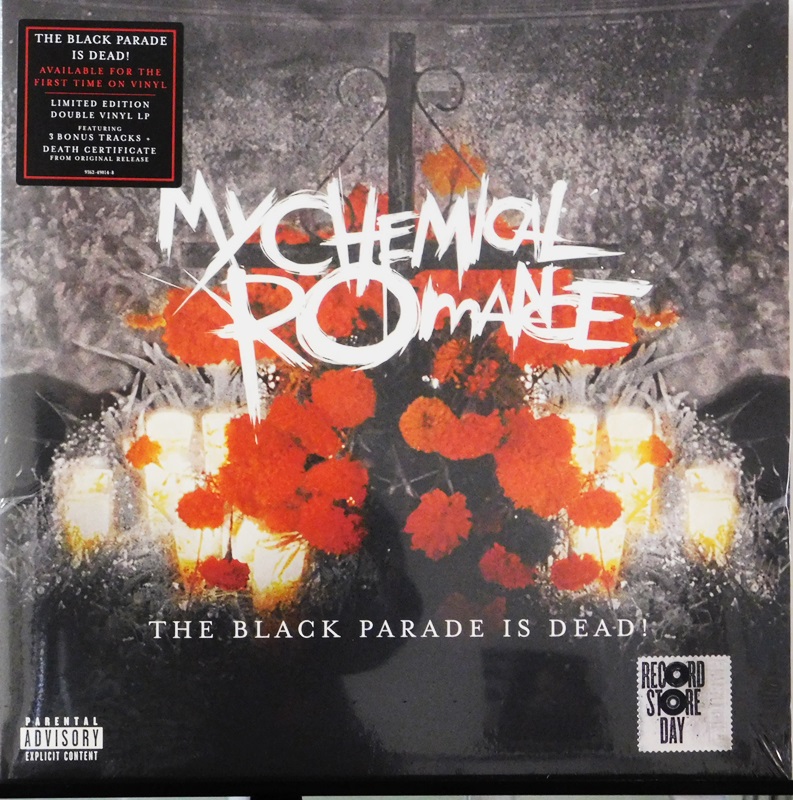 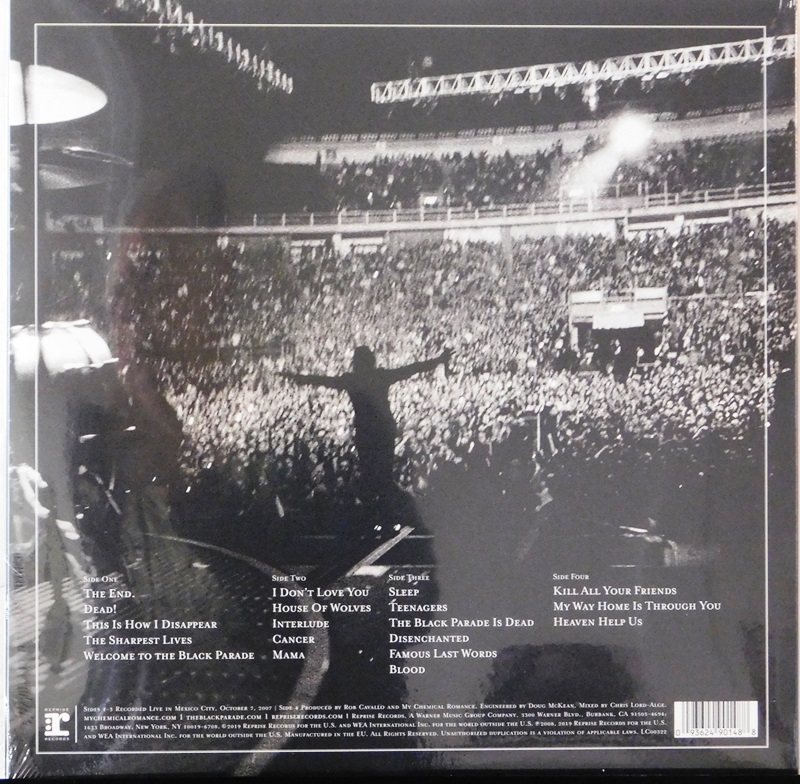 The Black Parade Is Dead!

RSD 2019. Originally released as a DVD, The Back Parade Is Dead features My Chemical Romance's final performance as "The Black Parade" from the Palacio de los Deportes in Mexico City, Mexico on October 7, 2007. The album features three bonus tracks on side D that were not included in the initial release. This is the first time that this project has been released on vinyl.