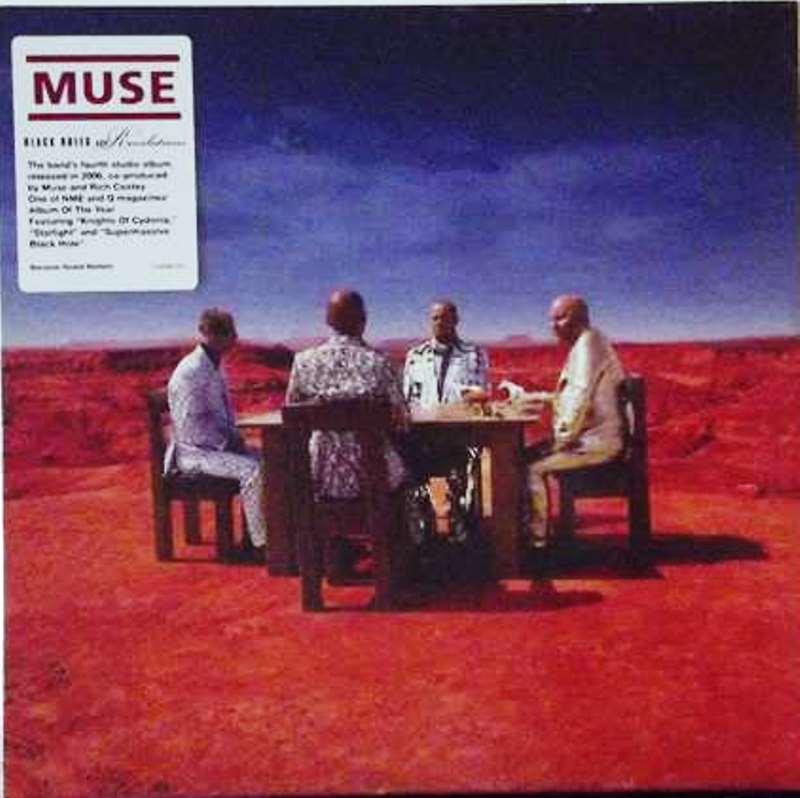 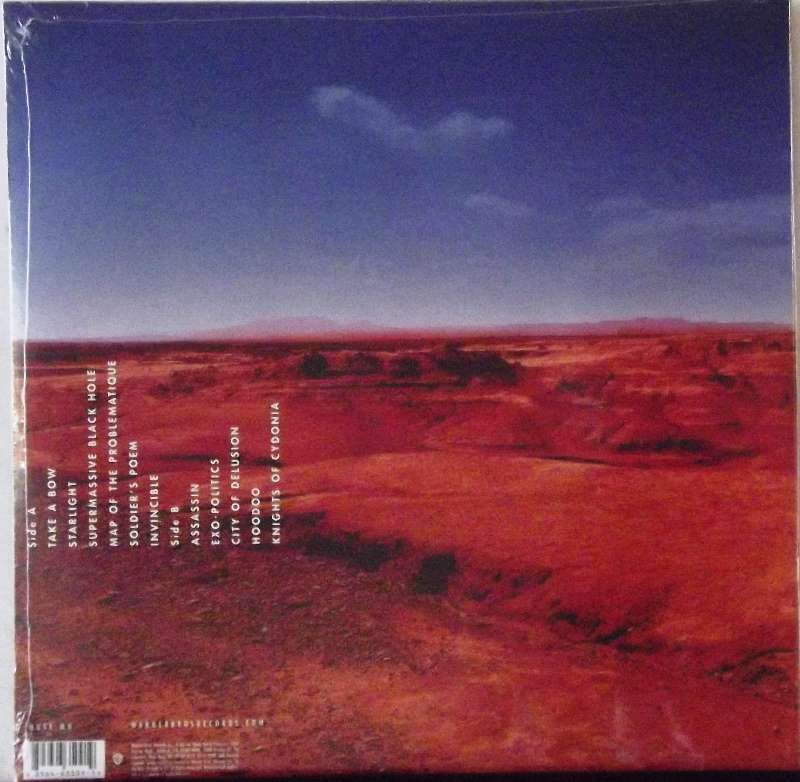 Sealed - Brand new vinyl. Made in the EU.

Black Holes and Revelations is the fourth studio album by English alternative rock band Muse, released on 3 July 2006 in the United Kingdom. It gets its title from a line in the song "Starlight" which is the second track on the album. Recording was split between New York and France, and it was the first time Muse had taken a more active role in the album's production. The album was a change in style from Muse's previous albums, and the band cited influences that included Depeche Mode, Millionaire, Lightning Bolt, Sly and the Family Stone, and music from southern Italy.[3]

Black Holes and Revelations was placed at #34 in a public vote conducted by Q Magazine for "The Best British Albums of all time" in February 2008.

Like their two previous albums, Black Holes and Revelations has political and science-fiction undertones, with the lyrics covering topics as varied as political corruption, alien invasion, revolution and New World Order conspiracies as well as more conventional love songs.