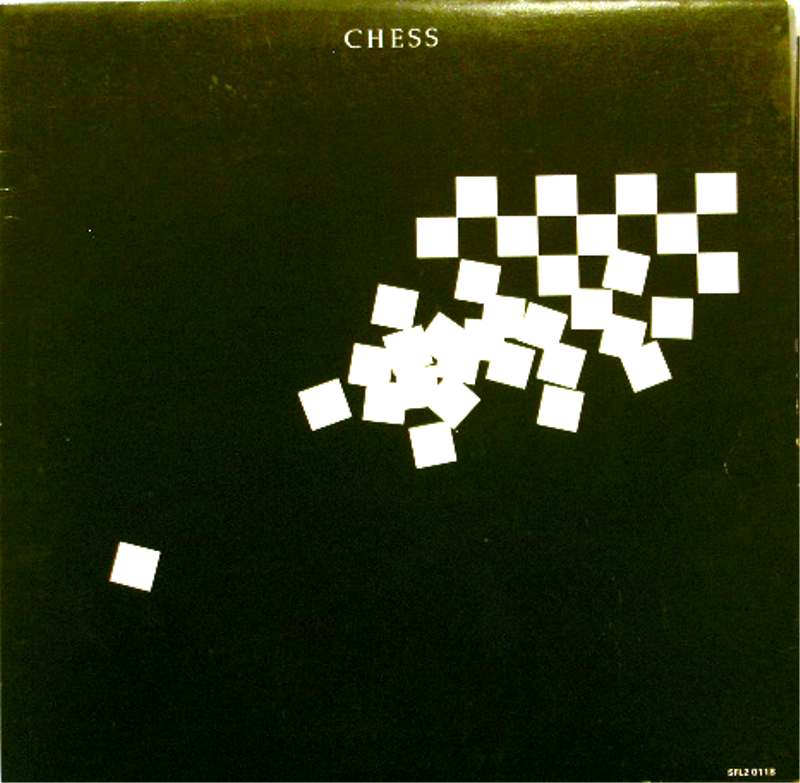 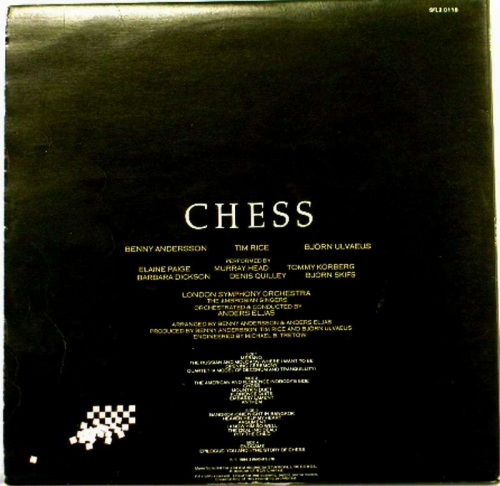 Chess is a musical with music by Benny Andersson and Björn Ulvaeus of the pop group ABBA, lyrics by Tim Rice, and a book by Richard Nelson based on an idea by Rice. The story involves a politically driven, Cold War–era chess tournament between two grandmasters from America and the USSR and their fight over a woman who manages one and falls in love with the other. Although the protagonists were not intended to represent any real individuals, the character of the American grandmaster (named Freddie Trumper in the stage version) was loosely based on Bobby Fischer,[1] while elements of the story may have been inspired by the chess careers of Russian grandmasters Viktor Korchnoi and Anatoly Karpov.[2]

Chess was a significant and powerful piece of music theater for its time as it allegorically reflected the Cold War tensions present in the 1980s. The musical has been referred to as a metaphor for the whole Cold War, with the insinuation being made that the Cold War is itself a manipulative game.[3] Released and staged at the height of the strong anti-communist agenda that came to be known as the "Reagan Doctrine",[4][5]Chess addressed and satirized the hostility of the international political atmosphere of the 1980s.

Like several other productions, namely Jesus Christ Superstar and Evita, a highly successful concept album  was released prior to the first theatrical production in order to raise money. In the case of Chess, the concept album was released in the autumn of 1984 while the show opened in London's West End in 1986 where it played for three years. A much-altered U.S. version premiered on Broadway in 1988, but survived only for two months. Chess is frequently revised for new productions, many of which try to merge elements from both the British and American versions, but no major revival production of the musical had been attempted until 2018, when revivals were planned for both the West End and Broadway.

Chess placed seventh in a BBC Radio 2 listener poll of the U.K.'s "Number One Essential Musicals".[6]

With a new orchestration, Chess enjoyed a successful revival in Kristianstad, Sweden, performed in Swedish.  An expanded program ultimately performed 47 shows to standing ovations every night.  Thereafter, three different new revivals of the musical followed, one in London's West End,[7] one on Broadway[8][9][10][11] and one touring five different theaters in Denmark, [12] that will all premiere in 2018. Also, Chess premiered  in Finland in September 2018 at Svenska Teatern.