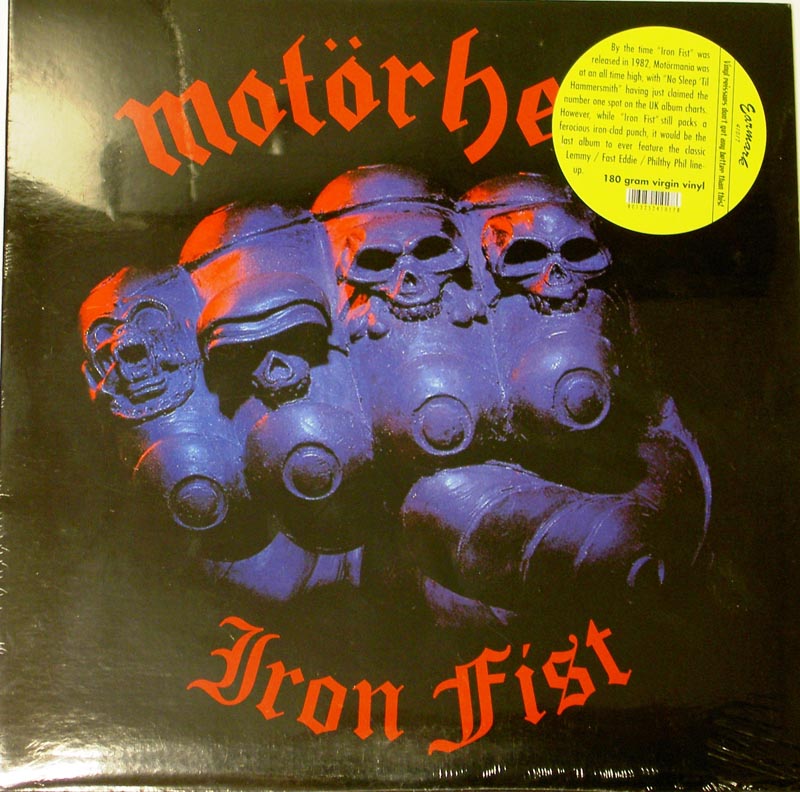 Sealed - Brand new 180 gram vinyl with gatefold cover with free download. Made in the EU.

Iron Fist is the fifth studio album by the band Motörhead, and was released 17 April 1982, on Bronze Records. It would be the last of the 'classic' line up of Kilmister, Clarke and Taylor. Iron Fist peaked at No. 6 on the UK album charts.[2] It was preceded by the release of the title track "Iron Fist" as a single on 3 April, which peaked in the UK singles chart at #29.[3]