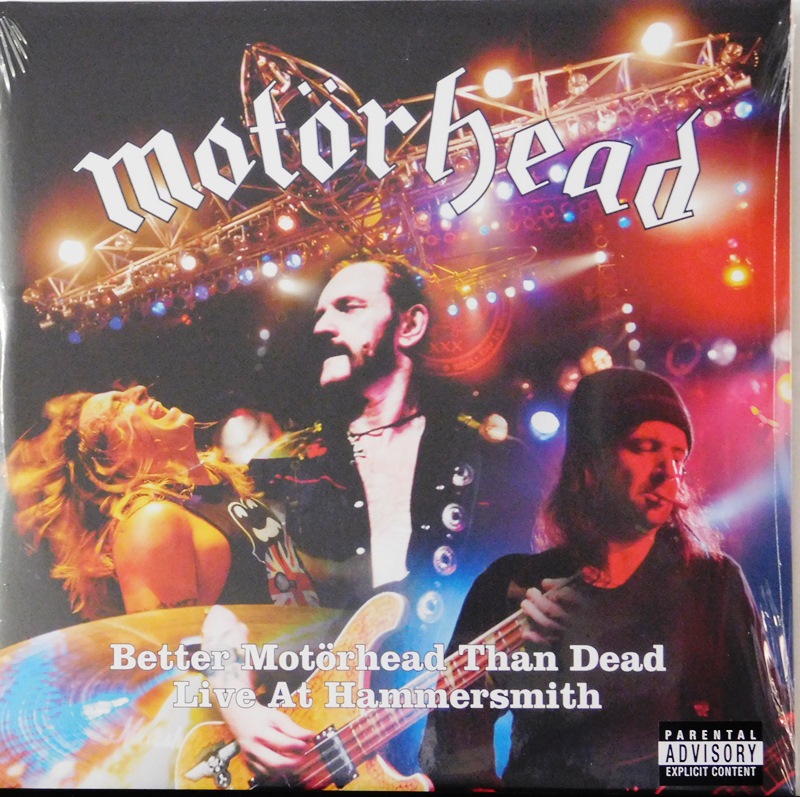 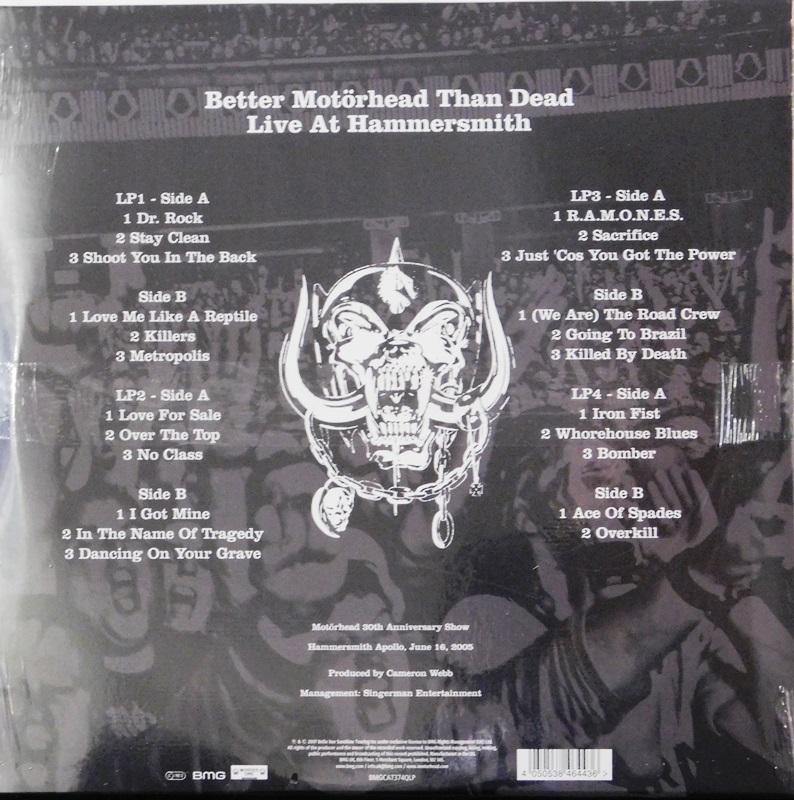 Better Motörhead than Dead: Live at Hammersmith is the ninth live album by the band Motörhead, and is the entire concert of their 30th anniversary show at the Hammersmith Apollo in London on 16 June 2005. It was released on 16 July, 2007, on Steamhammer, and is the third live album, tenth album in total, with the label.[3

Motörhead have always stated that they are a touring band, which has kept them on their feet a lot more than record sales ever did; especially over the mid 1980s to the mid 1990s, when they had massive label issues, from 1984 to 1994 specifically. The lineup of Lemmy, Zoom and Mikkey (on this album) has been the most consistent one, since Würzel left the band. Mikkey Dee joined in 1992 during the end of making the March or Die album – 14 years prior to this album, and at this point equalling Phil "Philthy Animal" Taylor's time on the drums – whilst Phil "Zööm" Campbell joined in 1984, with Michael "Würzel" Burston, and never left the band.

When it comes to the Motörhead that most people since the early 1990s have seen live, this is it.

Some critics have used their forums, such as Allmusic and Blabbermouth, to point out that by this stage Motörhead seemed to be churning out live albums. But this can be expected from a band that has lived on the road, and finally got some respect.

The band seem to have been trying to make up for the many years of missing out on good, quality, live material put out to the public. Since their seminal No.#1 UK hit album, No Sleep 'til Hammersmith, was released they have struggled match it, as 1988s follow up album, Nö Sleep at All, was not nearly as good in record sales. It would be over a decade until the next live album, Everything Louder Than Everyone Else in 1999, recorded in 1998 in Germany, was released to the public, and it was quickly followed by Live at Brixton Academy in 2003, their 25th anniversary concert from 2000. So this album is putting out a statement that they have always wanted to do good by the fans, but haven't had the label to back them, until signing with Steamhammer.