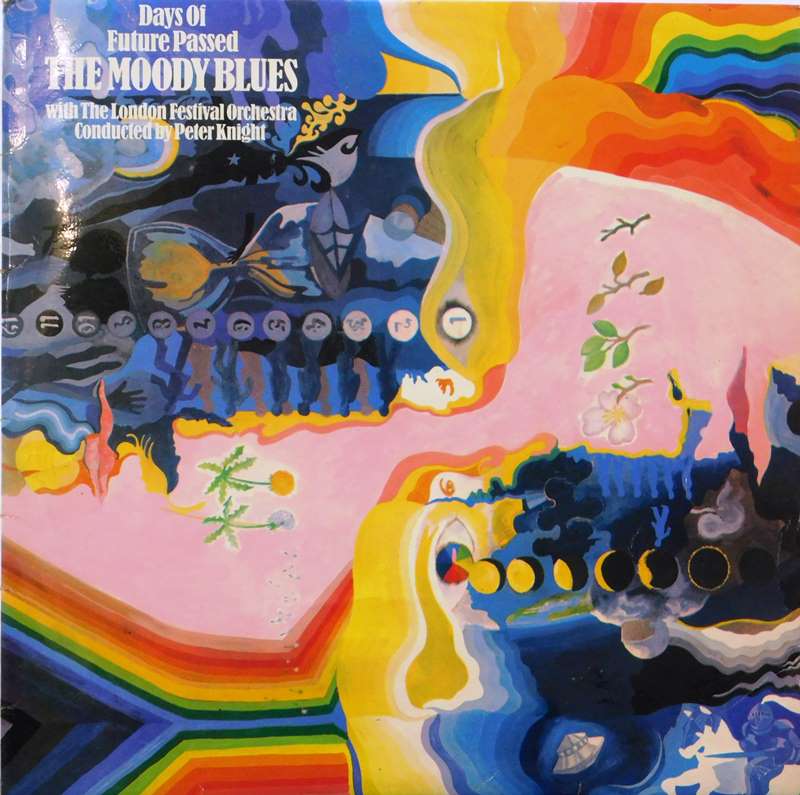 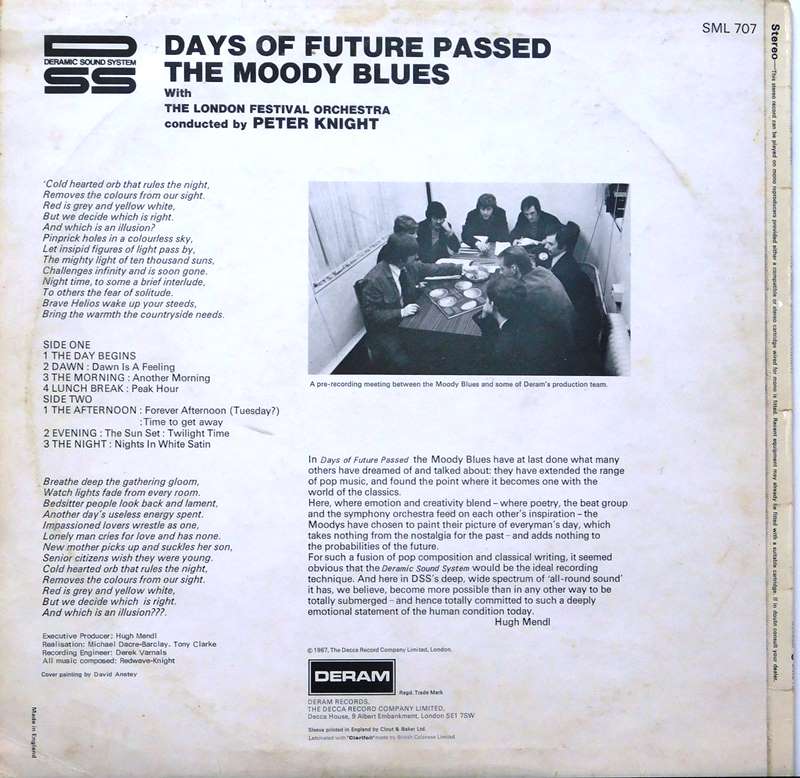 Days of Future Passed is the second album and first concept album by English prog rock band The Moody Blues, released in November 1967 by Deram Records.[7] With its fusion of orchestral and rock elements, it has been cited as one of the first examples of progressive rock.

The album was recorded at a time when the Moody Blues were suffering financial difficulties and lack of critical and commercial success. Their parent label, Decca Records offered them a chance to record a stereo LP that combined their music with orchestral interludes. They decided to compose a suite of songs about the life of everyday man, with the group and orchestra mostly playing separately and mixed together. It was a moderate success upon release, but following steady radio airplay, particularly of the hit single "Nights in White Satin", it became a top ten US hit in 1972. It has since been listed among the most important albums of 1967 by Rolling Stone.