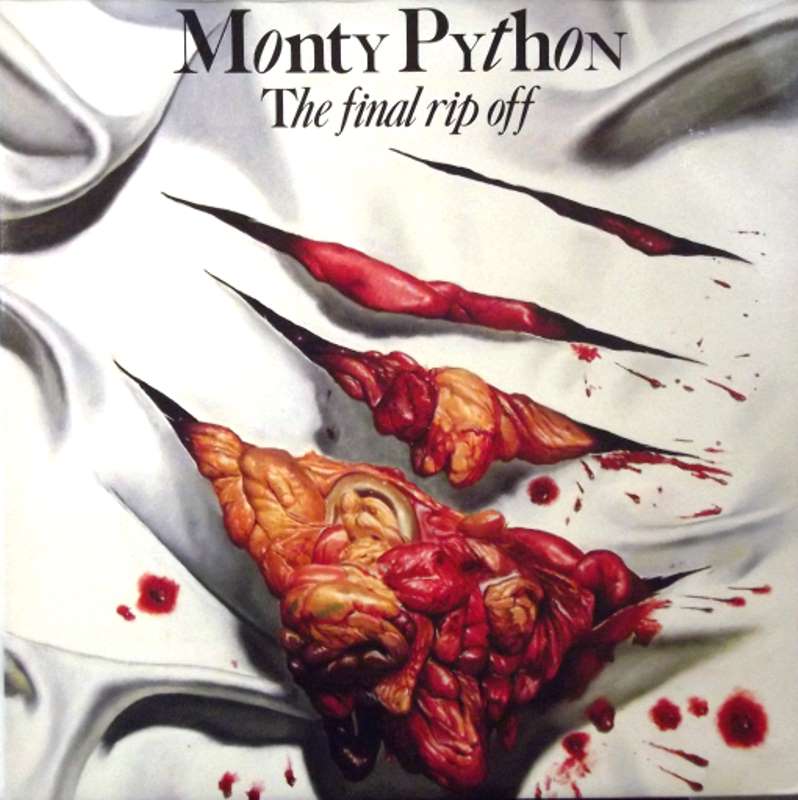 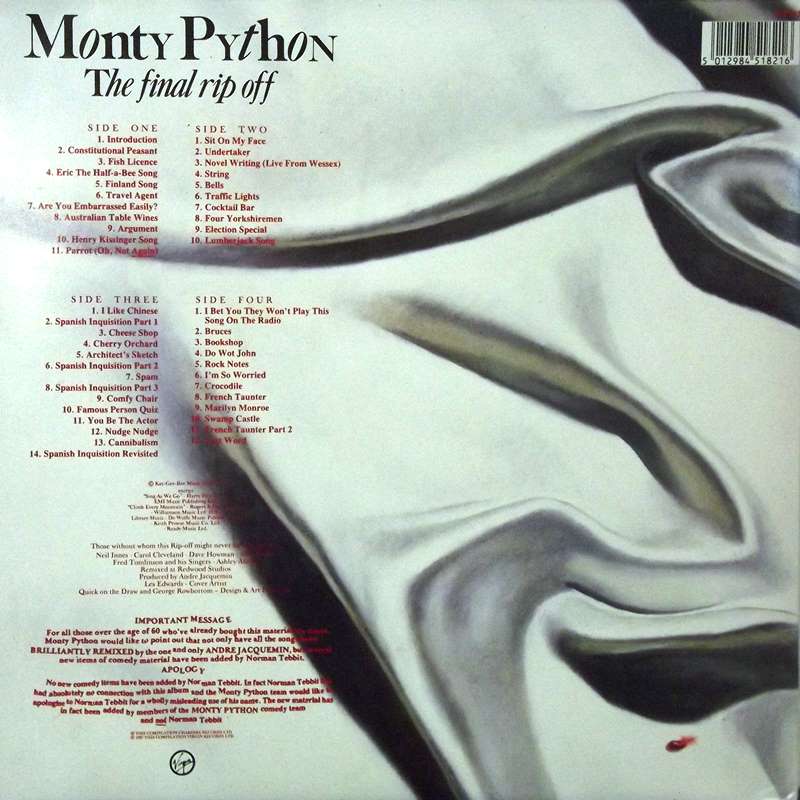 The Final Rip Off

Very smart double album housed in a gatefold cover both vinyl and cover in great condition.

The Final Rip Off is a compilation double album by Monty Python, released in 1987. It was the team's first release on Virgin Records, after the label acquired the rights to their back catalogue previously released on Charisma. The set contains material from those six albums, but not from the Life of Brian or The Meaning of Life soundtracks, which were released on other labels. Michael Palin added some new linking material while all the songs were remixed by producer Andre Jacquemin including one, "Henry Kissinger", which featured a previously unreleased section. Contrastingly, the selections from Another Monty Python Record and Live at Drury Lane were mixed from stereo into mono. The cover art, with its graphic image of spilling guts, was illustrated by Les Edwards.