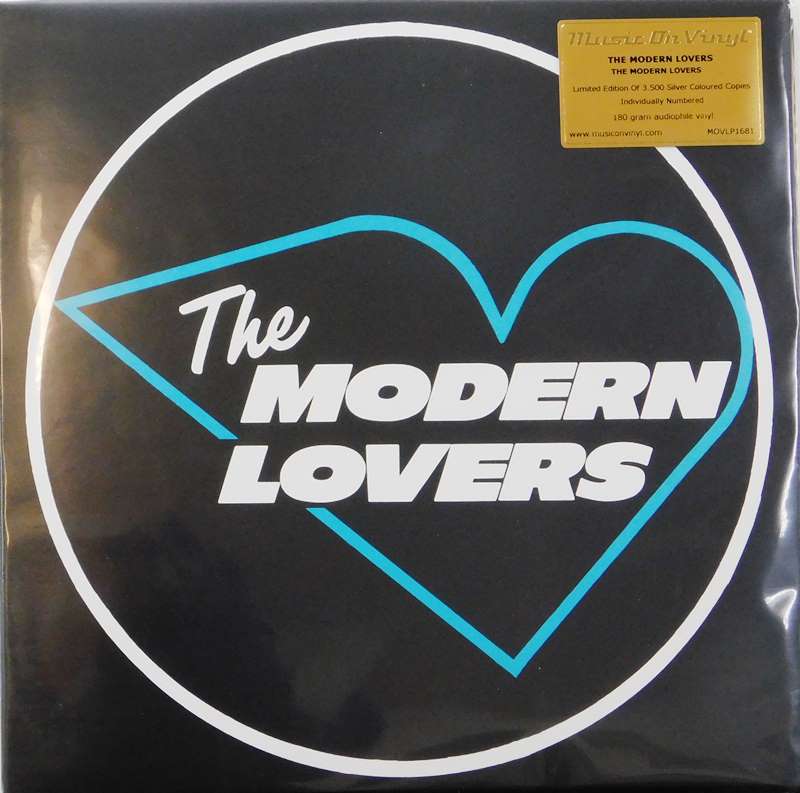 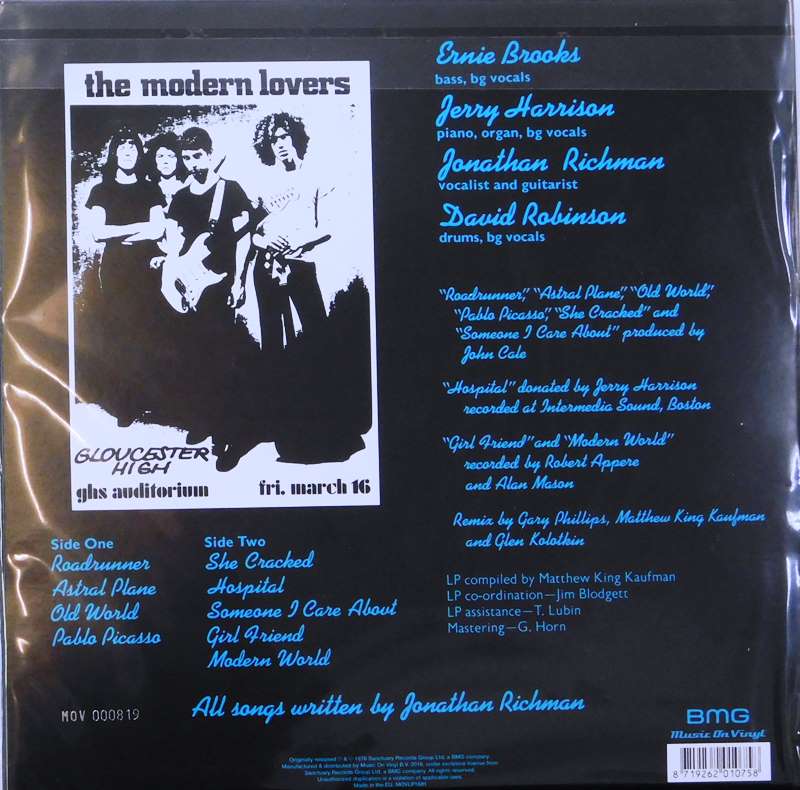 This is the eponymous debut studio album by the American Rock band the Modern Lovers, originally released in 1976. Six tracks ('Roadrunner', 'Astral Plane', 'Old World', 'Pablo Picasso', 'She Cracked' and 'Someone I Care About') were produced by John Cale.

The  Modern Lovers  influenced numerous aspiring punk rock  musicians  on  both  sides  of  the Atlantic,  including the Sex Pistols, whose early cover of 'Roadrunner' was placed on The Great Rock 'n' Roll Swindle. The album was included in Robert Dimery's 1001 Albums You Must Hear Before You Die. In 2003, the album was listed on Rolling Stone magazine's list of the 500 greatest albums of all time.