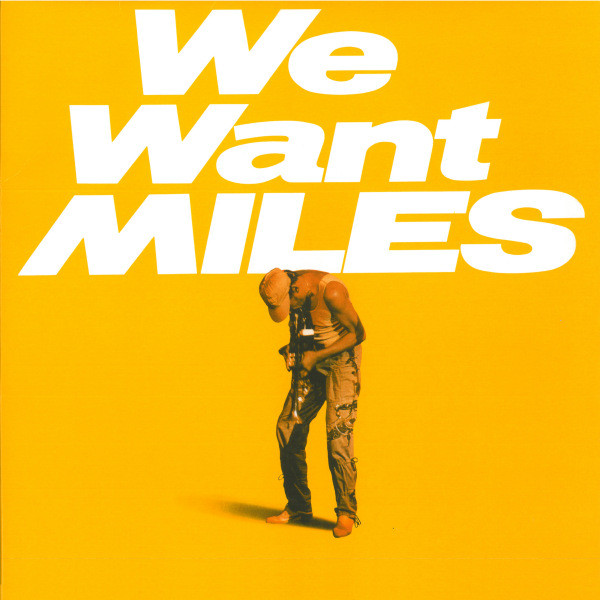 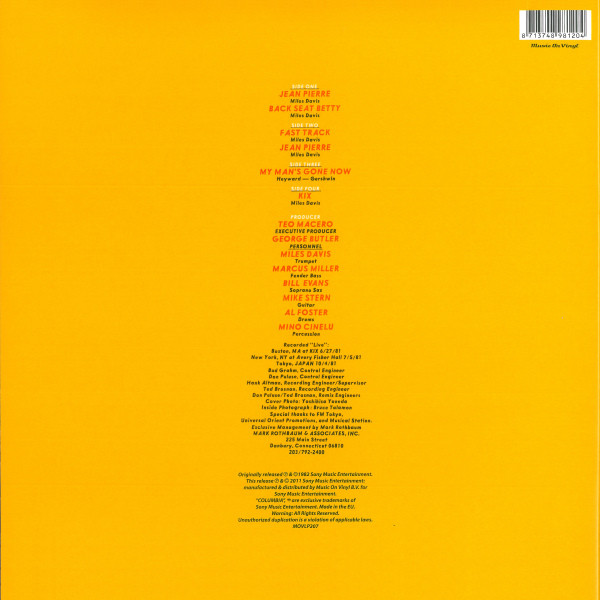 We Want Miles is a double album recorded by jazz trumpeter Miles Davis in 1981, produced by Teo Macero and released by Columbia Records in 1982. The album combines recordings from the first live appearances by Davis in more than five years, at Boston's Kix Club, on June 27, 1981. Other tracks were recorded at Avery Fisher Hall, New York City, on July 5, and a specially prepared stage at Nishi-Shinjuku in Tokyo, Japan, October 4 of that year.

Miles Davis had returned to the studio in 1980, after a long hiatus during which he left the trumpet alone and focused on women and cocaine, according to his autobiography.[5] Changing some personnel while recording The Man with the Horn, he formed a live band consisting of Mike Stern on guitar (replacing Barry Finnerty), Al Foster on drums, Mino Cinelu on percussion (he had replaced Sammy Figueroa), Bill Evans on soprano, and Marcus Miller on bass.[6] By this time it had been six years since he played live.[7]

Davis secured a two-performance gig on July 2, 1981, at the Kool Jazz Festival (the name given to the old Newport Jazz Festival while it was held in New York City, at Avery Fisher Hall), but first played four shows at Kix, a club in Boston. Recordings from these shows, with a recording from an October date in Japan, were used to compile We Want Miles.[6] It was for the shows at Kix, 26–29 June, that he hired Cinelu, whom he saw play percussion at a New York City club (Cinelu having just fortuitously switched from drums—Davis was looking for a percussionist, not a drummer). After the show Davis put his hand on Cinelu's arm and said, "You're a motherfucker". Cinelu didn't recognize Davis, who was in poor health, but when he was told who it was, returned to Davis who asked for his number. Soon after Davis called him, saying "come to the studio, you motherfucker". He attended an impromptu jam session at Davis's apartment with Mike Stern, playing with a cymbal and some drums, and was hired.[8]

Rehearsals were mostly jam sessions, though technical preparations were meticulous and included the development of a wireless system for Davis's trumpet. The younger band members were somewhat disconcerted by the looseness of the rehearsals (Stern especially was worried), but this organization, with no music written down beyond basic song structures, was exactly what Davis wanted.[9]