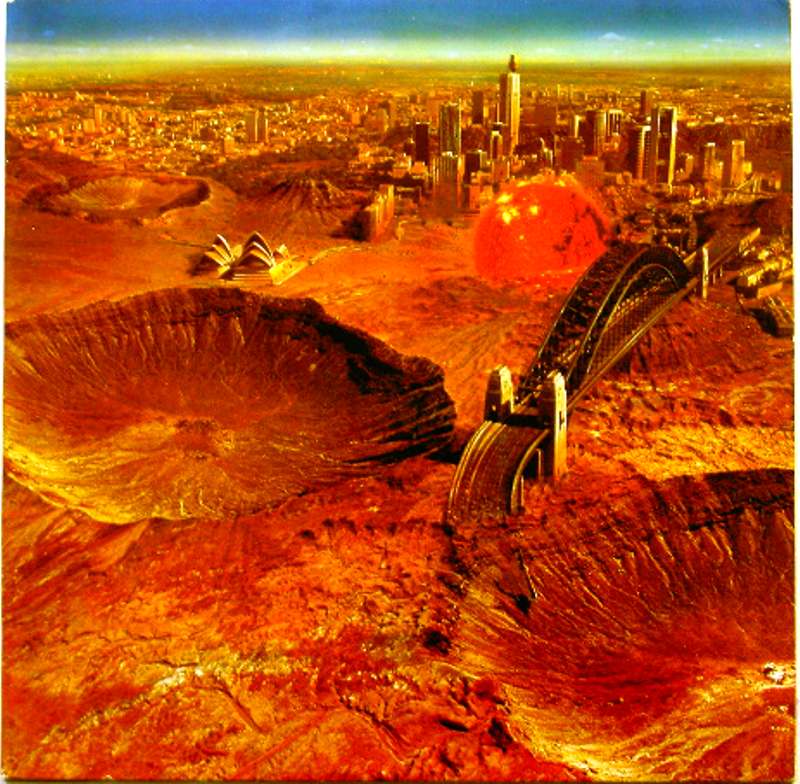 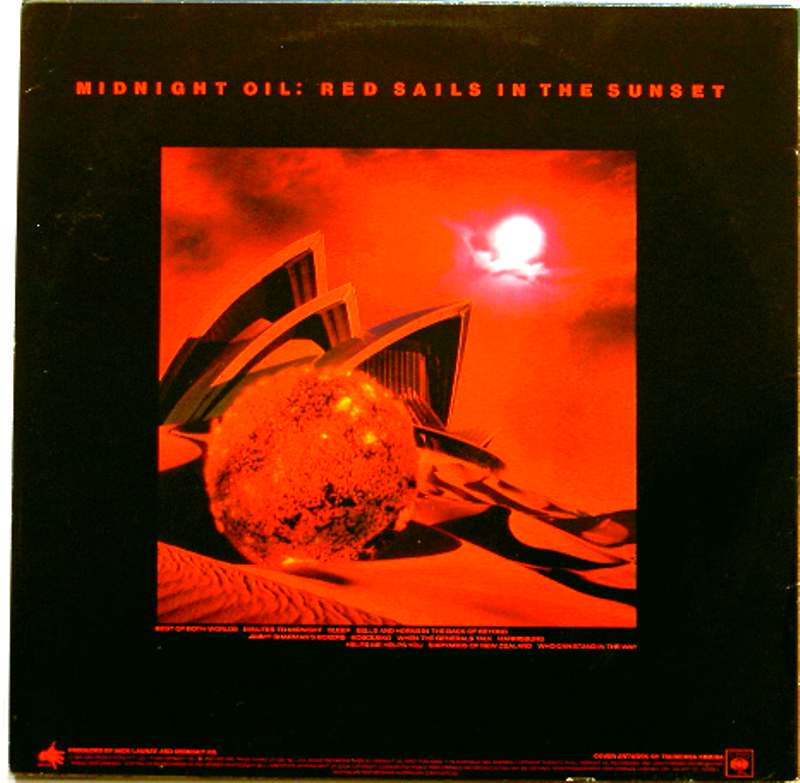 Red Sails In The Sunset

Red Sails in the Sunset is a rock album by Australian group Midnight Oil which was released in October 1984 under the Columbia Records label. It was recorded and produced in Tokyo, Japan and is significant for becoming their first No. 1 album in Australia – it also entered the United States Billboard 200. The cover image, by Japanese artist Tsunehisa Kimura, depicts Sydney Harbour after a hypothetical nuclear strike. Some of its tracks were performed live in January 1985 at a Sydney Harbour Goat Island concert to celebrate radio station Triple J's 10th birthday, which was simulcast on ABC Television and subsequently re-broadcast on their then-Tuesday night music program Rock Arena. In 2004 the film footage later became part of a DVD album, Best of Both Worlds. Red Sails in the Sunset contains the only Midnight Oil tracks with lead vocals provided by their drummer Rob Hirst, "When the Generals Talk" and "Kosciusko". The album spawned two singles, "When the Generals Talk" and "Best of Both Worlds" but neither appeared on the Australian singles chart.