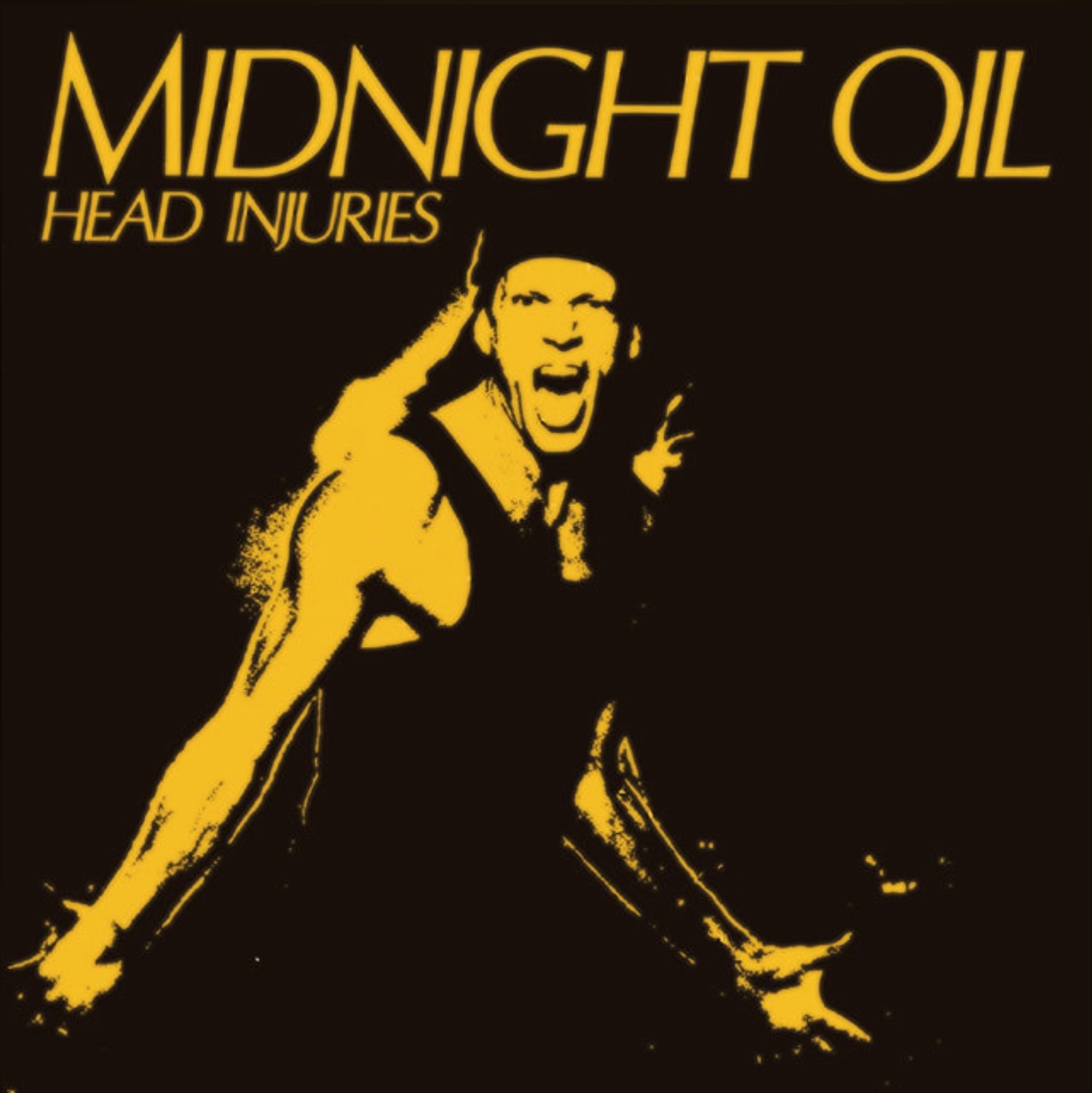 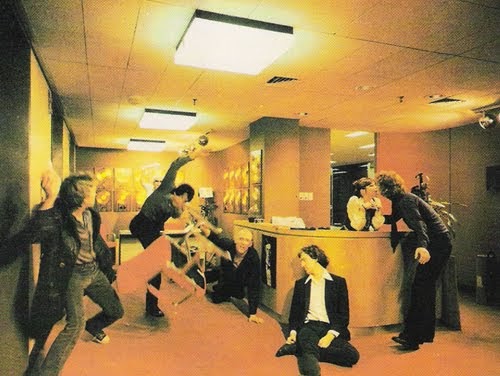 Head Injuries is the second studio album by Australian pub rockers Midnight Oil, which was released in October 1979 on their own Powderworks label and distributed by Columbia Records. The album was produced by Leszek J. Karski, recorded at 'Trafalgar Studios' in Sydney (Engineer: Peter J. Walker, Photography: Philip Morris). It was the last Midnight Oil album to feature founding bass guitarist Andrew James, who quit the band due to illness. It peaked at No. 36 on the Australian Kent Music Report and by mid-1980 had achieved gold status.

The iconic Midnight Oil logo with the open hand, appeared first on the back cover of the 1978 eponymous album "Midnight Oil" (Design: Jan Paul & Midnight Oil). It is featured on all other albums, publications, merchandise and their touring equipment. It comes from a photo of Peter Garrett's left hand on the inner sleeve of the first album. (On the back of "Head Injuries" the hand is incorrectly facing up, turned 90 degrees).

The album was certified platinum in Australia in 2014.[1]