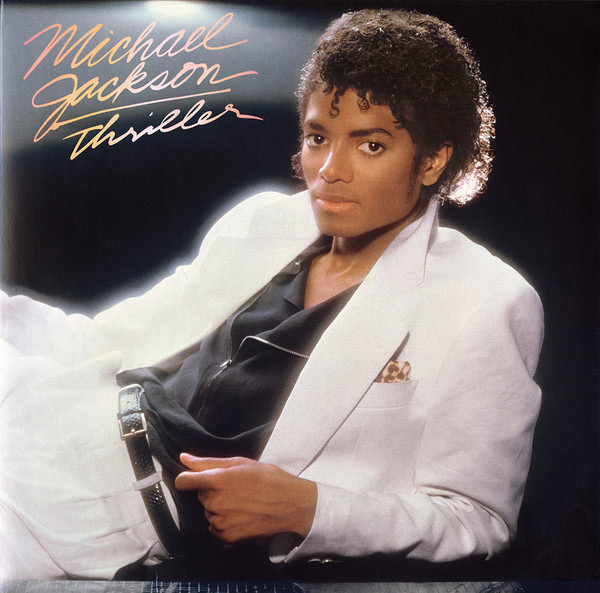 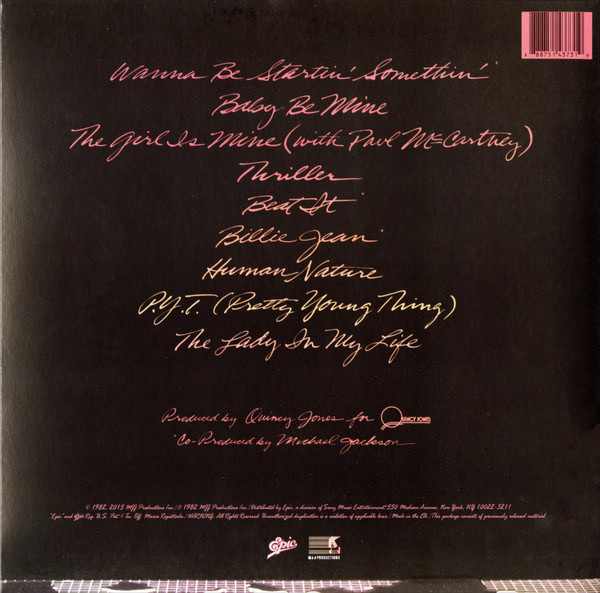 Thriller is the sixth studio album by American singer and songwriter Michael Jackson, released on November 30, 1982, by Epic Records. It was produced by Quincy Jones, who had previously worked with Jackson on his 1979 album Off the Wall. Jackson wanted to create an album where "every song was a killer". With the ongoing backlash against disco, he moved in a new musical direction, resulting in a mix of pop, post-disco, rock, funk, and R&B sounds. Thriller foreshadows the contradictory themes of Jackson's personal life, as he began using a motif of paranoia and darker themes. The album features a single guest appearance, with Paul McCartney becoming the first artist to be featured on one of Jackson's albums. Recording took place from April to November 1982 at Westlake Recording Studios in Los Angeles, with a production budget of $750,000.

Thriller became Jackson's first number one album on the US Billboard Top LPs & Tapes chart, where it spent a record 37 weeks at number one, from February 26, 1983, to April 14, 1984. Seven singles were released: "The Girl Is Mine", "Billie Jean", "Beat It", "Wanna Be Startin' Somethin' ", "Human Nature", "P.Y.T. (Pretty Young Thing)", and "Thriller". They all reached the top 10 on the US Billboard Hot 100 chart, setting the record for the most top 10 singles from an album, with "Beat It" and "Billie Jean" reaching number one. Following Jackson's performance of "Billie Jean" in Motown 25: Yesterday, Today, Forever, where he debuted his signature moonwalk dance, the sales of the album significantly increased, selling one million copies worldwide per week. The "Thriller" music video was premiered to great anticipation in December 1983 and played regularly on MTV, which also increased the sales of the album.

With 32 million copies sold worldwide by the end of 1983, Thriller became the best-selling album of all time. It was the best-selling album of 1983 worldwide, and it was the first album to become the best-selling in the United States for two years, in 1983 and 1984. The album broke racial barriers in popular music, enabling Jackson's appearances on MTV and meeting with President Ronald Reagan at the White House. It was among the first to use music videos as promotional tools; the videos for "Billie Jean", "Beat It" and "Thriller" are credited for transforming music videos into a serious art form. The album's success set the standard for the music industry with its songs, music videos, and promotion strategies influencing artists, record labels, producers, marketers, and choreographers.

Thriller remains the best-selling album of all time, with sales of 70 million copies worldwide. It is the second-best-selling album in the United States and was certified 34× platinum by the Recording Industry Association of America (RIAA) in 2021. It won a record-breaking eight Grammy Awards at the 1984 Grammy Awards, including Album of the Year, while "Beat It" won Record of the Year. Jackson also won a record-breaking eight American Music Awards at the 1984 American Music Awards. The album is often credited by critics and publications as one of the greatest albums of all time. It was inducted into the Grammy Hall of Fame, the Library of Congress' National Recording Registry of "culturally, historically, or aesthetically significant recordings", and the "Thriller" music video was inducted into the National Film Preservation Board's National Film Registry of "culturally, historically, or aesthetically significant films".