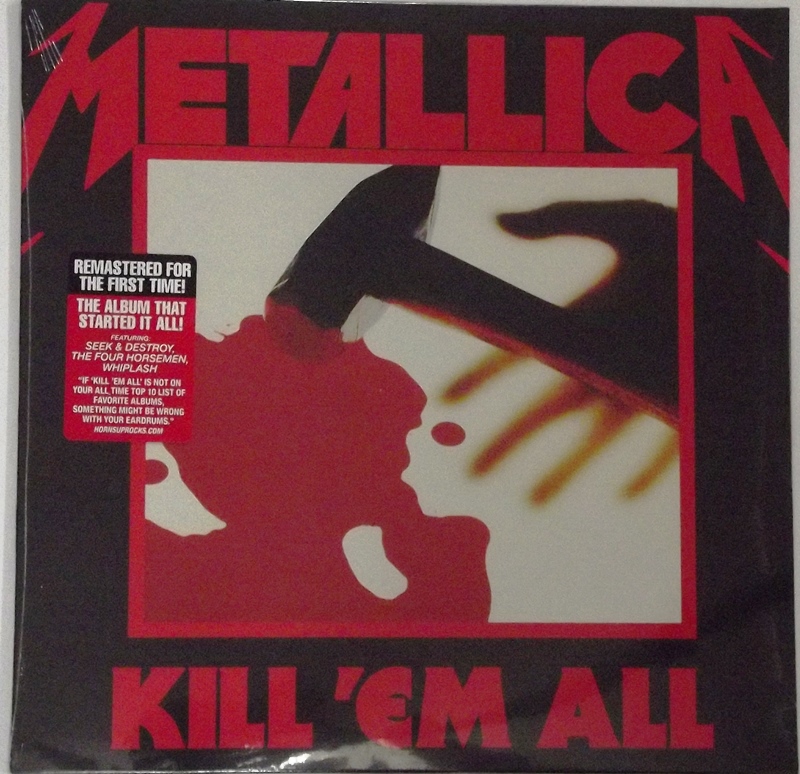 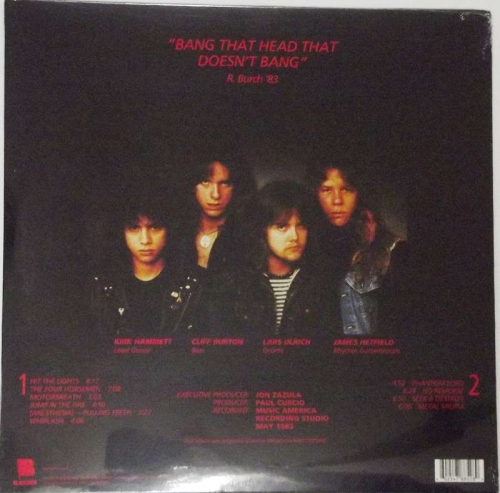 Kill 'Em All is the debut studio album by the American heavy metal band Metallica, released on July 25, 1983, by the independent label Megaforce Records. Kill 'Em All is regarded as a groundbreaking album for thrash metal because of its precise musicianship, which fuses new wave of British heavy metal riffs with hardcore punk tempos. Its musical approach and lyrics were markedly different from rock's mainstream of the early Eighties and inspired a number of bands who followed in similar manner. The album did not enter the Billboard 200 until 1986, when it peaked at number 155, following Metallica's commercial success with its third studio album Master of Puppets; the 1988 Elektra reissue peaked at number 120. Kill 'Em All was critically praised at the time of its release and in retrospect, and was placed on a few publications' best album lists. It was certified 3× platinum by the Recording Industry Association of America (RIAA) in 1999 for shipping three million copies in the United States. The album generated two singles: "Whiplash" and "Jump in the Fire".

Metallica began by playing shows in local clubs in Los Angeles. They recorded several demos to gain attention from club owners, and eventually relocated to San Francisco to secure the services of bassist Cliff Burton. The group's No Life 'til Leather demo (1982) was noticed by Megaforce label head Jon Zazula, who signed them and provided a small budget of $15,000 for recording. The album was recorded in May with producer Paul Curcio at the Music America Studios in Rochester, New York. It was originally intended to be titled Metal Up Your Ass, with cover art featuring a hand clutching a dagger emerging from a toilet bowl. The band was asked to change the name because distributors feared releasing an album with such an offensive title and artwork would diminish its chances of commercial success. Metallica promoted the album on the two-month co-headlining Kill 'Em All for One tour with Raven in the United States. Although the initial shipment was 15,000 copies in the US, the album sold 60,000 copies worldwide by the end of Metallica's Seven Dates of Hell European tour in 1984