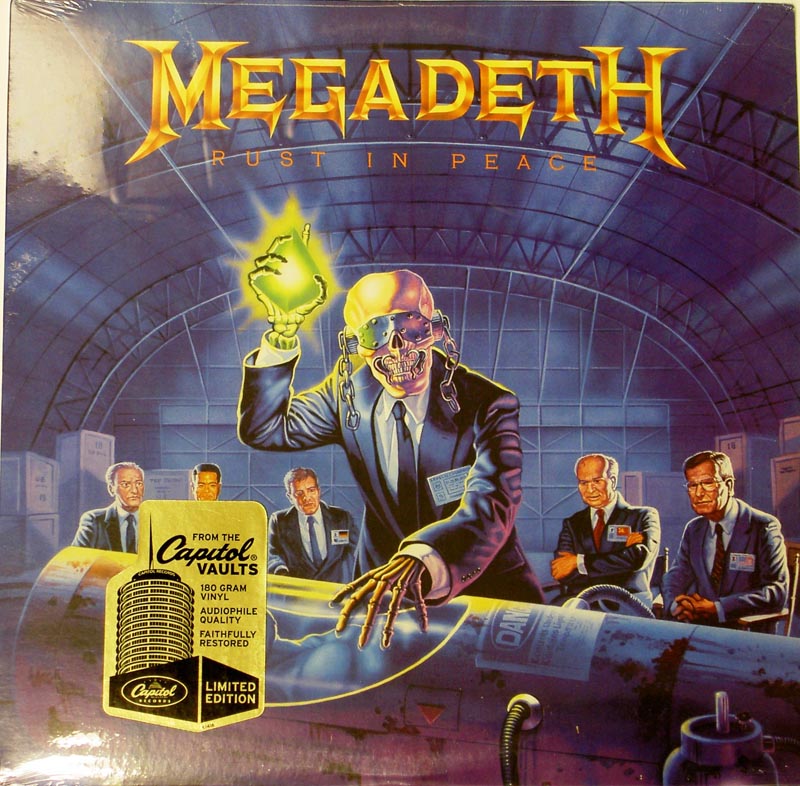 Rust in Peace is the fourth studio album by American thrash metal band Megadeth, released on September 24, 1990 by Capitol Records. Following the departure of band members Jeff Young and Chuck Behler in 1989, Rust in Peace was the first album to feature guitarist Marty Friedman and drummer Nick Menza. Rust in Peace received universal acclaim from fans and critics, and was responsible for bringing Megadeth to the attention of a mainstream metal audience. It has been cited as one of the best thrash metal records of all time by publications such as Decibel and Kerrang!, and listed as one of the 1001 Albums You Must Hear Before You Die. The album was nominated for a Grammy Award for Best Metal Performance at the 33rd Grammy Awards. At the 1991 Foundations Forum, it won a Concrete Foundations Award for Top Radio Album and the single Hangar 18 won Top Radio Cut.[4][5]

Two singles were released from the album: "Hangar 18" and "Holy Wars... The Punishment Due", which have become staples of the band's live performances. Rust in Peace features complex musical structures and lyrical themes such as nuclear war and UFOs. The album's cover art references "Hangar 18". A remixed and remastered version featuring four bonus tracks was released in 2004. In 2010, the band announced a North American tour to commemorate the album's 20th anniversary. The performance at the Hollywood Palladium was filmed and released as Rust in Peace Live on CD, DVD, and Blu-ray later that year.