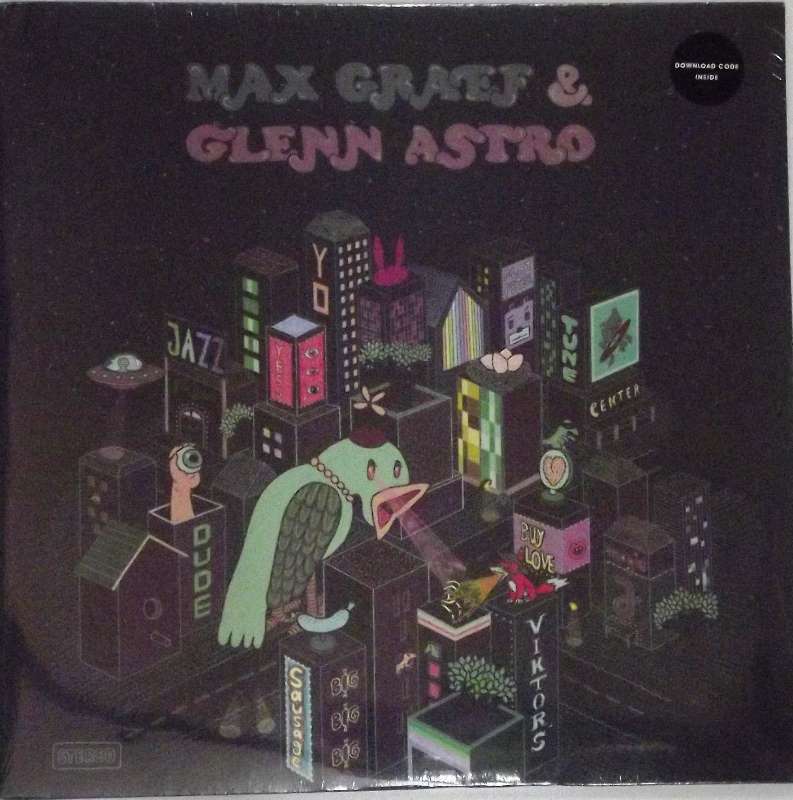 Max and Glenn are music lovers first and foremost – playing it, making it, digging for it, talking about it – music is their lifeblood. Less concerned with the world of online hype, you could describe their vibe as “old school”. Put them behind the turntables and they’ll smash out a proper 100% vinyl back-to-back set skipping between jazz, funk, hip-hop, soul and disco – the heart and the backbone of their sound – and have the whole room freaking out to Polish jazz-funk oddities.

It’s this commitment to the art and culture of DJing that has earned them props from Resident Advisor, Boiler Room and the worldwide underground at large. Lock them in the studio together and it’s the swing that grabs you when one of their productions stumbles and nearly trips out of the speakers. The duo revel in the exploration of the space in between beats, and the resulting loose-knit, roly-poly grooves that they coax from the MPC nestle comfortably amidst the deep-dug vinyl treasures that populate their DJ sets.

Let’s be clear though, we’re not talking about simple reverence to the warmth and dynamics of classic records, and we’re definitely not talking about straightforward sampling (which is by far the easiest way to imbue vintage character into your productions). Max and Glenn’s approach to the making of The Yard Work Simulator was atypical.

“We wanted to make a dance record without the obvious components,” explains Max. “It was kind of a concept album where the tracklisting existed before we produced any music. We had a list of directions and sounds for each track name and we worked through track by track. Most of the sounds and instruments are recorded and not sampled. We worked out the harmonies, themes and chord progressions very carefully.”

Taking in chunky but totally misshapen four-to-the-floor bangers Where The Fuck Are My Hard Boiled Eggs?!, Jumbo Frøsnapper and previous single Magic Johnson alongside the shuffling 7 minute breakbeat epic title track and digi-funk nuggets Money $ex Theme and Flat Peter, the result is a 10-track trip through the pair’s deliciously warped psyche, channelled through a ton of hardware. A direct extension of the album’s irreverent sonic palette, the artwork is by friend and illustrator Rahel Süßkind.

Releasing their debut albums independently for the excellent Danish label Tartelet; and also Box Aus Holz; Brandt Brauer Frick's "The Gym"; Space Hardware and WotNot Music, and together for the first time on the inaugural Money $ex Records 12” in 2015, Max (real name Max) and Glenn (real name Konstantin) originally linked up as mutual fans via Soundcloud in 2012. Konstantin was living in Essen but whenever he visited Berlin they hung out and began making music together. They would meet at OYE Records (Prenzlauer Berg), one of Berlin’s finest independent record stores run by kindred spirit and local linchpin Delfonic (real name Markus). He not only established and runs the Box Aus Holz and TORBEN imprints but he also co-founded and runs the Money $ex label with Max and Glenn.

“Besides the fact that he’s one of my favourite DJs and a really good friend, he is basically the man behind everything,” says Konstantin. “He is the one who makes it possible for us to run the label the way we want.”

Sonically and ideologically off to the left of the pristine, highly-polished dance music underground, Max and Glenn have built their reputation on short-run vinyl-only 12”s, real grass roots independent record store excitement/support, turning dancefloors on their head week in week out, and pure word of mouth. It has been solely about the music from the beginning and with The Yard Work Simulator the duo are set to spread their message even further.