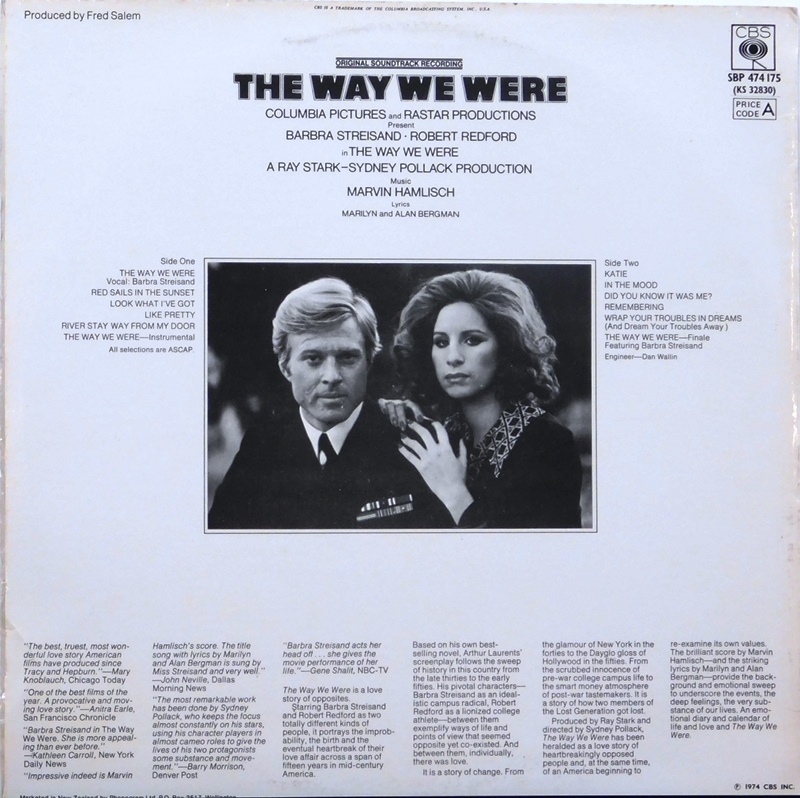 The Way We Were (Original Soundtrack Recording)

The Way We Were: Original Soundtrack Recording is the soundtrack album to the film of the same name by American singer Barbra Streisand. It was released by Columbia Records on January 1, 1974. The soundtrack comprises twelve songs, mostly written by Marvin Hamlisch, three of which are different versions of "The Way We Were". The album was mostly produced by Fred Salem, with the exception of the title track which was produced by Marty Paich. Hamlisch and Salem collaborated to create five new songs for the soundtrack, while the remaining ones are cover songs.

Critically, the staff behind AllMusic awarded the album three out of five stars. It fared well commercially, peaking at numbers 20 and 23 in the United States and Canada, respectively. It also charted in the United Kingdom in 2005. It has since been certified Gold by the Recording Industry Association of America for sales exceeding 500,000 copies