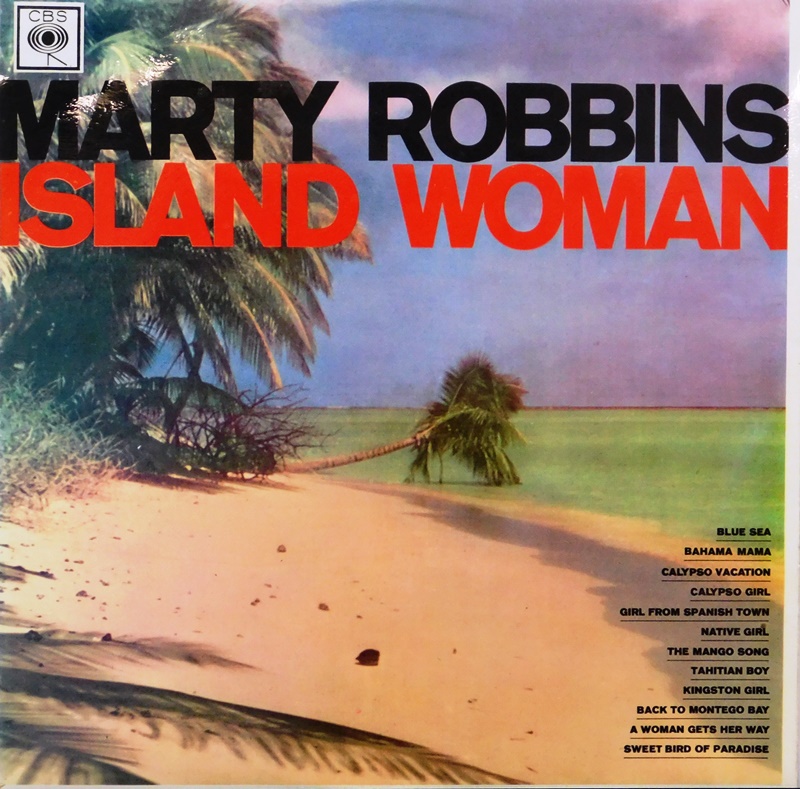 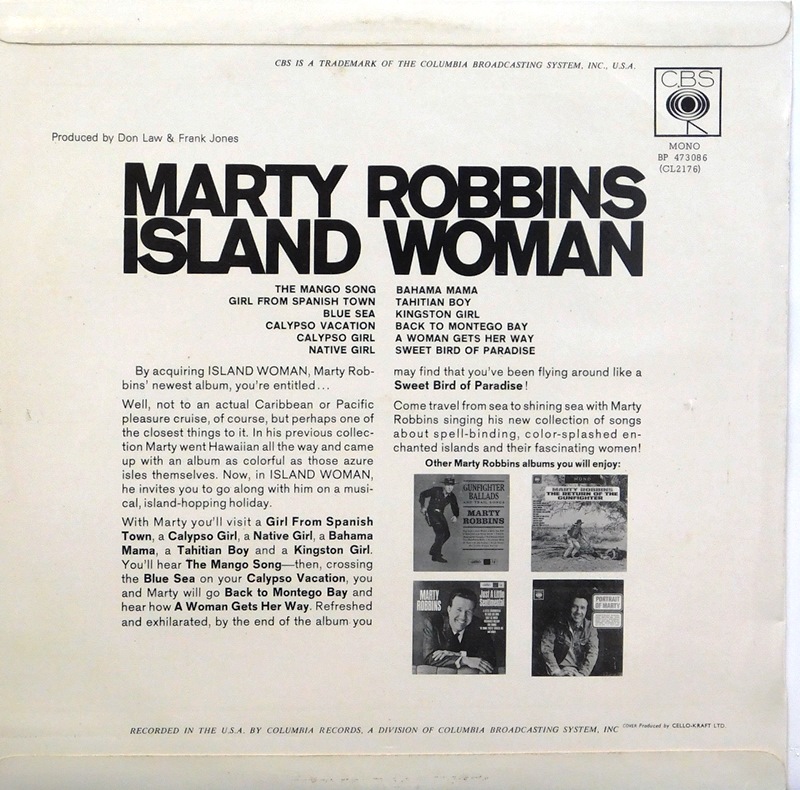 Even though this album was recorded five years after Marty's popular (even today) Gunfighter Ballads and Trail Songs album, Island Women has a little bit of a similar sound to that successful album. Of course there is Marty's voice but its the Spanish guitars that are similar and not so similar is song writing that does not measure up to the Gunfighter album. The other influence is a a few Harry Belafonte type calypso songs. I love Mary Robbins voice so its all good to me. Marty did delve into a Hawaiian phase and this album also has an island feel, well, just look at the album cover.