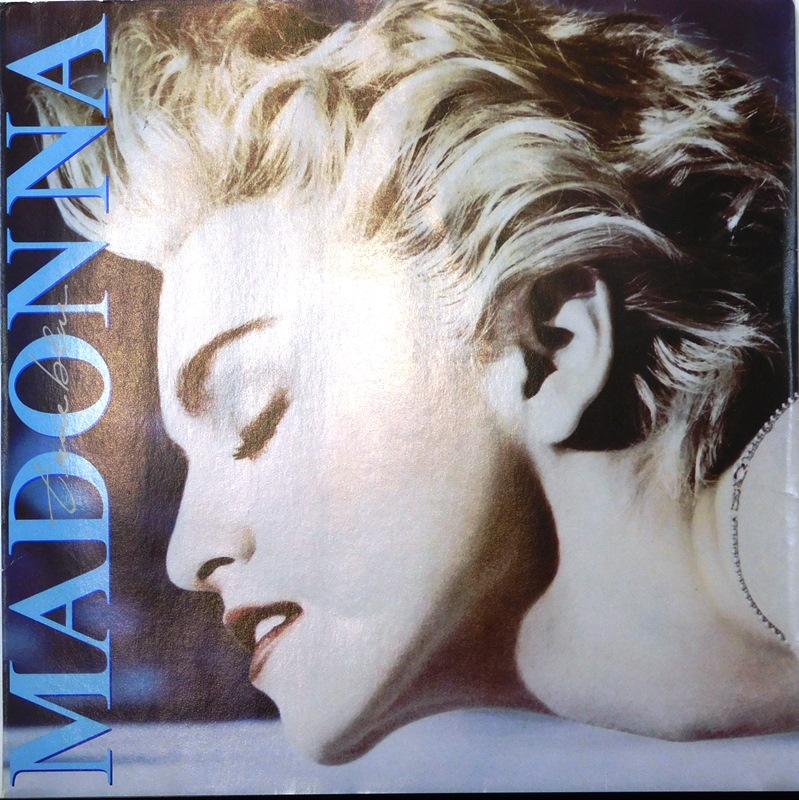 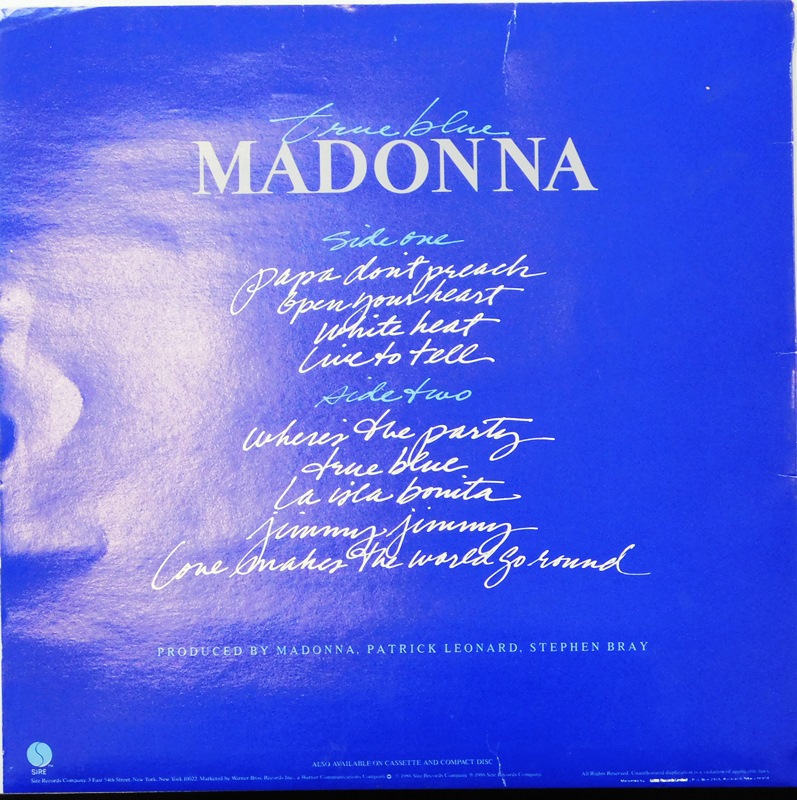 True Blue is the third studio album by American singer and songwriter Madonna, released on June 30, 1986, by Sire Records. She co-wrote and co-produced the entire album with Stephen Bray and Patrick Leonard. True Blue deals with her visions of love, work, dreams as well as disappointments, and was inspired by her then husband Sean Penn, to whom Madonna dedicated the album. Musically, the songs on the album took a different direction from her previous endeavours, incorporating classical music in order to engage an older audience who had been skeptical of her music.

The album features instrumentation from acoustic guitars, drums, synthesizers and Cuban musical instruments. The topic for the songs range from love, freedom, and in the case of "Papa Don't Preach", social issues like teenage pregnancy. After its release, True Blue received critical acclaim, with music critics who complimented the album as the archetype of the late 1980s and early 1990s pop albums. They also praised the fact that Madonna's voice sounded stronger than it did on her previous efforts, while commending Madonna's skills as a singer, songwriter and entertainer.

True Blue was an immediate global success, reaching number one in then record-breaking 28 countries across the world, including Australia, Canada, France, Germany, the United Kingdom and the United States. It spent 34 consecutive weeks at the top of the European Top 100 Albums chart, longer than any other album in history. It became the world's top-selling album of 1986,[1] as well as the best-selling album of the 1980s by a female artist. With estimated sales of over 25 million copies worldwide, True Blue remains one of the best-selling albums of all time. All five singles released from the album reached the top five on the Billboard Hot 100, with "Live to Tell", "Papa Don't Preach", and "Open Your Heart" peaking at number one.

The album was promoted on Madonna's second concert tour, the Who's That Girl World Tour, which visited cities of North America, Europe and Asia in 1987. True Blue is credited as being the album which established Madonna's position as the biggest female artist of the 1980s, rivaling male musicians like Michael Jackson and Prince. The album's singles and their accompanying music videos have sparked debates among scholars and social groups. She became the first female artist to receive the Video Vanguard Award at the 1986 MTV Video Music Awards in recognition of her impact on popular culture. The album also gave her first appearance on the Guinness Book of World Records.