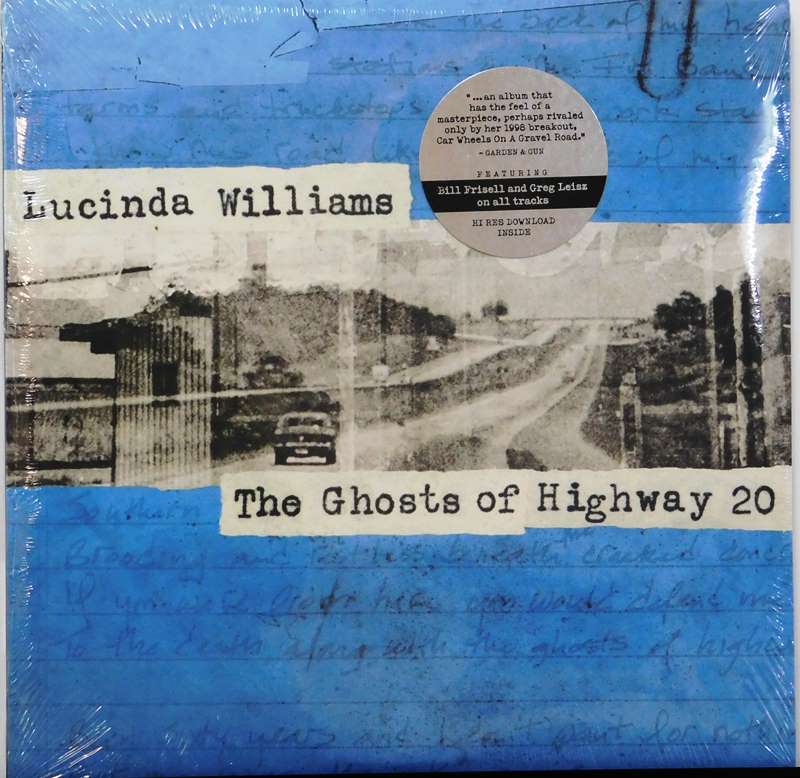 The Ghosts Of Highway 20

The unifying thread for Lucinda Williams’ circuitous career might be her own resilience. As if to spite an industry with which she’s forever wrestled, 2014’s Down Where the Spirit Meets the Bone and the new The Ghosts of Highway 20 rank among the best works of her career.

Lucinda Williams is known best for the crags of her voice, an idiosyncratic instrument capable of curling, souring, or (in its own peculiar way) soaring as the song demands. She, too, is an inarguable pioneer of what has become Americana, with her sophisticated songwriting bound to composite foundations of blues and honky-tonk, gospel and soul, folk and rock since the start of her career nearly 40 years ago. But the single unifying thread for Williams’ very circuitous career might be her own resilience.

Indeed, Williams’ doggedness pushed her from a blues-and-country cover artist in the '70s to an aspiring songwriter with a string of broken record deals in the '80s to, in the '90s, a 45-year-old singer who suddenly began to win Grammys, appear on "Saturday Night Live," and be mentioned alongside forebears and contemporaries named Dylan, Young, and Springsteen. Several years ago, the dissolution of her longtime home, Lost Highway Records, empowered Williams to launch her own imprint and audaciously issue consecutive double-albums. As if to spite an industry with which she’s forever wrestled, 2014’s Down Where the Spirit Meets the Bone and the new The Ghosts of Highway 20 rank among the best works of her career.

Williams recorded much of the material on The Ghosts of Highway 20 during the same prolific sessions and with the same sterling band that yielded the 20-track Down Where the Spirit Meets the Bone. Surrounded by understated guitar god Bill Frisell, pedal steel master Greg Leisz, and a rotating rhythm section, Williams focuses largely on the nuances of her singing. She aces the challenge, switching between roles with the precision and skill of a method actor. During the soft and sweet "Place in My Heart," where she offers a friend consolation even when it’s a burden to bear, she conjures Patsy Cline, had the country singer survived past the age of 30. But for "Dust," her second update of a poem written by her father, Williams’ voice indicts someone she’s grown tired of tending to. "Even your thoughts are dust," she seethes in the refrain, extending the simple syllables until her voice collapses in exasperation. Still, she seems to smile and wink her way through "Can’t Close the Door on Love," the sharpest ode to romantic devotion she’s ever made.