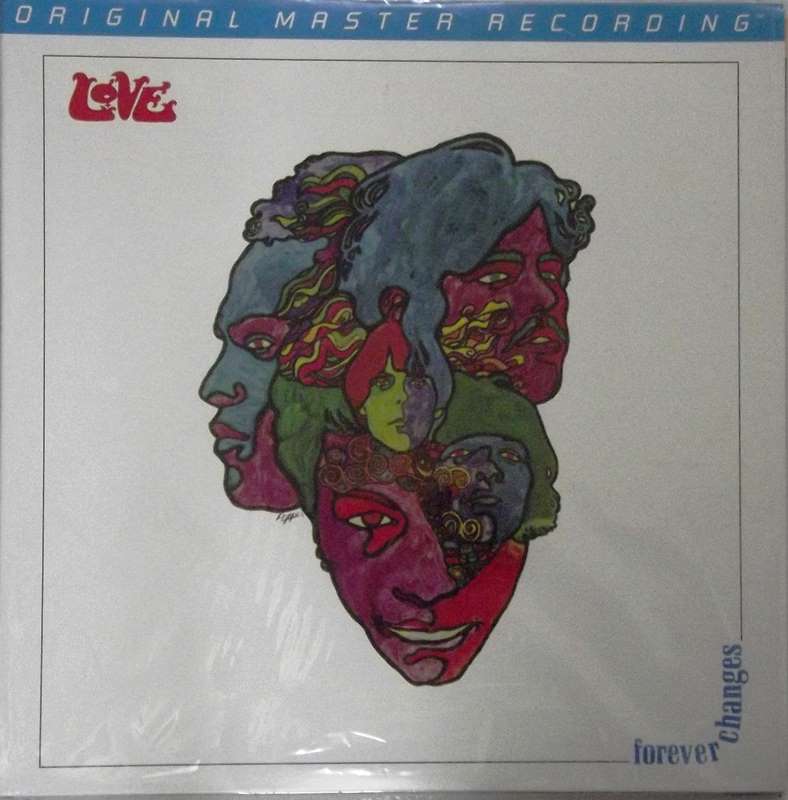 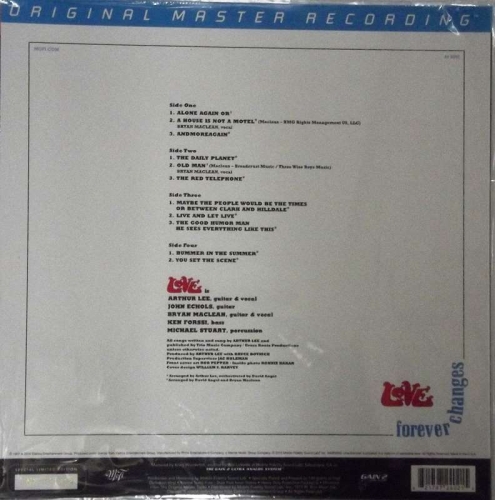 Forever Changes is the third album by the American rock band Love. It was originally released by Elektra Records in November 1967 and would be the final album by the original band, as subsequent albums featured leader Arthur Lee backed by a variety of new players.

Forever Changes failed to achieve commercial success when it was first released in 1967, but it has since become recognized as one of the finest albums to come out of the Summer of Love, ranking 40th on Rolling Stone magazine's 2003 list of The 500 Greatest Albums of All Time,[4] being inducted into the Grammy Hall of Fame in 2008 as well as being added to the National Recording Registry in May 2012.[5]