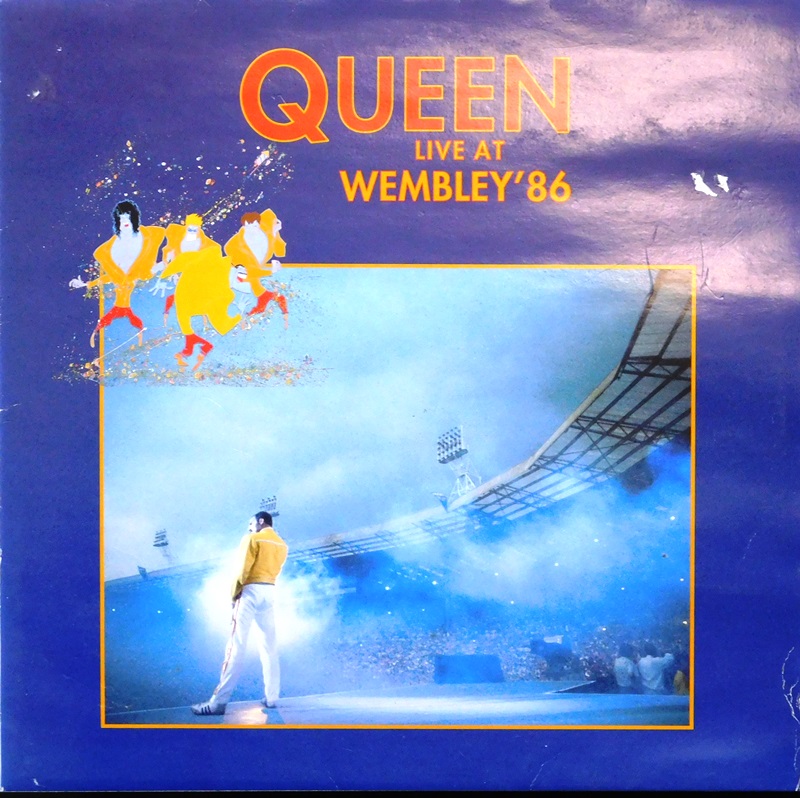 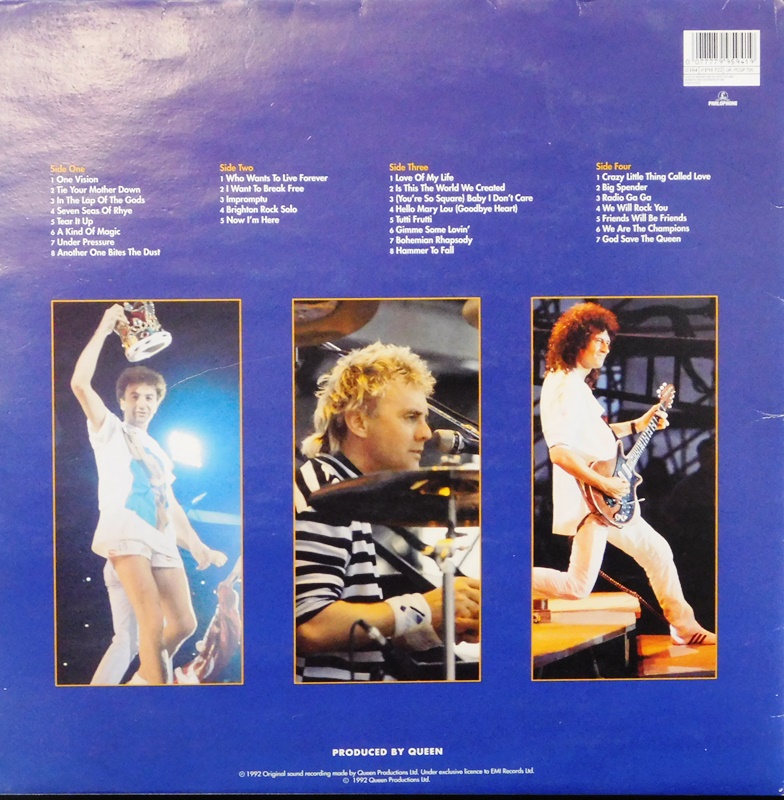 Very smart double album housed in a gatefold cover (2 small mark on front right where sticker has been removed). Includes both inner sleeves.

Live at Wembley '86 is a double live album by the English rock band Queen. It was recorded live on Saturday 12 July 1986 during the Magic Tour at Wembley Stadium in London, England. The album was released on 26 May 1992, with a companion DVD released in June 2003.

The album was remastered and re-released with bonus tracks in August 2003 in the US as Live at Wembley Stadium after the companion DVD. This name has also been used on subsequent releases elsewhere, although they lack the bonus tracks included with the US version.

A remastered special edition DVD was released on 5 September 2011 in the UK (what would have been Freddie Mercury's 65th birthday), and for the first time included the Friday evening concert in addition to the Saturday night show. Snippets of the Friday show were included on earlier DVDs, but the remastered release marked the first time that the concert has been presented in full. A Deluxe Edition also included the Saturday concert in remastered CD form.