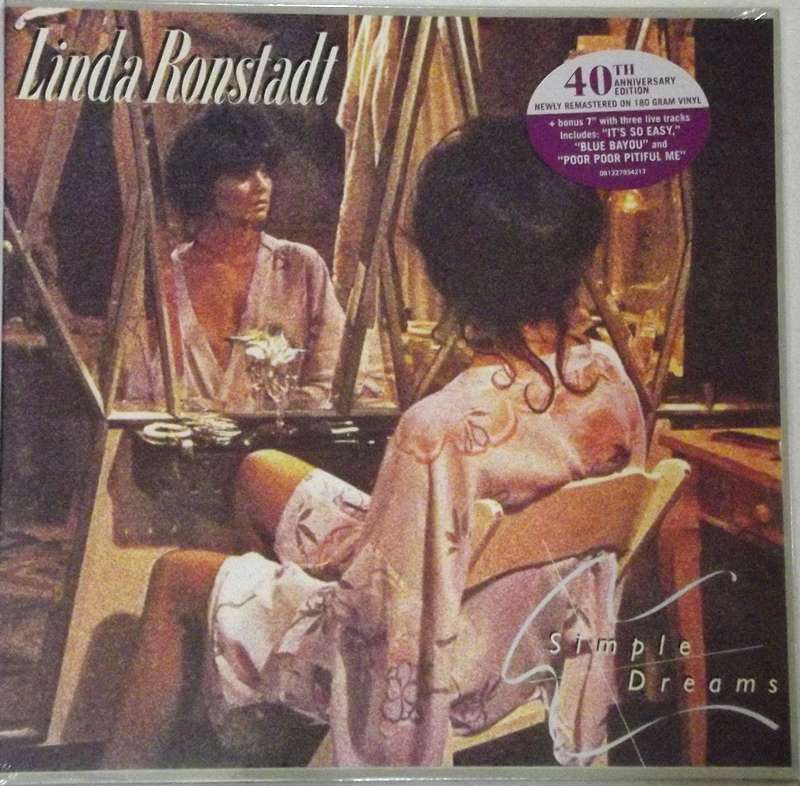 Simple Dreams is the eighth studio album by the American rock singer-songwriter Linda Ronstadt, released by Asylum Records. One of the most successful albums of Ronstadt's career, Simple Dreams spent five successive weeks at number 1 on the Billboard album chart in late 1977, displacing Fleetwood Mac's Rumours after it had held that position for a record-breaking 29 weeks. It also knocked Elvis Presley out of the number 1 position on the Billboard Country Albums chart after "The King" had held it for fifteen consecutive weeks following his death in August. It won the Grammy Award for Best Recording Package and was nominated for several other Grammy awards.

Simple Dreams was Ronstadt's fifth consecutive million-selling platinum album and sold over 3½ million copies in less than a year in the United States alone—a record for a female artist. Among female recording artists at that time, only Carole King, with her album Tapestry, had sold more copies of an album.

Originally, the cover photograph was to show Ronstadt dressed in a mini-slip and seated in front of multiple mirrors. Uncomfortable with the physical exposure, she changed into a robe, and the picture was made artificially grainy. A retouched photo from the original photo sessions was included on the inner sleeve of her platinum-plus album Greatest Hits, Volume 2, released in 1980. At the 20th Grammy Awards, John Kosh won the Grammy Award for Best Recording Package for Simple Dreams.

This album has never been out of print.