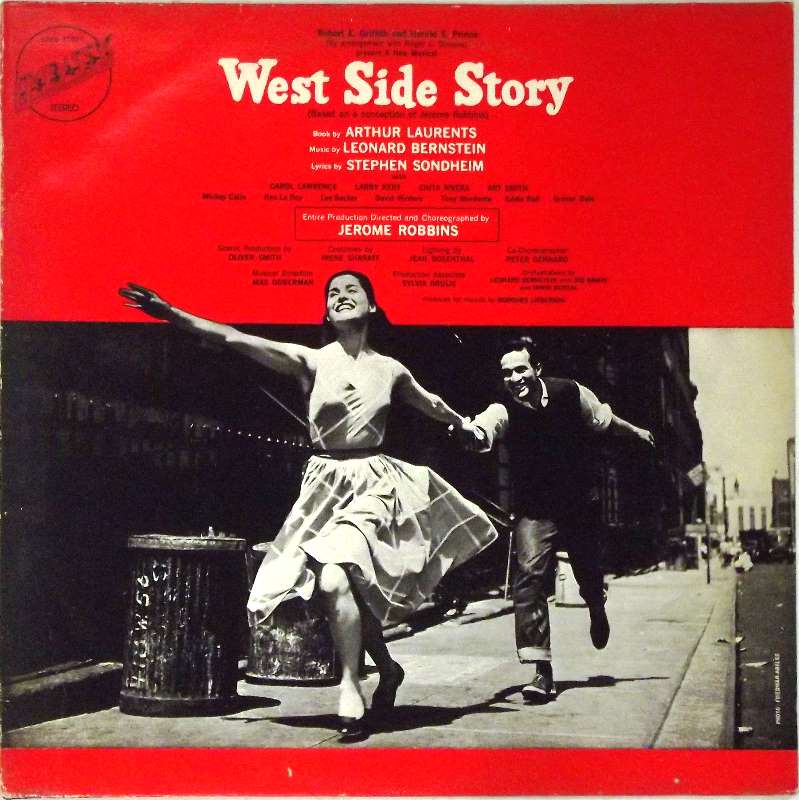 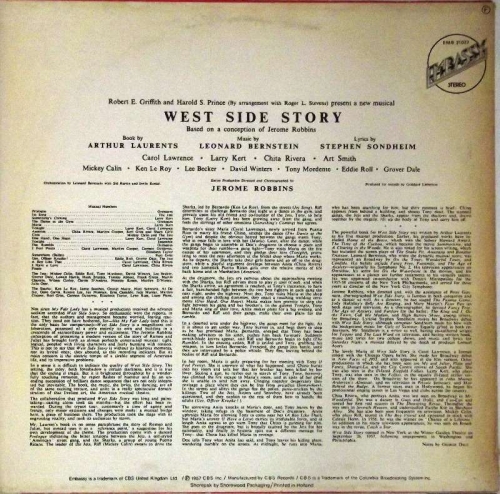 West Side Story is an American musical with a book by Arthur Laurents, music by Leonard Bernstein, lyrics by Stephen Sondheim and conception and choreography by Jerome Robbins.[1] It was inspired by William Shakespeare's play Romeo and Juliet.

The story is set in the Upper West Side neighborhood in New York City in the mid-1950s, an ethnic, blue-collar neighborhood. (In the early 1960s much of the neighborhood would be cleared in an urban renewal project for the Lincoln Center, changing the neighborhood's character.)[2][3] The musical explores the rivalry between the Jets and the Sharks, two teenage street gangs of different ethnic backgrounds. The members of the Sharks, from Puerto Rico, are taunted by the Jets, a white gang.[4] The young protagonist, Tony, a former member of the Jets and best friend of the gang leader, Riff, falls in love with Maria, the sister of Bernardo, the leader of the Sharks. The dark theme, sophisticated music, extended dance scenes, and focus on social problems marked a turning point in American musical theater. Bernstein's score for the musical includes "Something's Coming", "Maria", "America", "Somewhere", "Tonight", "Jet Song", "I Feel Pretty", "A Boy Like That", "One Hand, One Heart", "Gee, Officer Krupke", and "Cool".

The original 1957 Broadway production, directed and choreographed by Jerome Robbins and produced by Robert E. Griffith and Harold Prince, marked Sondheim's Broadway debut. It ran for 732 performances before going on tour. The production was nominated for six Tony Awards including Best Musical in 1957,[5] but the award for Best Musical went to Meredith Willson's The Music Man. Robbins won the Tony for his choreography and Oliver Smith won for his scenic designs. The show had an even longer-running London production, a number of revivals and international productions. A 1961 musical film of the same name, directed by Robert Wise and Robbins, starred Natalie Wood, Richard Beymer, Rita Moreno, George Chakiris and Russ Tamblyn. The film was nominated for eleven Academy Awards and won ten, including George Chakiris for Supporting Actor, Rita Moreno for Supporting Actress, and the Best Picture.