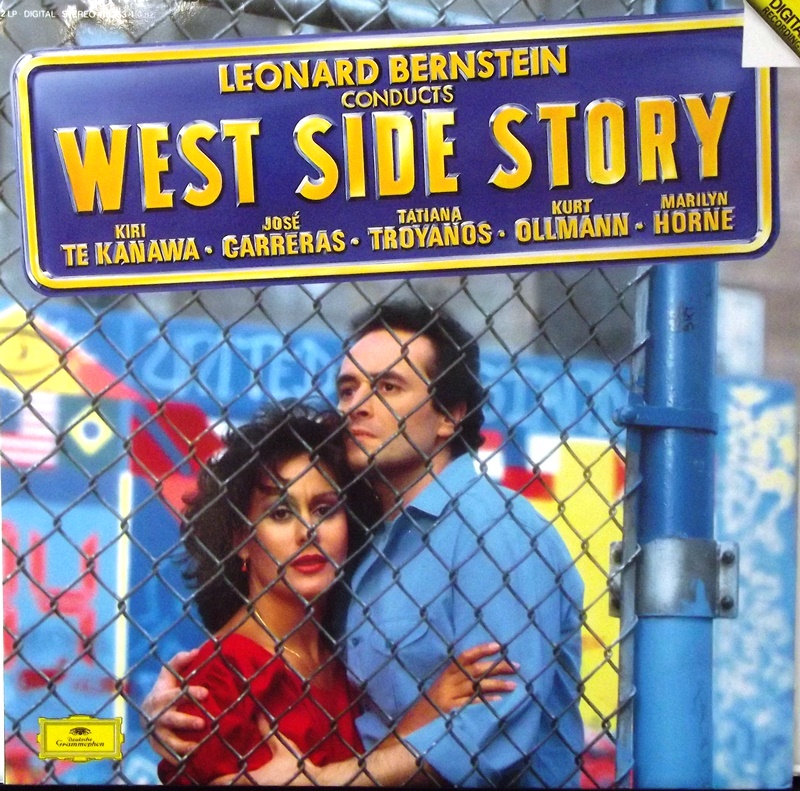 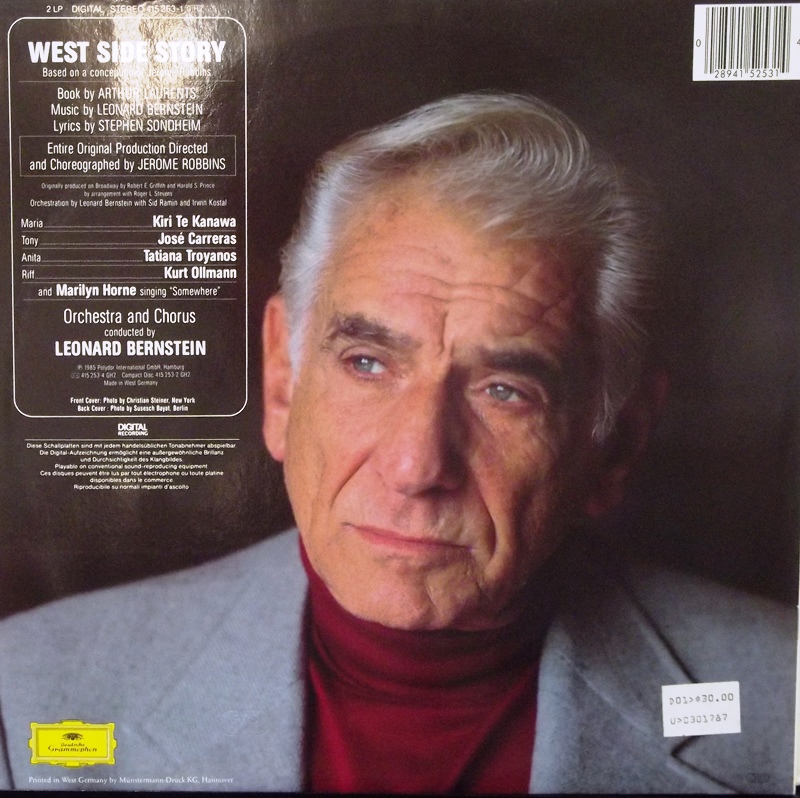 For the DG recording of West Side Story, made in September 1984 in New York, Leonard Bernstein drove down from his house in Connecticut... Dame Kiri Te Kanawa, singing Maria, flew in from the south of France where she'd been studying the score and vacationing with her family... Jose Carreras (Tony) arrived from Verona where he'd been singing in Carmen... and Tatiana Troyanos-the Anita of the recording-took a cab from her East Side apartment. She grew up on the West Side, however, near those tenement blocks whose fire escapes form the unforgettable backcloth to West Side Story. It was, to say the least, a highly unlikely cast for what is basically a Broadway show. BBC cameras filmed the week-long recording sessions, rather as they did two decades ago for Solti's Ring; what follows are some of my impressions and my conversations with the artists.

"l'd always thought of West Side Story in terms of teenagers," Leonard Bernstein told me, "and there are no teenage opera singers, it's just a contradiction in terms. But this is a recording and people don't have to look 16, they don't have to be able to dance or act a rather difficult play eight times a week. And therefore we took this rather unorthodox step of casting number-one world-class opera singers. I suppose the only foreseeable problem was that they might sound too old - but they don't they just sound marvellous!" Bernstein is specific about the reasons for his enthusiasm. "Kiri singing the part of Maria is a dream. Maria is a Puerto Rican girl and there's a dark colour in Kiri's voice, coming from the Maori blood, I suppose, that is deeply moving and just right for this part. And yet when she has to sound girlish and lyrical in the high registers, it's exactly what I want."

There are other changes of emphasis on this recording. If you know the music from the Broadway cast recording or the film soundtrack, you'll be surprised by the slow tempo for "I feel pretty", the Act 2 opener. "In the theatre," says Bernstein, "it is always played as brightly as possible to dispel the dreadful shadows at the end of Act I which closes with two corpses on stage. Ugh' 'I feel pretty' is there to say to the audience 'Don't despair, Act 2 is going to have some up moments.' But for the recording, we don't have to do that, and we can take the tempo in which I really dreamed it, which is rather elegant and lyrical."

Kiri arrived in the studio to record literally voiceless, suffering from the New York disease known as 'Airconditioningitis'. Her huskiness an hour later was just what the composer desired, while "Kiri just ate that up" was his comment on her interpretation.